Rom-Coms and their ice cream counterparts 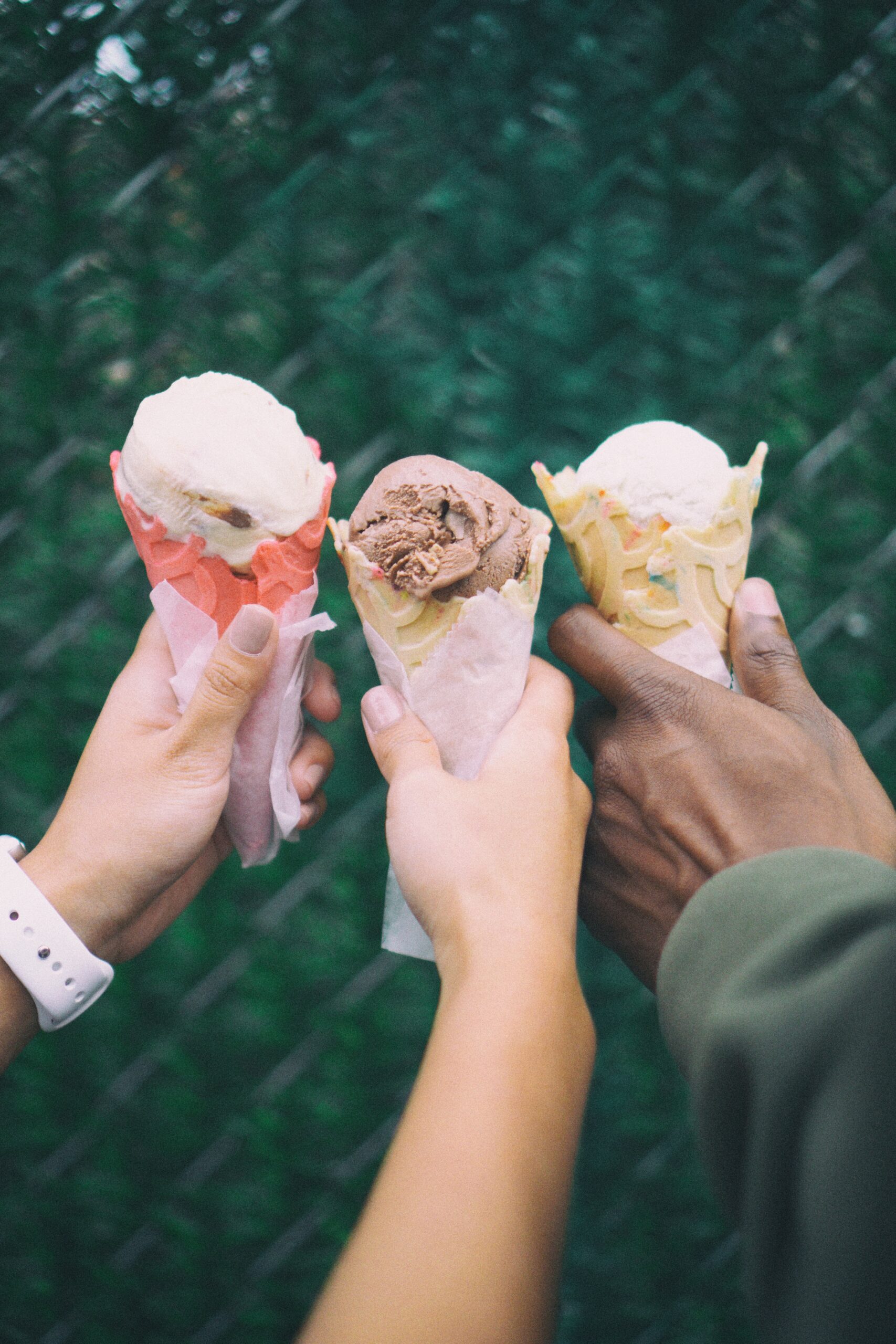 Photo by Mark Cruz on Unsplash

Well, Valentine’s Day may have come and gone, but love stories are never out of season — and neither is ice cream. We can all argue that there’s a plethora of romance or rom-com films most people gravitate towards, like “Valentine’s Day” or “The Notebook.” If you’re looking for something different to satisfy your romantic entertainment fix, how about going the extra mile and pairing it with a dairy delight? Below is list of romantic films that you may appreciate, determined by your taste buds.

It’s got a smooth base, but it’s textured, nonetheless. If you’re a fan of Rocky Road, then you’re sure to enjoy this generational classic. Two college graduates, Harry and Sally, make a pact to keep a platonic friendship. After coming back into each other’s lives ten years later, the two friends struggle to maintain their pact and foresee a “Rocky Road” ahead. Will they continue to let their pride stand in the way?

It’s pink! What more can you want when watching a rom-com and chick-flick all in one? Just how the strawberry flavor is noticeable in your dessert, so is main character Cher’s personality. The exuberant and wealthy high schooler finds herself playing matchmaker for the new girl, Tai. After finding that Tai is gaining more clout than she is, she loses faith in herself and begins to believe the boy she dreads the most — her stepbrother.

Sprinkles tossed over frozen vanilla cake mix is the way to go when watching this fantastical picture. Junior high schooler Jenna is on a mission to land a boyfriend. When she’s out of luck, she dreams about being an adult, thinking life may throw her a pass. It’s a surprise to Jenna when she wakes up 17 years older! As you divulge into your birthday dessert, be careful what you wish for.

It’s a little nutty, but smooth and elegant-tasting at best. Grab your pint or treat yourself to a tub of this coffee-inspired frozen treat and watch an unlikely trio venture out on a crazy trip. With a mistaken identity, finding love on the Eiffel Tower and a proposal rejection, this comforting rom-com will surely keep you awake. If you’re a sucker for high-end fashion, “Monte Carlo” won’t disappoint!

A milkshake-inspired ice cream flavor calls for a whirlwind of piquancy. Take it from the mixiest of the bunch and watch a New York architect down on her luck find herself transported into an alternate universe. Her cynicism about love decides to haunt her when Natalie realizes she’s starring in a real-life romantic comedy. This film will be sure to have you mixing on the edge of your seat!

Take some time to unwind, scout out your ice cream of choice and watch a movie that will resonate with your tastebuds. Whether you’re riding solo, hanging with friends or spending time with your partner, put your troubles aside and immerse yourself into a land of comical serenity.

One thought on “Rom-Coms and their ice cream counterparts”