Refuting the Critics: A response to “Angela Davis is no feminist heroine” 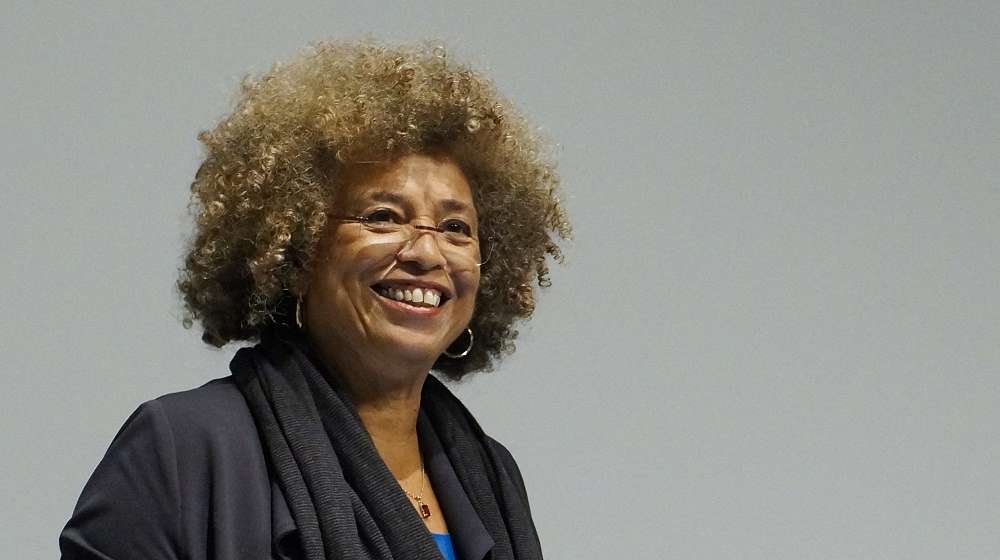 “In our yuppie, latte-liberal climate of corporate cash-in on social justice warriorism, even our most ardent radical anti-capitalists are feted [sic] siphons of the capitalist system,” reads the opening sentence. Carcirieri seems to muster as much impudence and disdain as he can in order to rail against Davis — in her own right, one of the modern titans of activism — and her participation at WCU’s Ruby Jones Conference, an annual event dedicated to conversations about race, social justice and civic leadership.

His reasoning supporting this opinion? That the conference was corporately sponsored by the insurance company State Farm.

“From the outset, the hilarious hypocrisy of it: Miss Marxist is being financially backed by an insurance company,” Carcirieri says, with the churlish abuse by which his entire piece is characterized. He ignores that Davis did not, herself, have any input on the sponsorship of the conference at which she was a guest, not to mention the importance of the conference’s conversations — far beyond pettily refusing participation on the basis of its sponsor.

“These conversations around race, social justice and civic leadership are important to have, especially at a [primarily-white institution],” said Tyler Hamler, a senior public health major and women’s & gender studies minor, who was also a member of the planning committee for the Ruby Jones Conference. “The repercussions of this systemic oppression are still actively happening at PWIs, and these conversations are helping people become aware of that.”

Referring to Carcirieri’s mention of anti-capitalism, Hamler told me, “Racism is a byproduct of capitalism, and Davis was a prominent figure in speaking about how capitalism affects Black and brown communities.”

Carcirieri says, “If our most notable anti-American leftist is no longer even avant-garde, but is now an in-demand, college-speaking-circuit toast of the liberal bourgeois, is anything sincere anymore from that ideology?” to which I would reply, in the same vein as Hamler: how does one reach college students educated by the “liberal bourgeois” without speaking directly to them? How does recognizing the importance of speaking to future activists and leaders make one’s ideology insincere?

Importantly, Carcirieri does not, at any point, quote Davis — from her participation at the Ruby Jones Conference or elsewhere — to exemplify the ideology he believes to be insincere. He does, however, attack Davis on events and connections from her past.

He cites the 1970 takeover of a Marin County courthouse, where firearms registered to Davis were used in the murder of four individuals, including Judge Harold Haley. “Judge Haley had three daughters,” he says, making an emotional appeal while ignoring the facts. Davis, after having been incarcerated for 18 months, was found not guilty on all charges. Not a mistrial, not a case on which any aspersions can be cast — all jurors decided Davis was not guilty of any of the charges laid against her.

Carcirieri also accuses Davis of complicity in the Jonestown massacre due to her support of the commune and the founder for which it was named. He says that “Davis bellowed on a loudspeaker to the cult members that Jones’ cause was a worthy one,” but that is not part of the statement she made. Her support for Jim Jones and his People’s Temple came specifically in the context of that organization’s support of Rev. Ben Chavis. Davis’ statement reads, in part:

“[…] there are people who are aware of the contributions of People’s Temple to our efforts to, for example, free Rev. Ben Chavis and the Wilmington 10. We know that you have participated and brought people to all the marches and demonstrations, and thousands of petitions that have been sent to government officials have been circulated and signed by members of People’s Temple.”

The Wilmington 10 were a group of civil rights activists who were convicted of committing arson, but who were released in 1980 due to “prosecutorial misconduct.” Carcirieri ignores this context with regard to Davis’ statement of support for the People’s Temple.

Finally, Carcirieri attacks Davis’ acceptance of the Lenin Peace Prize in 1979 on the basis that she ignored “the largest prison system in operation” in the gulags. This criticism seems a fair one, but if I were a more cynical person, I would point out that of the three attacks Carcirieri makes against Davis, this is the only one in which he refrains from misrepresenting the facts. Beyond that, to have any concept of nuance would be to understand that it is possible to agree with the politics of an individual or group without endorsing their methods.

Carcirieri opens his final paragraph by stating, “The only reason Davis should speak anywhere anymore is to atone for her past political advocacy.” It didn’t sit well with me that this man, who is not Black and who has no connection to the experience of Black Americans, attempted to gatekeep social justice — especially in the case of Davis, a Black woman who is one of the most prominent activists in this country — so I asked Hamler, who is a Black woman, her thoughts on his writing.

“This is a very one-sided perspective of the work Angela Davis has done,” she told me, referring to her words earlier in this article about Davis’ work in the realm of race and capitalism. “I don’t even know what this article was intended to do.”

When subsequently asked about what Davis’ work meant to her, Hamler had this is to say:

“I think Angela Davis is a trailblazer. I think [she] is extremely important, especially talking about being a Black woman in America. [She’s] an icon.”

Hamler continued: “The feminism that he’s thinking of and the feminism I’m thinking of must not be the same thing. He says she’s no feminist heroine, but according to whom?”

I think neither Carcirieri nor this white man have anything more insightful to add than that.

Kyle Gombosi is a senior Music: Elective Studies major with a minor in journalism. KG806059@wcupa.edu

One thought on “Refuting the Critics: A response to “Angela Davis is no feminist heroine””