Student rentals and state of emergency 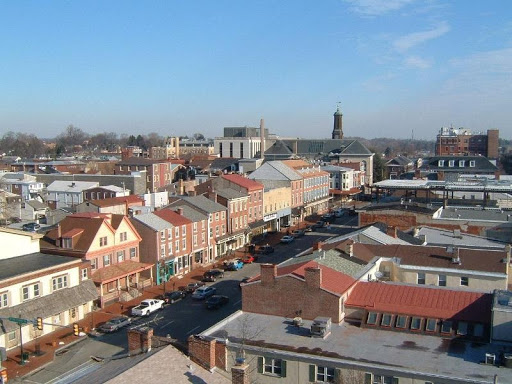 As a student, resident and employee of the town of West Chester, keeping up with local news has become more important this school year than ever before. West Chester Mayor Dianne Herrin announced a state of emergency in the West Chester Borough on Oct. 3. This gives the local government more of a say in what regulations can be in place in town. This declaration includes new policies limiting social gatherings in private residential properties and implementing a stricter face covering requirement in outdoor public spaces. This is the first time the mayor has incentivized compliance through police involvement. Residents of the borough that are found ignoring the social gatherings rules in their private homes can be fined $300 per person in the household, including the residents.

This state of emergency in the West Chester Borough comes after a spike in coronavirus cases in the younger demographic of the town. The number of cases in the 18- to 21-year-old age group increased from 88 confirmed cases in August to 229 cases in September. There’s no coincidence that this is the same time frame that classes started, along with many student rental units’ lease start dates.

Mayor Herrin indirectly referred to the student population in her statement to the community of West Chester, stating that, “the infections in the Borough are concentrated in the rental community.” Put that together with the college age group, and it’s not hard to see who’s at fault for the rise in cases.

There’s nearly a million reasons why this age group in this area is contracting the virus. A simple drive down High Street can give an example of some students’ standpoints, featuring bedsheets with survival rate statistics and a plea to “let us live.” Put aside the fact that younger people inherently see themselves as invisible on a regular day and that the virus affects them in much milder ways than other groups, but the township and cost of living in West Chester itself has become a burden.

The average rent in Pennsylvania is reported as $1,350 as of April 2020 by Home Snacks realty data site. In a list analyzing the highest median rents of PA, West Chester falls in fifth place with an average rent of $1,286. More data on West Chester also shows that the cost of living in the Borough is 1.3 times higher than the national average.

Student rentals in West Chester are nearly monopolized by a few companies, and prices tend to be even higher than the town’s averages. Imagine being a student living by your own means with ridiculously high rent in the middle of a global pandemic and trying to figure out rent relief programs designed for adults with steady incomes (and the financial records to prove it). If you’re in the same situation as me and a lot of other students, you don’t have to imagine very hard.

Companies like West Chester Off-Campus Housing have a competitive market. The norm for these companies is to have leases signed nearly a year before move-in dates. Signing on to an $800 per month lease in October of 2019 aged very poorly. Why would a student paying that much money for an apartment decide to stay at a family home in a, most likely, much more controlled environment? To pay for an apartment in West Chester is hard enough, so of course students will be taking full advantage of them, lack of supervision and all.

The lack of empathy and concern from rental companies isn’t helpful either. As a resident of West Chester Off Campus Housing, not once has an email put me at ease about the future. With students being sent home in March, the only information given to us from WCOCH was that nothing about our leases would change and they would remain intact until the end of the year. Very comforting!

Fast forward to now. A state of emergency is declared in the Borough, directly pointing fingers at the student rental community, and WCOCH has no response. There’s no sense of responsibility from the group in charge of our living spaces, so why would students feel any urgency?

Giana Reno is a fourth-year Communications major with a minor in Journalism. GR890947@wcupa.edu