Would he leave, or would he stay? 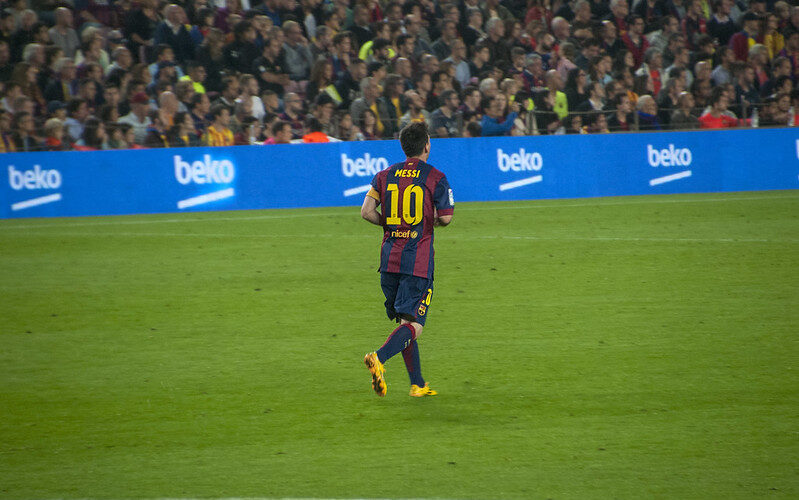 In the past couple of weeks, we saw a wild ride in the soccer (futbol) world. To fans, Lionel Messi is one of the greatest players to ever play the game. Whether it’d be comparisons to men like Pele or his statistical rival Christiano Ronaldo, Messi is a household name to football fans across the world. As the 2019–2020 Champions League came to an absolute crash and burn for F.C. Barcelona, Messi was left with a decision: would he leave, or would he stay? To think about a question like that is unheard of. It is like seeing Tom Brady on the NFL free agent Market or LeBron James in the NBA going to free agency. It’s extremely rare to see such a once-in-a-generation talent leave the club that helped build their legacy and their career. After the eventual champions Bayern Munich demolished them in the quarterfinals 8–2, that question came up almost immediately. Nobody knows except Messi himself about how he truly feels, but once Barcelona was out, it was as if people were bracing for an end of an era in Spanish Football. Players, such as Messi’s right-hand man Luis Suarez and others, were seeking ways to exit the team into the summer transfer window while the decision loomed. Was Messi going to leave Barcelona?

Now, going into late August it seemed that it was inevitable. Clubs around the world sought for the generational talent, even though he is late in his career. Teams such as Manchester City, Paris St. Germain, Juventus and others were all possible options, but as the days rolled along closer to September and seasons began, other moves were already being made. Suarez had left Barcelona to go to Juventus to join Ronaldo and his squad, and players looked away from the club. Meanwhile, as all of this is going on, the current president of F.C. Barcelona Josep Bartomeu’s reputation plummeted, both within the club and with the fans. Even Bartomeu himself stated he would resign if it meant Messi stayed. Former Barcelona Manager Pep Guardiola was reported by ESPN and their sources that he spoke with Messi himself, trying to get him to Manchester City. The deal seemed done as this entire whirlwind of transfer mayhem was swirling in the reporting world, but then Barcelona and La Liga decided the unthinkable. They both, club and league, decided to go against Messi’s wishes to leave freely and instead invoked a release clause that makes Messi pay €700 million euros, or around $837 million dollars.

Of course, anyone, even of his caliber, would refuse to pay that insane amount of money. Because of such, Messi cannot leave the club that he had played for and built his career at since he was 13 years old. Now, to see where this all ends, we will have to wait until next year’s transfer window to truly know whether or not we will witness a true end of an era in Spanish and European football, or will Barcelona and La Liga still hold him hostage with his release clause? At this rate, we will never truly know what happened this year, but until then, Messi still wears the Barcelona crest on his uniform and will play at Camp Nou this season.

Jeff Babcock is a fourth-year student majoring in communications and minoring in journalism.  jb884128@wcupa.edu

The 2020 NFL season has been hanging on the head of a pin ever since day one. The NFL’s dream of putting on the first, unabridged, regular season of any sport since the beginning...

On Oct. 9, when President Fiorentino announced the reconsideration for spring athletics, many athletes and coaches were given hope that they could, in fact, play this school year...

In a year defined by substantial decisions, Michael “Doc” Emrick is the latest domino to fall as the voice of hockey decided to step away from broadcasting after nearly half a...

Photo from www.wcugoldenrams.com   Nearly seven months after WCU made the decision to go remote, we all come to a crossroads yet again. On Oct. 7, President Fiorentino made...