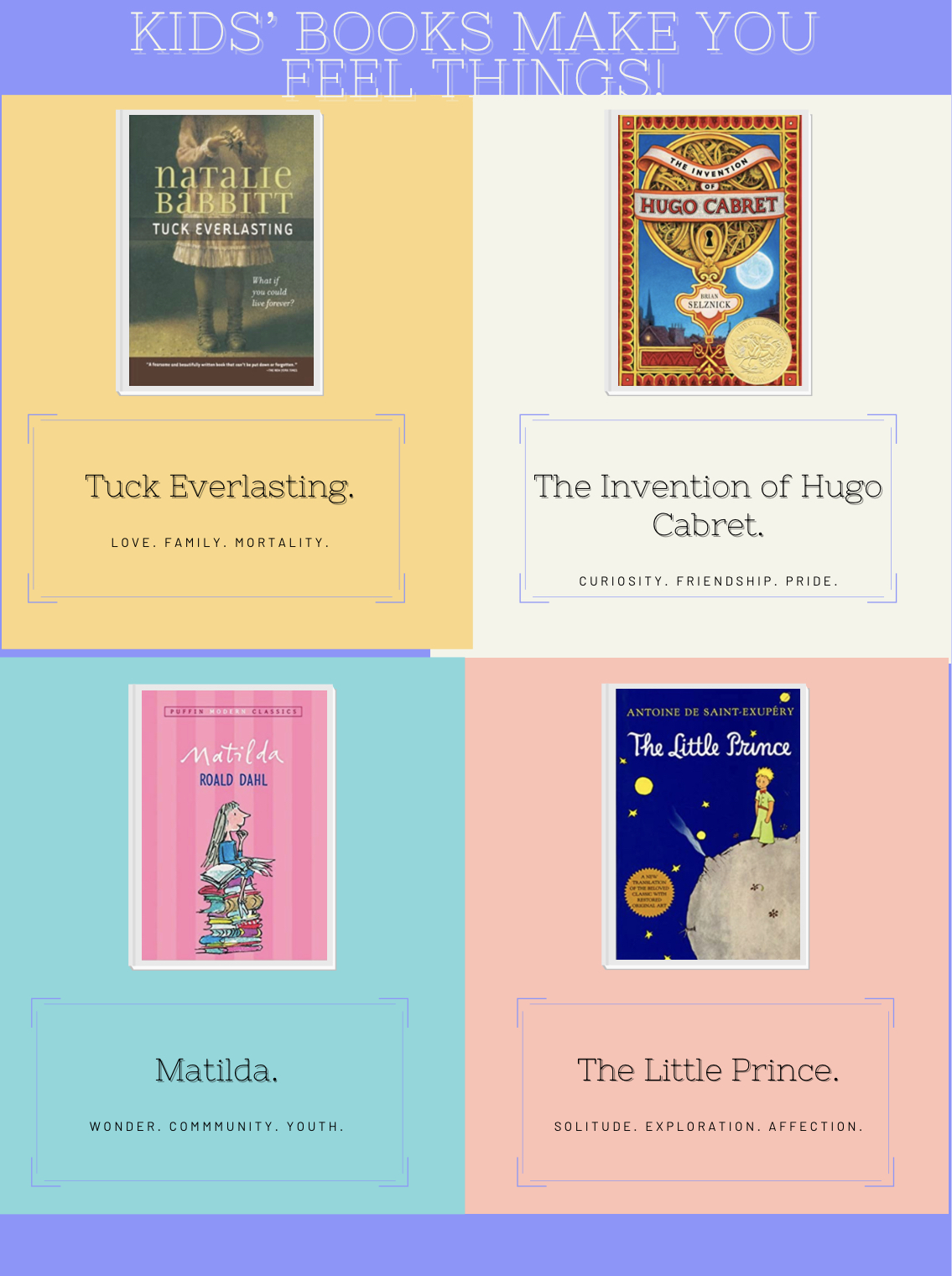 If you’re a massive book geek like myself, I’m sure you can concur that the quarantine this past spring was your prime time. Sure the world around us was, and still is, crumbling as we know it, but think of all the extra reading time we got!

I’m teasing, of course. Quarantine and everything that came with it was not a great time, but it was a great time to dive into the escapism that is a good book.

While I read plenty of new things over that period, the World Wide Web simply did not have enough to keep me content, leaving me to return to the bookshelf of my childhood home to reread some old favorites.

This included some children’s books that I hadn’t thought about in far too long, but boy am I glad I was able to reconnect with them. When we see that a book is for children, we can be quick to assume that it isn’t suitable for adults.

However, some of those kids’ books have some killer life lessons and can leave you feeling revitalized and ready to see the world in a different light. With that being said, here are four books that are technically for children, but that you should definitely re-read now that you are a “grown-up”:

I don’t care how old I get, Roald Dahl and his entire collection of works will remain one of my greatest artistic inspirations. One of my favorites of his is “Matilda,” the story of a young girl growing up with her nose in a book to escape the harsh realities of her home and school life, all the while discovering she may have some special powers of her very own.

Though it was published in 1988 for small children of elementary school age, the tale does have some rather dark undertones that are better picked up on when reading at an older age.

While reading, one gets a sense of what it is like to be isolated within your own family and how people in power — i.e. the Trunchbull — often look down on anyone they think to be inferior.

The story has gone on to become one of the bestselling children’s novels in history, boasting well over 17 million sales worldwide, including a movie and a hit Broadway musical based on the book.

Though written in the early 1970s, “Tuck Everlasting” has stood the test of time that often swallows children’s books whole. As a matter of fact, my fourth grade teacher read it aloud  to our class in 2009, and it is my understanding that she continues to do so to this day.

“Tuck Everlasting” follows the story of the Tuck family, who are granted the “gift” of immortality after drinking the water from a mystical spring. Soon, a young girl named Winnie discovers their secret and is swept up into the chaos of the curious family while falling in love with their youngest son, Jesse.

Concepts such as immortality aren’t always as grand as they are made up to be. Eventually, Winnie comes to realize that the sort of life the Tucks must live as a means of keeping their secret safe is rather difficult and painful.

While coming back ten years after reading it for the very first time, it becomes clear why it is still widely read. It’s a lovely story about true love, sacrifice and reality that remains just as relevant, regardless of the decade or age at which you read it.

“The Invention of Hugo Cabret” by Brian Selznick

This book is so magical and unique that you will never feel less odd about being a 20-something reading a picture book in public in your life.

That’s right, this is a 527-paged picture book.

Telling the story of a young orphan named Hugo who lives in the clock towers of Paris’s train station, the book is incredibly fast-paced, as readers join Hugo in his adventures of trying to repair the invention and answer questions left by his late father while avoiding trouble with the curious and seemingly harsh old man who runs the toy shop.

The most beautiful kind of mystery, “The Invention of Hugo Cabret” weaves a story which takes the characters full circle in a moving and emotional way.

The mix of text and incredibly detailed sketches done by Selznick himself will give you the feeling of reading an entire heartfelt novel in a way you never have before.

Written by a French writer and aviator in the early 1940s, this novella packs a mighty emotional punch. If you think you can’t cry over a kids’ book, I challenge you to read this one without a box of tissues nearby.

After crashing his plane in the middle of the Sahara desert, the narrator of the story meets a young boy who claims he is “the little prince,” who tells the narrator the heart-wrenching story of his life filled with unrequited love and sadness, followed by the leaving of his tiny home planet to explore the universe while being met with bitter, angry adults.

While making your heart ache, this story will make you face the realities of growing and living in a way that is overly critical and pessimistic.

Though approaching it’s 80th birthday, “The Little Prince” tells a story with morals that seem as if they will be evergreen, leading it to be translated into 301 languages and dialects across the world.

Ali Kochik is a third-year English writings major with minors in journalism and women’s and gender studies.