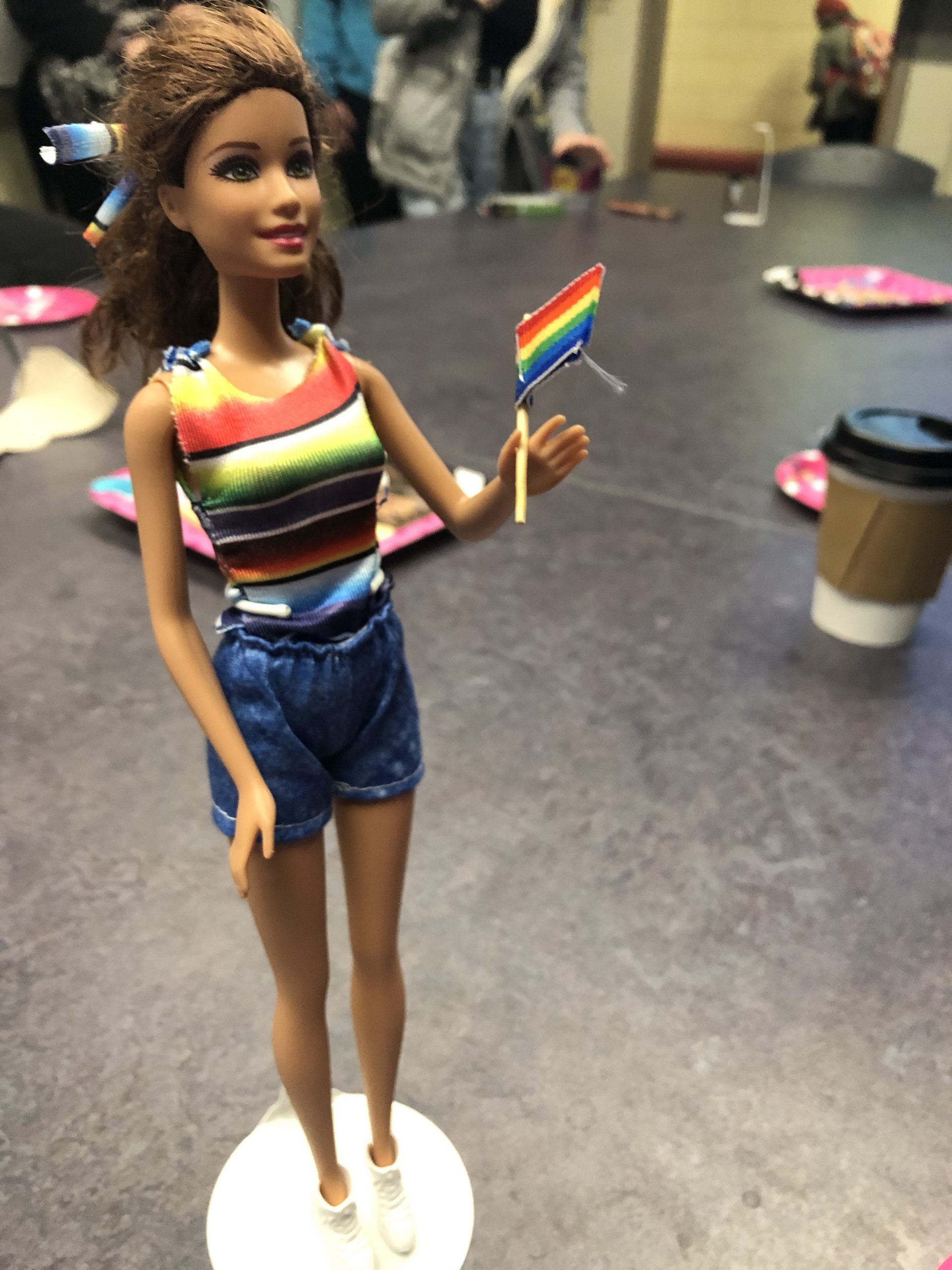 This spring, I have the pleasure of taking a seminar connecting Mattel’s Barbie with the wide ideology of feminism. The course is taught by Dr. Emily Aguiló- Pérez, who received a Ph.D. in curriculum and instruction with a minor in women’s, gender and sexuality studies. Her concentration in education was children’s literature and cultures, followed by dissertation research in girlhood studies, specifically Barbie. In the seminar, we explore the ways in which young girls are influenced by Barbie through a feminist lens. Per the syllabus, the main goal of the course is to discover and critically analyze Barbie and her accessories; this is in terms of femininity, with additional research in race, culture, sexuality, capitalism and motherhood, as it relates to the doll line.
Prior to spring break, my class presented our “Deconstructing Barbie” projects. Essentially, the assignment prompted us to redesign Barbie based on our individual views of women’s roles in society, centered around ideas in race, class, gender, sexuality, age and ability. Creations ranged from reconstructing an actual Barbie to designing digital dolls and collages. These were all representations of what we wished was available years ago and likely aspirations for the future.
Since her launch in 1959, Barbie has been advertised as a white, thin and blonde fashion model. Even with the doll’s numerous careers, Mattel still found a way to stereotype them. In 1964, the “Slumber Party Barbie” set was released. The toy included a scale set to 110 lbs. and a book titled “How to lose weight?” with the phrase “DON’T EAT!” on the back cover. Ideas of female expectations being insinuated at all are appalling, let alone through a child’s toy. Children’s imaginations are timeless, and their feelings should be validated.

Our class felt empowered to have the opportunity to recreate a doll many of us played hours on end with. Fellow classmates, including myself and Dr. Aguiló-Pérez, kindly shared images and descriptions their finished products:

“I wanted to create a lounging Barbie because even though I had a ton of Barbie clothing and accessories when I was younger, I didn’t love them. I didn’t want all of the clothing to be pink, sparkly and tight fitted. Instead, I wanted my Barbie’s clothes to be baggy, solid darker colors and comfy. My Barbie’s always had earrings, necklaces, high heels, tiaras, purses – quite frankly, I didn’t want them. I wanted a Barbie that didn’t have a lot going on with her clothes and accessories.” – Marly Hartranft 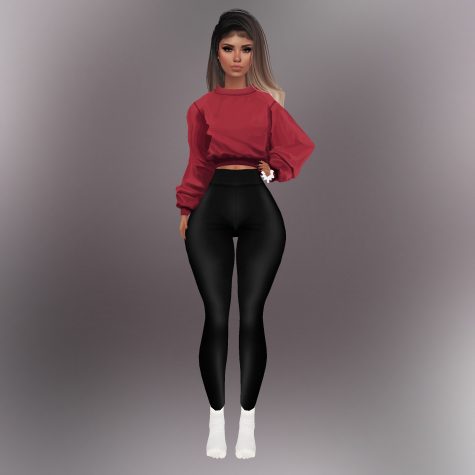 “With this doll, I wanted to create something that embraced the girly side of Barbie and general self-love. I sanded off her underwear and gave her hearts for her breasts and vagina to illustrate the love that I wanted a child to feel when interacting with the doll. This doll was a journey of self-love and self-discovery in creating a fantasy doll for children to assert their own narrative on.” – Maddy Conaway 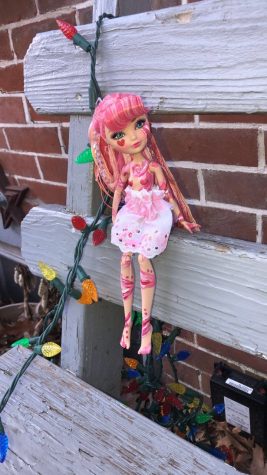 “I wanted to make a LGBTQ+ pride-inspired Barbie to address the lack of queer representation in children’s media. Pride is fun and colorful, so I thought designs centered around it would be appealing to kids. I envisioned my doll as the prototype for a larger line of dolls with diverse bodies, ethnicities and gender presentations. One of my favorite parts of playing with dolls as a kid was mixing and matching their clothes, so I would want to create dolls that allow kids to explore gender and sexual identities through clothing inspired by different LGBTQ+ pride flags.”- Shannon Montgomery 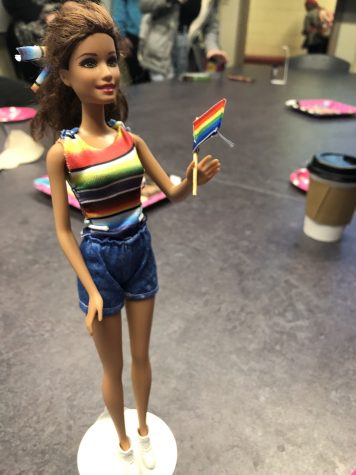 “For my doll, I decided to cut her hair and draw leg hair on her. Growing up, I was not allowed to change anything about my dolls, so cutting her hair was very exciting for me, as well as wetting her hair in the sink! I was also not allowed to shave my own legs, per my mom, and giving my doll something to the resemblance of leg hair, I was able to recreate something from my childhood that truly reflected me.” – Mary Jarusik 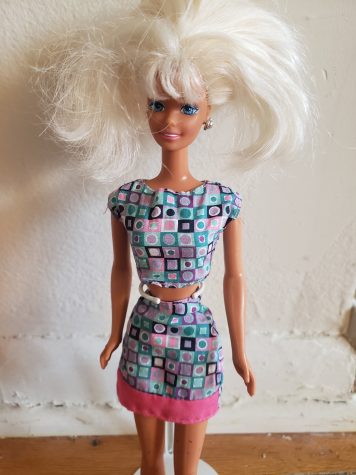 “Growing up I never had an issue feeling included or finding a doll that looked like me, so I wanted to make a political statement instead. Both dolls hold signs saying, “Not asking for it,” and “Also not asking for it.”  The message I wanted to portray is that no matter [a person’s] age, no matter what [they wear], they aren’t asking to get raped. Nobody asks for it. I, as well as so many others, are sick and tired of seeing victims of sexual assault get blamed for something they had no control over,” – Sydney DeBrabander 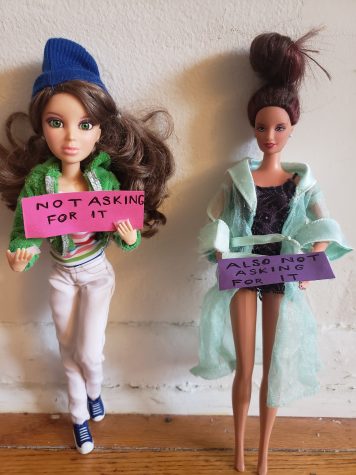 “I created a doll that reflected some of the aspects of myself I didn’t love growing up, especially as a teenager: hairy legs and arms before I was allowed to shave, acne, a relatively big nose and thick eyebrows, [all] which were not “in” during my teenage years,” – Dr. Emily Aguiló- Pérez 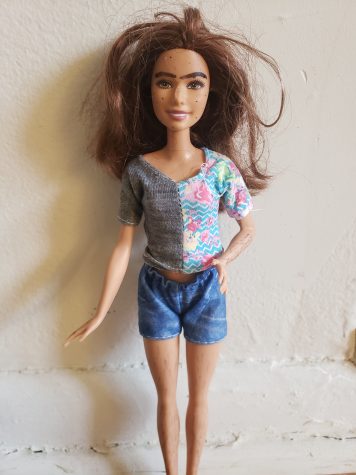 “Mental illness in children is real. I chose to reconstruct Barbie in two variations of the same person, representing the literal reality of mental illness, versus what the public may see; the doll is named Lorelai. Having a doll like Lorelai on the shelves of department stores would work to bring the mental health climate full circle. Lorelai for sale lets children know that they don’t have to imagine it because it’s real,” – Madison Starinieri 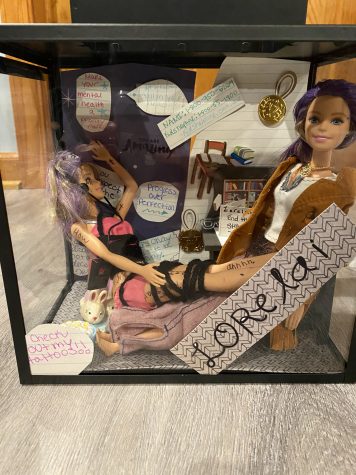