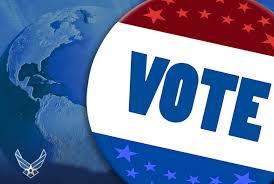 Pennsylvania’s next primary election is rapidly approaching, currently scheduled to happen on April 28, 2020. The state has not given word as to whether or not the election will be pushed back due to concerns surrounding COVID-19. The Philadelphia Inquirer has been reporting on those who have the power to push voting day back, or possibly to shift the process to mail-in votes. Deborah Olivieri, elections director in Berks County, is calling for a one-month delay to prepare the state for a mail-in ballot, and her voice is seconded by the directors in Lycoming and Montgomery County. Pennsylvania has never conducted a statewide mail-in ballot.

Many states have already announced rescheduled voting days, including Georgia, Connecticut, Maryland, Indiana, Ohio and Kentucky, all of which were previously scheduled to vote after Pennsylvania.

Whether or not the date will be pushed back, Pennsylvania’s voting day will be conducted in the same closed-primary fashion that is traditional for the state. Since the primaries are organized and led by the party rather than the administration, Pennsylvania voters must register with their preferred party in order to vote.

Another factor at play in Pennsylvania’s closed primary is that no registered third-party voters are permitted to vote. In open primaries, any registered voter can vote however they like — within or across their registered party lines. One criticism that is drawn from open primaries is the inconsistencies in polling that occur, with the possibility of many voters “changing their mind” on election day — a prospect that is never too far out of the question. However, critics of the closed primary system argue that the need to subscribe to one of two parties in order to gain the right to vote is un-American by nature. Third-party voters argue that the continued national dismissal of a third party is further perpetuated by practices such as closed primaries. Many worry that the closed primary process is overly dated, calling back to early American politics when powerful party bosses would select the presumptive nominee themselves.

Along with the heavily covered Presidential race, PA Democrats living in Chester County will have the chance to vote in a new State Senator as Andy Dinniman prepares for retirement. Three candidates are currently running for his seat: Don Vymazal, Kyle Boyer and Carolyn Committa.

Vymazal has served as an advisor to a PA State Senator in Berks County and has worked extensively with Sen. Dinniman. Vymazal has received Dinniman’s endorsement, along with the endorsement of the Chester County Democratic Committee. Boyer, a Chester County resident, has taught at middle and high school levels and works closely with his church community. He also has worked as a liaison on PA’s School Boards Association. Committa, a WCU graduate, has long been a figure of leadership in the borough of West Chester, serving on the borough council from 2006-2010. In 2016 she was elected to the PA House of Representatives. Committa was a former teacher and has serious name recognition on her side entering this election.

Since all three of these candidates are Democrats, the votes cast for them on PA primary day will essentially serve as their election, making it very important that all Chester County Democrats go out and show their support. However, in the midst of this pandemic, PA voters may be asked to cast their ballots from home, a trend many states seem to be adopting. PA Democratic voters wishing to participate in the April 28 Primary must register as Democrat by Monday, April 13. If the state decides to continue forward with the in-person voting, the final day to request an absentee ballot will be Tuesday, April 20, and the final submission day for absentee ballots will be Friday, April 24.

CJ Fudala is a fourth-year student majoring in English and minoring in Journalism. CF865983@wcupa.edu