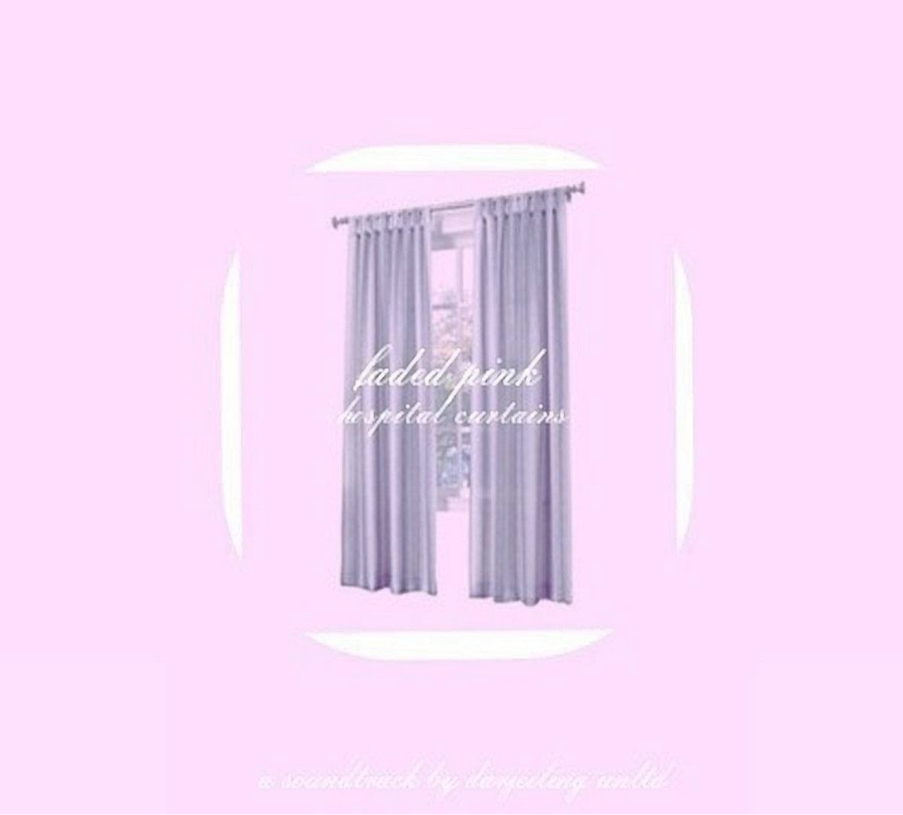 Bucks County, PA presents an interesting condition to its resident artists that is out beyond the dense, tedious roar of urban life. Further still, past the soporific neighborhood murmur of suburban life, a far more hushed, yet infinitely resonant, muse resides. It meddles deeper. The artistic stimuli offered out here is much closer to the ground, often times sowed firmly within it. The roots jut out at you, as if to lunge for your feet while you walk. Stumbling, you entwine with the fray of the unfettered earth and burn like dry brush. Out here, you are mined by inspiration, not the other way around.

Among the contemporary artists residing within the natural boundaries of the southeastern Pennsylvania woodlands, Upper Black Eddy indie rock band, Unlimited Darling, sits meditatively. Providing a unique and startling insight into its solemn green backdrop, Unlimited Darling released “Faded Pink Hospital Curtain” in late 2019. The record expresses, through ten tracks, a seasonal motif; it turns with the leaves and ices with the river. The first track of the record, “Saw A Flower,” acts as a microcosm of the record to come:

I saw a flower yesterday

wasn’t supposed to bloom till may

& I screamed at it to go away, please

& it’s response was too decay

& that’s the way things are now

that’s just the way things are

“Saw A Flower” sees songwriter and brainchild Derrick Miller arrange a stark, folky instrumental backdrop, over top of which he employs a minimal, though increasingly stimulating, terrain of sonic wilderness.

It is faint but nevertheless present.

In this way, the track mirrors its author’s own secluded scenery. The mild, exurban manner of Upper Black Eddy, Bucks County, the fertile soil from which the band is bore, sits humbly by the Delaware River, lulled by its dull babel. Quaint, and yet, the potential for intemperate growth wades patiently.

The acoustic guitar grumbles in low, sweeping arpeggiations, up and down in vine-like passages, and the guitar sways. Tasteful, effective use of autotune, to accentuate a tone of voice committed to conveying the drab and wistful, just barely peaks its jaundiced eyes out from under the subdued and bass-heavy mix of this track.

Twenty seconds in, subtle but rhythmic waves of bitcrushed snare drum can be heard pulsing in reverse. The implication is structure, its content, even. This sentiment is paralleled by its lyrical accompaniment. Resigned to their predicament, our protagonist chants in a somber, cagey, almost bitter voice: that’s just the way things are now.

Just short of the one minute mark, a chorus of whistles rise from the near bare landscape. It is the wail of some plaintive passerby stuck in lament over the previous summer in the face of a new spring. Bare but not barren, the entirety of the track runs under a minute and a half; it airs its grievance and leaves.

While “Saw A Flower” is just the first glimpse of a ten-track, 30 minute, full-length excursion, it provides the foundation for the journey. The record sees themes of engrossing doubt and reluctant reconciliation recur often. A subtle pining for forgiveness coats the lyrical contributions. It deliberates and concludes in seasons, reciprocating its environment’s cycles.  The entire record is inextricably bound to its formative surroundings, into which it stares mindfully and sees its own nature reflected back at it.

Justin Bifolco is a fourth-year student majoring in English with a minor in journalism. JB933932@wcupa.edu