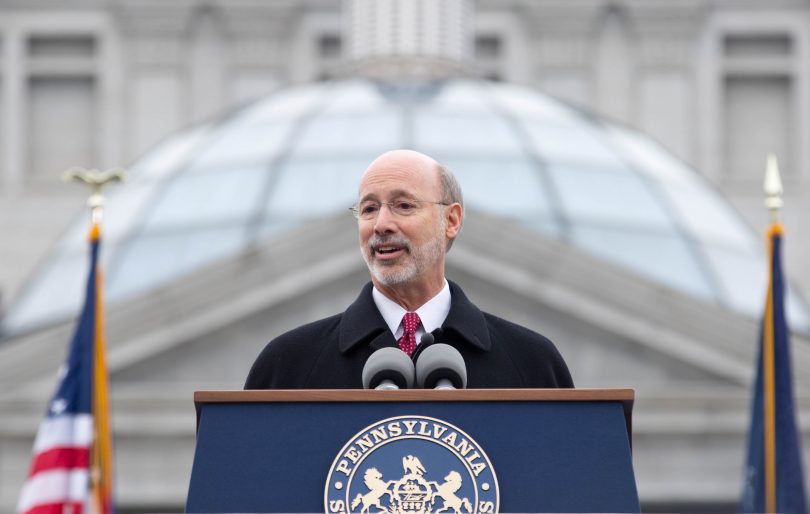 Gov. Tom Wolf proposed a new scholarship program that would benefit citizens seeking higher education at a Pennsylvania State System of Higher Education (PASSHE) university. Named after Nellie Bly, the $204 million program works not only to promote Pennsylvania education but also residence in the state post-graduation.

Nellie Bly was a student at the Indiana University of Pennsylvania in the 19th century, then known as the Indiana Normal School. She dropped out due to the cost and went on to become a pioneering journalist in the 20th century.

The scholarship is named after her in homage to the high percentage of students who have battled and lost against the cost of higher education.

To be eligible, students must qualify for a federal subsidized student loan and be enrolled full-time in an undergraduate program at a PASSHE university. The scholarship would be offered after prospective students have received mandated federal and state level aid. The catch? Recipients must continue to reside in Pennsylvania post-graduation for as many years as they received the scholarship.

Gov. Wolf spoke at West Chester University on Feb. 13 as part of a tour to promote the Nellie Bly Scholarship Program. He will visit all 14 PASSHE universities.

“There is a student loan debt crisis in our country. It’s a burden on young people and their families that can last for years and holds them back. This proposal is an investment in the future of our students and encourages them to stay in Pennsylvania after graduation,” Gov. Wolf said in his address at the Sykes Student Union.

Concerns were raised about where Pennsylvania will find the funding for this project. Gov. Wolf publicly announced that the $204 million will be taken from the $250 million Horse Racing Development fund. After this cut, Pennsylvania would still be spending more on horse racing than next-door neighbor New Jersey; however, there are still complaints from the equine community.

The Pennsylvania horse racing industry generates $1.6 billion annually in the economy. The Pennsylvania Equine Coalition executed a mass press release as of Feb. 12 in protest to Gov. Wolf’s proposition. Randy Brungard, a 2.5% stake owner in Kentucky Derby winning ‘Smarty Jones,’ and whose Centre County family and farm are currently raising 22 thoroughbred horses, was very vocal in his opposition.

“You don’t rob hard working families to give money away to those who have not earned it. The governor’s proposal would bankrupt family-owned farms and leave as many as 20,000 hard-working individuals and their families without jobs. People don’t understand . . . what it will do to countless Pennsylvania families, farms and small businesses,” said Brungard in the press release.

Despite the vehement opposition, Gov. Wolf appears determined to continue pushing for the budget redistribution.

“The Nellie Bly Scholarship Program fills the gap after other aid programs so thousands of students can afford college,” Gov. Wolf said. “With less college debt, graduates can buy a car and a home, start a family and save for retirement. The program also strengthens our public university system and creates a talented labor force that Pennsylvania needs to thrive.”

A history of Gov. Wolf’s programs and policies show that he has been consistently successful in increasing funding for K-12 education and higher education, claiming the restoration of $1 billion of education cuts. As recently as January, he even approved a grant to grow agricultural education opportunities, something that aims to benefit the “Pennsylvania families, farms and small businesses” affected by the Nellie Bly Scholarship Program.

The governor’s tour of PASSHE universities has no official end date. This proposal is another step towards closing the door on unaffordable higher education and crippling student debt.

Caroline Helms is a first-year student majoring in English and minoring in political science. CH923621@wcupa.edu