Theatre talk with Vanessa: Show of the Week: “Beetlejuice: The Musical” 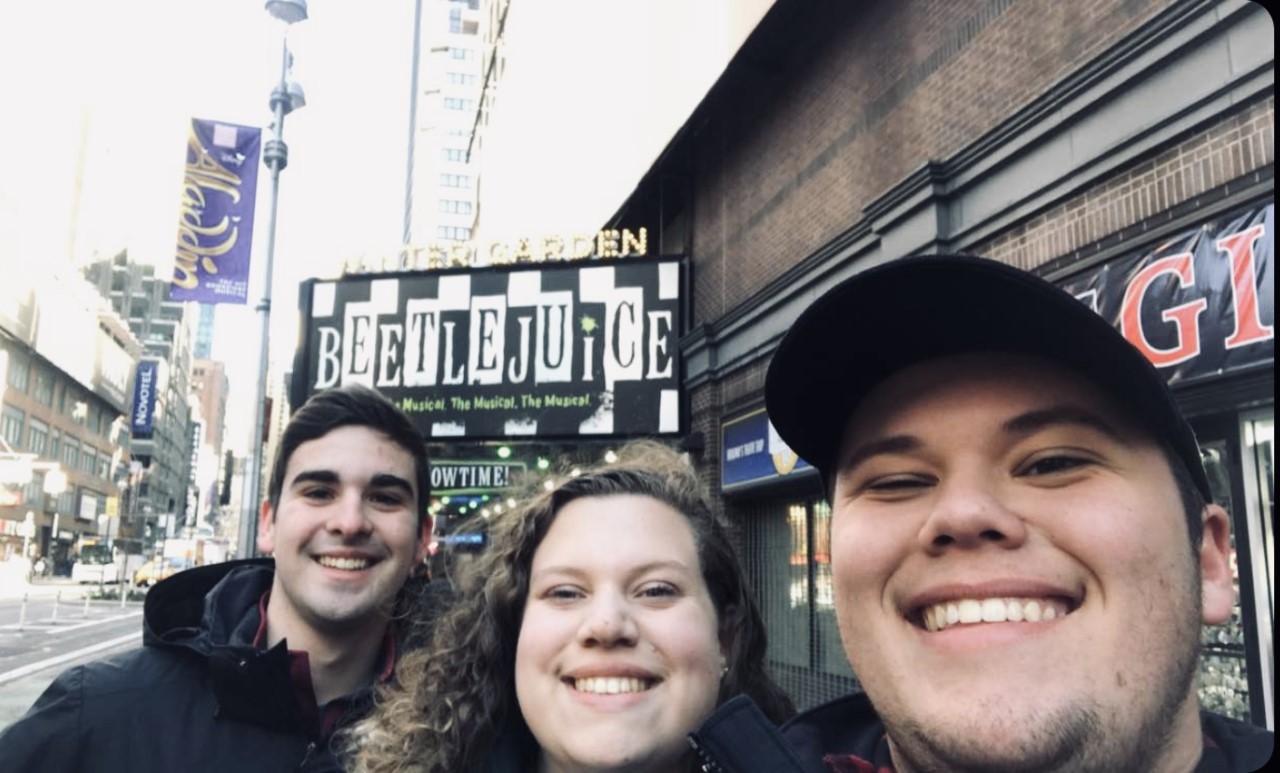 Welcome to Theatre Talk with Vanessa! Here I will give a brief synopsis of musicals that I have listened to and give you my opinion in depth on my favorite and least favorite aspects of the show. Feel free to send in any shows you want me to write about or listen to.

I am very excited to be continuing my column again this semester. At the end of the last semester, Student Activities Council took a bunch of students to New York City for the day and my friends and I were able to catch a musical on our trip, more specifically, “Beetlejuice: The Musical.” I had been wanting to write about “Beetlejuice” all last semester, but now that I have seen it, I knew it would be the perfect opportunity to talk about the true beauty of the show.

Based on Tim Burton’s iconic movie starring Michael Keaton, Alec Baldwin and Geena Davis, “Beetlejuice” tells the story of Adam and Barbara Maitland, a typical suburban couple who have just passed away and become ghosts. They meet Beetlejuice, a poltergeist who introduces them to the afterlife. Soon after their death, their house is put for sale and bought by the Deetz family, consisting of Charles, his wife Delia and his goth daughter Lydia. Adam and Barbara must use their powers as ghosts to try and scare the family away and get their house back, as well as help Beetlejuice and get them to say his name three times so that he can be seen by the living.

The show is a rollercoaster that will leave you smiling, laughing and crying after you get off… Grab your tickets for “Beetlejuice: The Musical” fast…

The show had its first run in D.C. from Oct. 14 to Nov. 18, 2018 and was moved to Broadway with previews starting on March 28 and an opening night on April 25, 2019. The principle cast includes Alex Brightman as Beetlejuice, Sophia Anne Caruso as Lydia Deetz and Kerry Butler and Rob McClure as Barbara and Adam Maitland.

The music has a similar feel to musicals such as The Prom, Dear Evan Hansen and Waitress, with a very pop- forward score. Every song is extremely catchy and will have you singing along right after the first listen. My personal favorites are “Dead Mom,” “Barbara 2.0” and “Say My Name.” The iconic “Day-O (The Banana Boat Song)” scene is included at the end of act one and is my favorite part of the whole musical. “Dead Mom” is Lydia talking to her mother about how she wishes her dad would notice her and empathize with her, as she is still upset about her mother’s passing. It’s a great pop-rock ballad that is one of my favorites to sing in the shower. Just be careful because I’ve had my mom come knocking on my door telling me to quiet down; it is quite a belt-heavy song. “Barbara 2.0” is Barbara and Adam realizing that they have to let go of the people that they were when they were alive and become new people in order to move on with their new lives in the afterworld. “Say My Name” is Beetlejuice pleading with Lydia to say his name three times when he realizes that she can see him. This song shows off the strengths of all the characters in this number; I can’t help but dance to it every time I hear it.

The musical is a bit different from the movie, which is my only critique of this show. The musical heavily focuses on Beetlejuice and Lydia rather than Adam and Barbara. I understand the reasoning for that though, which was to give more time for other characters to be in the spotlight rather than just The Maitlands.

The show is a rollercoaster that will leave you smiling, laughing and crying after you get off. The special effects used in the show are superb, specifically the giant snake that appears during the opening number of the show (you had to be there). My friends and I were able to see most of the original cast, with one replacement and one understudy and the entire cast was absolutely amazing and sounded just like the cast recording.

Grab your tickets for “Beetlejuice: The Musical” fast, because they have an official closing date of June 6, and tickets are flying fast. It’s showtime!