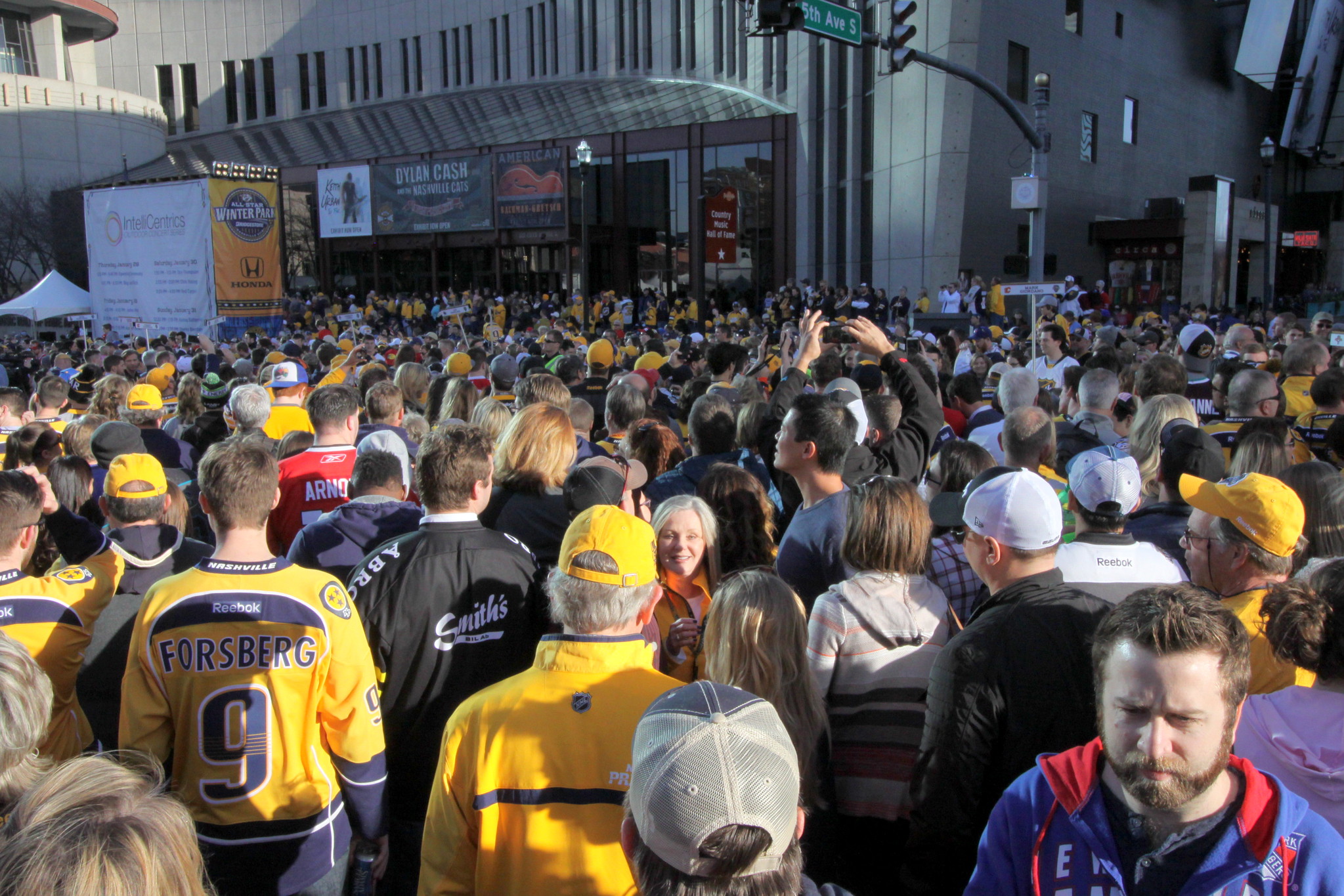 On Jan. 25, the 2020 NHL All-Star Game took place in St. Louis, Missouri. It was the city’s first time hosting the event since 1988. Fans gathered from all over the world to watch the best hockey players in the league compete under one roof.

Five years ago, the new All-Star game format was developed and is still put to use today. Instead of playing one 5-on-5 regulation game, the NHL came up with the idea of playing a 3-on-3 tournament, with each team representing the four divisions of the league.

In the Western Conference, there are two divisions as well: the Central and the Pacific Divisions. The Central includes teams such as the reigning champion St. Louis Blues, the Chicago Blackhawks and the Colorado Avalanche, while the Pacific includes the Vancouver Canucks, the Calgary Flames, the Vegas Golden Knights and others.

The first game was between the Atlantic Division and the Metropolitan Division. The Metropolitan team included Philadelphia Flyers center Travis Konecny, who made his first All Star appearance in his young career. Konecny compiled a total of 43 points (17 goals and 26 assists) during the first half of the season, and has the Flyers looking at a potential playoff berth if they can build off of their successful first half. The Atlantic team beat the Metropolitan team by a score of 9-5. Detroit Red Wings right winger Anthony Dunclair, and Boston Bruins right winger David Pastrnak led the way for the Atlantic team, combining for six of the team’s nine goals.

Game 2 featured the Pacific Division and the Central Division. After a strong first period from both sides which cultivated in a 4-4 score, the Pacific team dominated the second period, and won the game by a score of 10-5, setting up a matchup between the Pacific and Atlantic for the All-Star Game crown. Edmonton Oilers star Leon Draisaitl, and San Jose Sharks center Tomas Hertl scored seven of the teams ten goals, and played a major role in the victory.

The final game of the tournament between the Pacific and Atlantic teams came down to the wire. The Pacific All Stars faced a 3-1 deficit following the first period; however, they would not back down. In the final period, they outscored the Atlantic team by three goals, and won the contest by a score of 5-4. Hertl scored the tie-breaking goal with a little over two minutes left in the contest to put the Pacific Division up for good. Despite the loss, Pastrnak was named the MVP for the All-Star Game, which was determined through a fan vote.

The Skills Competition took place on Jan. 24, the night prior to the All-Star tournament. There were five skills events throughout the night. Mathew Barzal of the New York Islanders took home “fastest skater”, Jordan Binnington of the St. Louis Blues won the “save streak” competition, Jacob Slavin of the Carolina Hurricanes finished at the top of the “accuracy shooting” competition, Shea Weber of the Montreal Canadiens fired the “hardest shot”, and finally, Patrick Kane of the Chicago Blackhawks was crowned winner of the “shooting stars” competition.

After a fun-filled weekend for the NHL, it is time for all 31 teams to get back to work, and focus on their pursuit of a championship. The road will not be easy for any team, and only one team will end the season hoisting the famous Stanley Cup.