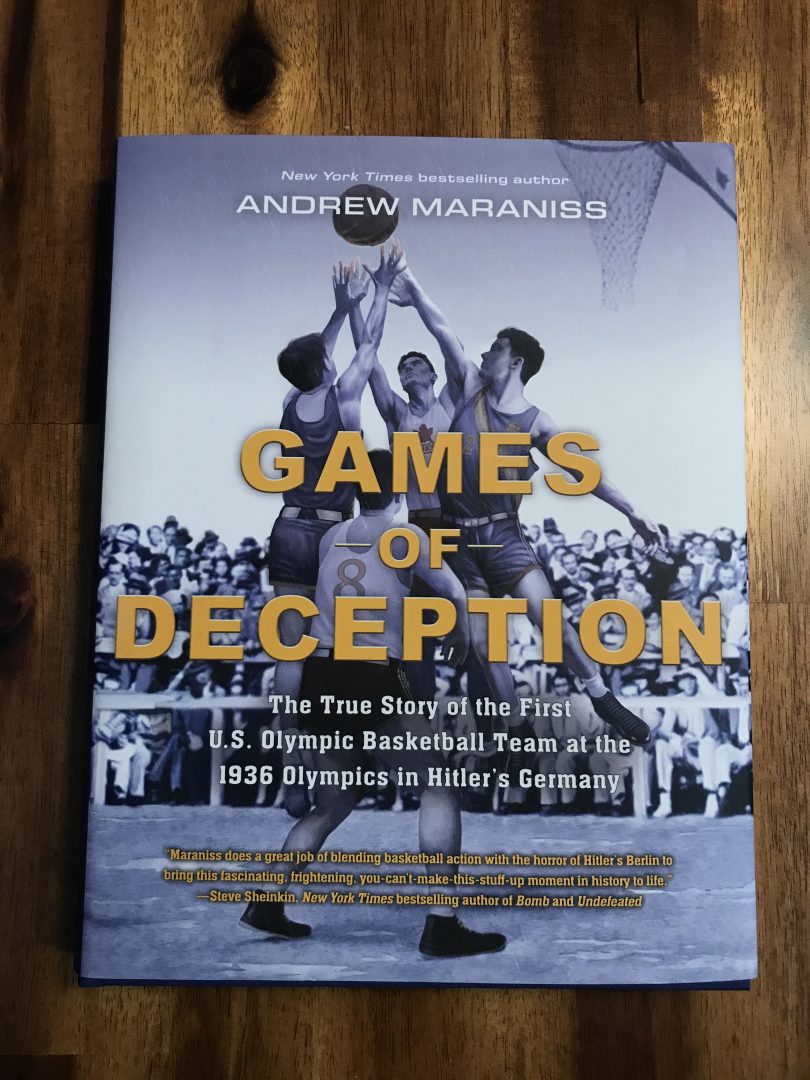 On Saturday, Nov. 9, 2019, I attended the “Teaching the Holocaust in the Secondary Classroom” conference in Brandywine Hall. This date marked 89 years since the Kristallnacht.

The event was sponsored by the United States Holocaust Memorial Museum. Since June 2019, WCU’s very own Dr. Carla Verderame, professor of English, began collaboration with Mr. Jeffrey Parker who is program coordinator at the USHMM. In addition to Parker, Dr. Verderame sought out New York Times bestselling author Andrew Maraniss.

Prior to the start of the experience, all registered attendees received four books of no charge. Two were courtesy of the USHMM: “The World Must Know” by Michael Berenbaum and “State of Deception: The Power of Nazi Propaganda,” written by Steven Luckert and Susan Bachrach. Both can serve as exemplary tools in secondary English or Holocaust history curricula. Also provided was Micheal Dobbs’s “The Unwanted” and the previously mentioned Andrew Maraniss’s “Games of Deception.”

Maraniss initiated the conference by speaking on his new title, “Games of Deception,” recently released on Nov. 5, 2019. This is a true story of the first U.S. Olympic basketball team that attended the Olympics of 1936 in Hitler’s Germany. The story timeline progresses from James Naismith and the invention of basketball in 1891 to the U.S. team’s Olympic debut in Berlin.

Maraniss is known for writing sports and history nonfiction text; he believes connecting the two topics can make for a more relatable read to teenage students.

The conference continued as Dr. Verderame introduced the USHMM program coordinator, Jeffrey Parker. First and foremost, Parker asked the question: What did you know about the Holocaust as a 14-year-old? He sporadically called on members of the audience to contribute a list. Among this list were names such as Hitler, Auschwitz, Anne Frank and the Jews.

The program coordinator used these nouns as a driving force for how schools can resist when teaching about the genocide. Parker briefly walked through the USHMM website, which contains sublime teacher and student resources. Specifically, Parker went over the USHMM’s “Holocaust teaching guidelines.”

There are ten guidelines in total: define “Holocaust,” do not teach or imply that the Holocaust was inevitable, avoid simple answers to complex questions, strive for precision of language, strive for balance in establishing whose perspective informs your study of the Holocaust, avoid comparisons of pain, do not romanticize history, contextualize the history, translate statistics into people and make responsible methodological choices.

Parker split us into groups; each group had a picture associated with the Holocaust. We were asked to tape the picture under one guideline, and none were to be repeated; we then discussed our reasonings.

The conference spiraled to an end with Parker presenting on the “Some Were Neighbors” exhibition. The people once close to targets of the genocide woke up one day and were expected to adapt to an explicit hierarchy; people were best friends, and some best friends were forced to join the Gestapo.

The very end of the experience focused on “America and the Holocaust.” As a composite, we discussed what more could have been done and the “be all end all: liberation” mindset the U.S. held.

Being that the Holocaust is a requirement in Pennsylvania curriculum, participating in this conference was extremely resourceful. The notes, documents, books and discussion questions I acquired will be of benefit in a future English classroom.

Kudos to Dr. Verderame for her dedicated hard work and time in establishing and leading a wonderful event. I’d like to extend a thank you to Jeffrey Parker and the USHMM for their generous support and Andrew Maraniss.

More stories and teaching resources can be found at ushmm.org.

Photo by West Chester University (CC BY-NC-ND 2.0). Golden Gateway is a new program run by the admissions office where WCU Ambassadors are paired up with incoming freshman to...

Photo by Tyler Jefferson While the quiet bustle of Philips Autograph Library is a far cry from the hot tarmac of the Tuskegee Army Air Field, the lessons and memories from the...

Pennsylvania gives students of color some of the worst educational opportunities in the United States. Pennsylvania is ranked the 47th worst state when it comes to the opportunity...