WCU’s “Fefu and Her Friends”: a review 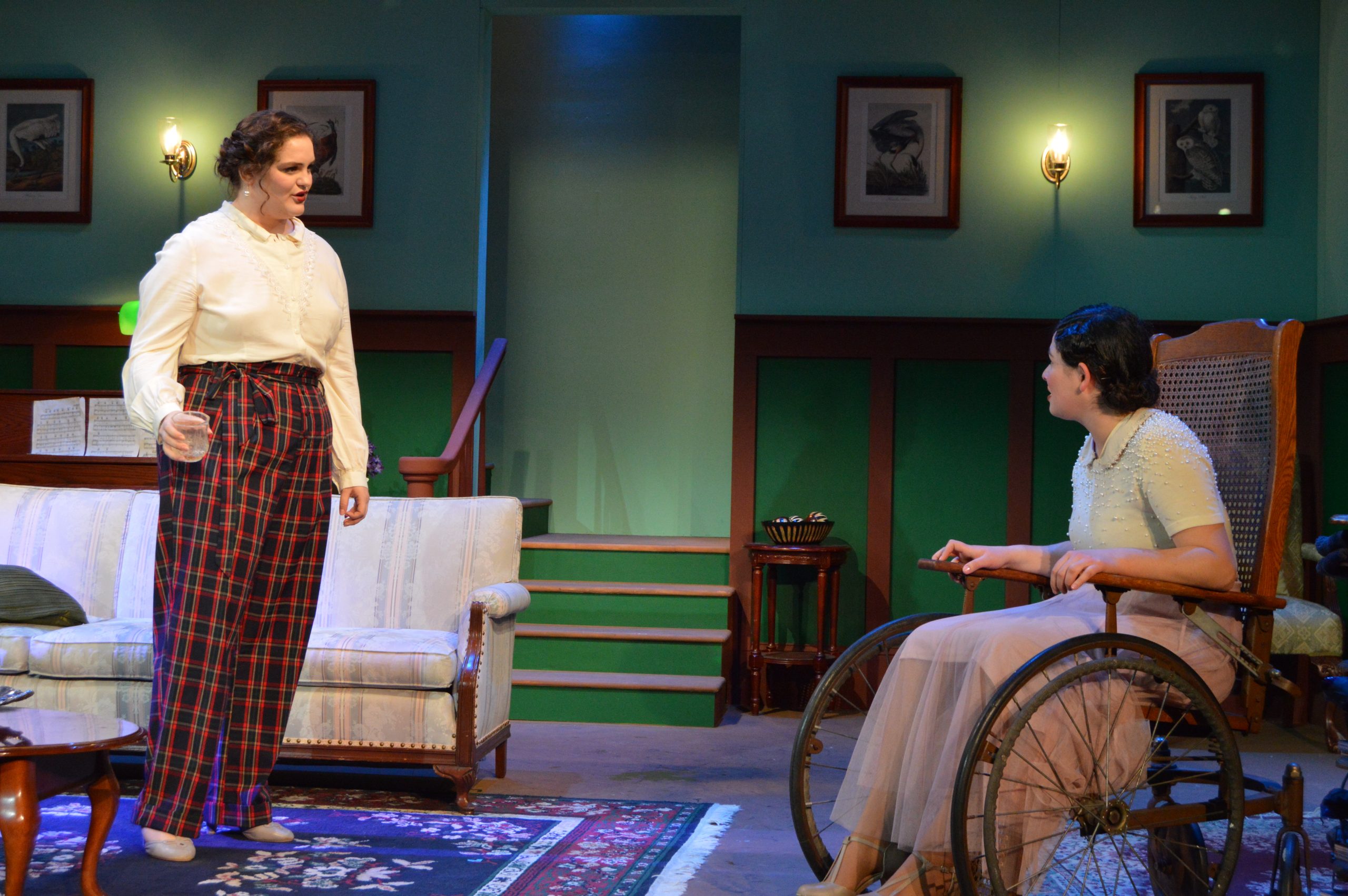 If there is one thing that can be said about West Chester University Theatre, it’s that they certainly have an eye for picking their next choice of theatrical production, and from my experience of the opening night performance of their new play, that sentiment still holds up. Their newest production, “​Fefu and Her Friends​,” is an adaptation of the 1977 play of the same name by Cuban-American playwright Maria Irene Fornes, and deals with themes of femininity, pain, loneliness, conformity, sexuality and outright madness.

It’s very important, dear readers, that I mention the idea of madness, as it is certainly how I felt walking out of the J. Peter Adler Studio Theatre, trying to make sense of the ordeal that was my experience with this production. To be perfectly candid, I loathed this production at first. The more I considered it though, the clearer it became to me about what the purpose of the play was: feminist expression through realist, but also absurdist, lenses.

Set during the spring of 1935 in the New England countryside, Fefu, the titular character, is hosting a party for her friends to meet, share a few laughs and discuss her charity benefit. Once all of the characters arrive, the production does something unexpected — it splits the audience into several groups and leads them into different sets, one being a kitchen, another an outdoor lawn and a bedroom. From there, each of the characters has their own personal scenes that show their personal struggles with womanhood, each in their own unique way. Special consideration goes to the actor who portrays Julia, who is struggling with delusions and a crippling injury that may be psychosomatic.

It’s about loneliness, specifically in how all women can feel and be made isolated in a male-dominated society.

The entire play is not completely serious though, make no mistake! Within the first scene alone, as Fefu is entertaining her two friends and insisting she isn’t crazy, she then takes a hunting shotgun from the wall, opens the patio door and shoots at her husband outside. As her two scared friends look on in horror, she casually remarks that the shot was a blank, and that it’s a sort of game that she and her hubby play. Within another scene, the ladies run around splashing water at each other over who will do the dishes. And last but not least, there is a scene where Julia and Paula are having a serious discussion, in which Julia has a long monologue about death and the idea of guardians… only for Julia to burst in from the kitchen to make a bad joke.

It is this style of drama/comedy that “Fefu and Her Friends” finds its home. It can feel jarring at times however, when the characters go from deadly serious to absurdist humor. Perhaps this is the point of the play, though: to show how women sometimes are even more mad than men when left alone! It’s part of the point in being a semi-absurdist play, it’s not meant to be understood as soon as the play is over, but instead is something that requires deep intellectual thinking and maybe even a second showing. I should also make mention of the surreal elements of the play, especially the ending, which feels like both a dream and a nightmare that sticks with you. Hence the earlier bit about madness.

As said earlier, the play is about many things. It’s about loneliness, specifically in how all women can feel and be made isolated in a male-dominated society. It’s about sexuality, given the play was written in the context of the sexual revolution that happened during the 60s — and from the setting, may have begun earlier — but also deals with homosexuality. It deals with gender roles in society, about how women are relegated to such stifling roles such as being objects of desire. Most of all though, it deals with pain, best shown in one line by Fefu herself, “My husband married me to have a constant reminder of how loathsome women are.” This line hits the hardest because it touches upon the pain that Fefu feels as a woman, of wanting to be seen as a person, one worthy of respect.

The most important question of all however, is the quality of the production itself. Just as I felt with WCU Theatre’s production of “Macbeth,” the production of “Fefu and Her Friends” is top-notch. The acting itself has to be talked about, not just because it’s an integral part of any review, but also because of how competent all of the players are, even for a college level production. Each performance really does sell the emotions that the characters are supposed to be feeling, culminating into a level of acting that felt so raw and visceral and authentic, that it left me stunned and awestruck more than once. In terms of quality of mise-en-scène, it becomes apparent the company did their homework, as each of the sets, costumes and props all feel in place, even if it takes a backseat to the acting.