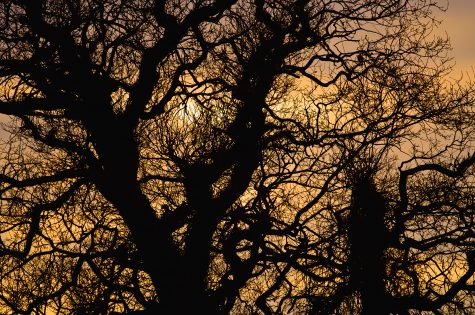 Environmental activism, like sea levels, is rising. Especially over the course of this past year, whether it be Bill Nye lighting a globe on fire to explain, quite literally, how the world is on fire, or Greta Thunberg, the 16-year-old activist who called out world leaders for their lack of action or the four million participants of the worldwide climate strike, people are standing up and speaking out against climate change.

Now there is a new trending hashtag, and this time, the spotlight is off of the turtles: #TeamTrees.

MrBeast, a YouTuber who boasts an audience of 25.3 million subscribers, is known for his unique brand of content. Ranging from “Last To Leave Pool of $20,000 Keeps It” to “World’s Largest Game of Dodgeball,” and from “Giving $100,000 to a Homeless Person” to “I Won Every Prize At A Theme Park,” there seems to be no limit to what he will do to provide entertainment, not even how much it will cost to actually execute.

For that reason, it should come as no surprise that his audience, in celebration of reaching 20 million subscribers, dared him to plant 20 million trees.

What was he going to do? Say no? Absolutely not.

On Oct. 25, MrBeast uploaded a video titled, “Planting 20,000,000 Trees, My Biggest Project Ever!” He opens up the vlog with enthusiastically accepting the challenge; though he acknowledges the grandiosity of the number, he never alludes to it being a ludicrous goal or deems it impossible or otherwise near impossible. Instead, with the help of his friends, MrBeast jumps right into planting as many as he can. They take the task seriously, consciously planting each tree eight feet apart from one another to avoid competition amongst the saplings, and doing the “tug test,” in which if a newly planted tree can be tugged on without lifting up from the soil, it is sturdy enough for proper growth.

In one day, they only managed to plant 300 trees. While others might choose 300 as a proficient enough ending point — for although 300 is far from the amount he was dared, it is also far from a small number — MrBeast did not stop there. Far from it, actually. Later he tweeted, “Attention Oregonians! I need an army to plant trees :)” and brought that 300 tree count up to hefty 1700.

However, even still, it does not take a math genius to realize that 1700 is still quite shy of 20 million. It is at that point that the video then reveals the real master plan, the project that required five months of planning in order to establish a framework that would shoot for success: the ultimate goal to raise $20 million to plant 20 million trees — all before the year 2020.

MrBeast partenered with the Arbor Day Foundation, the largest nonprofit tree-planting organization in the world. Whether through TeamTrees.org, Arbor Day Foundation’s #TeamTree fundraiser on Facebook or YouTube’s donate button, all donation money goes straight to the foundation to plant a tree wherever there is “great need,” that being state and national forests and public and private areas alike.

Having the same Charity Navigator rating as the American Red Cross, and 47 years of experience, the Arbor Day Foundation not only is the longest-running tree planting nonprofit organization, but they stand out amongst others in their field. They work closely with professional forestry partners, ensuring that each tree has a high rate of survivability. According to TeamTrees.org, the right trees are to be planted in “the right place, for the right reasons,” the Arbor Day Foundation themselves placing an emphasis on planting native species where their local conditions allow.

The plan is this: raise the $20 million dollars before Dec. 31, 2019, and begin planting in January 2020, completing the project by Dec. 2022 at the latest. This two-year time frame is because, alongside the Arbor Day Foundation, TeamTrees wants to guarantee high survivability for every tree planted with the donations. As TeamTrees.org states, “sure, you could plant trees faster, but you’d be risking the integrity of this vision.”

One dollar is equal to one tree. Another dollar is another tree, which is another natural fighter against climate change.

And according to the National Academy of Sciences, in comparison to other natural solutions to climate change, forest restoration actually has the greatest potential for lessening the severity of the climate crisis.

On the same day that MrBeast’s video released, YouTube channel The Infographics Show came out with a video of their own, delving into the environmental impact of planting 20 million trees:

A wide plethora of species call trees their home. Within a single, mature oak tree can be up to 500 species, which is important during the mass extinction that is going on. Currently, many species are dwindling in number. Lack of trees means that more animals are at risk for extinction — but “just one tree is like building a house, feeder and nursery all at once,” with 20 trees being an “entire animal city.”

They cool the air. By blocking sunlight and creating shade, trees help cool by the upward reflection of heat from their leaves, as well as the evaporation of moisture from the leaves’ surface, similar to sweating. This cooling can cool neighborhoods (e.g. in some places, down to 11 degrees in the summer) and buildings, lowering air conditioning use and saving 20-30% of energy.

Their root systems keep people safe, and purify water. Because trees’ root systems hold soil in place amidst heavy weather, they prevent flooding, mudslides and erosion. Furthermore, the systems filter impurities and retain water within the soil, meaning that it can then release purer, healthier oxygen and cleaner water vapor for the water cycle.

Trees absorb carbon dioxide. Whereas humans inhale oxygen and exhale carbon dioxide, trees do the exact opposite during photosynthesis, which is the perfect balance. Currently, carbon dioxide is building up, strengthening the greenhouse effect in the atmosphere and worsening global warming crisis. However, with the planting of more trees, the greater the reduction of said carbon dioxide — 20 million trees can consume the equivalent of a car driving over 1.7 billion miles annually.

Trees can also absorb other harmful pollutants. The particles of other pollutants such as carbon monoxide and sulfur dioxide are physically filtered by tree canopies; according to The Infographics Show, 20 million trees could remove up to 44 million pounds of pollutants a year.

Other big name YouTubers have expressed their support and involvement in #TeamTrees, including, but not limited to The Try Guys, TheOdd1sOut, How to Basic and even TED-ed — yes, the YouTube channel that hosts the infamous TED Talks. Even beyond YouTube, the movement has surpassed the bounds of the users of the video sharing platform: not only did the CEO of Twitter donate $150,000, but Tesla and SpaceX founder, Elon Musk, donated a grand $1 million to express his support for #TeamTrees. Musk even went as far to change his identity on Twitter to “Treelon,” after MrBeast tweeted a thanks in the form of, “TREELON MUSK FOR THE WIN :)))).”

In the first hour, $555,000 was raised, and within the first day, $3.5 million. By the time the first 48 hours had passed, donations had reached $5 million total. Most recently, at the time of which this article was written, a great $11.3 million has been donated so far to the #TeamTrees cause.

“Most recently, at the time of which this article was written, a great $11.3 million has been donated so far to the #TeamTrees cause.”

West Chester University has also been doing their part to fight against climate change. With their Climate Action Plan, they are constantly working towards becoming a more sustainable campus, and ultimately, the university hopes to become carbon neutral — in which for as much carbon dioxide is put into the atmosphere, that same amount of carbon dioxide is also being removed — by 2025.

The #TeamTrees project is a huge step in a positive direction. Adults, adolescents and kids alike are able to take part in combating the climate crisis. TeamTrees.org says, “there’s no silver bullet for fixing climate change, just silver buckshot, so we should actively pursue many different approaches including both preservation and restoration.”

For more information about #TeamTrees, or to donate and help accomplish the goal of planting 20 million trees by 2020, visit http://teamtrees.org.

Julien Padillo is a second-year Media and Culture major. JP913571@wcupa.edu.