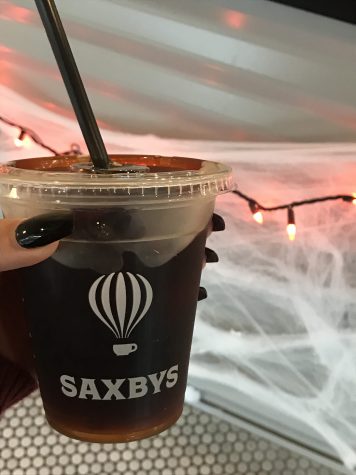 The path of becoming an entrepreneur started early in Nick Bayer’s life.

Bayer recounted learning from his parents’ experiences. His parents had him in their teenage years — and with no higher education, they took whatever jobs were available. They regretted not have more options professionally. Growing up with them made Bayer realize that people spend most of their lives working. “If you spend time on one thing more than anything else, make sure it’s something you love,” said Bayer.

“People never talked about social entrepreneurship when he was younger. When he began to learn about it, he realized that he wanted to build a business that had a positive impact.”

Like many of us, Bayer became a first generation college student, with the goal to find a profession he loved. He built a network in college, and realized that he loves to do good for others: “I wanted that feeling professionally.”

A huge part of his story was being an athlete, which got him into a good high school and college. He’s competitive, and that’s where he gets his motivation. He realized that having competition and making a positive impact were the two most important values to him in business.

According to Bayer’s experience, people never talked about social entrepreneurship when he was younger. When he began to learn about it, he realized that he wanted to build a business that had a positive impact. He planned to have a mission-driven business that could do good, while still being successful.

He decided to challenge himself. “Coffee is the best industry for competition. You have to work your butt off,” said Bayer. However, he mentioned that there’s no barrier to enter into the coffee business. Putting his values of competition and social good together, Bayer set out to create Saxbys about three years after graduating college. “We serve millionaires and the homeless, and treat everyone with respect. Everyone shares the community space,” says Bayer.

With about 900 people employed, Bayer’s goal is for Saxbys to be a vehicle for career development. He employs people who were formerly homeless, along with people who have PhDs. As part of his philanthropic method, Saxbys donates to a youth homeless shelter organization and provides job opportunities for homeless people. “It’s easy to write a check, but it’s harder to take people in, train them in life skills and develop their careers. I’m proud to say that Saxbys does this.” Bayer also has a project in place for training the next generation of student leaders while they are still in college called the Experimental Learning Program, mentioned in last week’s issue of The Quad.

He spoke on his goals to help students in higher education be career-ready upon graduation. “Higher education is in a crisis. College education costs are rising, but wages aren’t rising to meet that. Students just have to hope the investment is worth it,” Bayer said. He spoke to the fact that there’s only so much students can learn in the classroom. “To be a good worker, students need power skills like emotional intelligence, critical thinking and working well with other people. Power skills make students incredibly employable and make you good at what you do. These skills will brighten your future.”

On working with West Chester University to build the Saxbys location, Bayer said, “I’m not an expert on higher education. Christopher Fiorentino is. Our partners at WCU are experts in education, and I love to hear them talk so passionately about their students and their futures.” His program places college students in the top position of Saxbys cafes for six months.

“With about 900 people employed, Bayer’s goal is for Saxbys to be a vehicle for career development.”

“[With the WCU Experimental Learning Program], we prepare students for the real world. We don’t teach classroom skills, but rather prepare people for the outside world. You can’t make it through this program without power skills,” said Bayer. “When young people are graduating, employers will see a great education but also great management experience, with students making tough decisions every day. Student CEOs will be light years beyond where I was when I graduated.”

Alexis Lincoln is a third-year English major with a minor journalism.  AL892562@wcupa.edu.