A look at NFL week eight 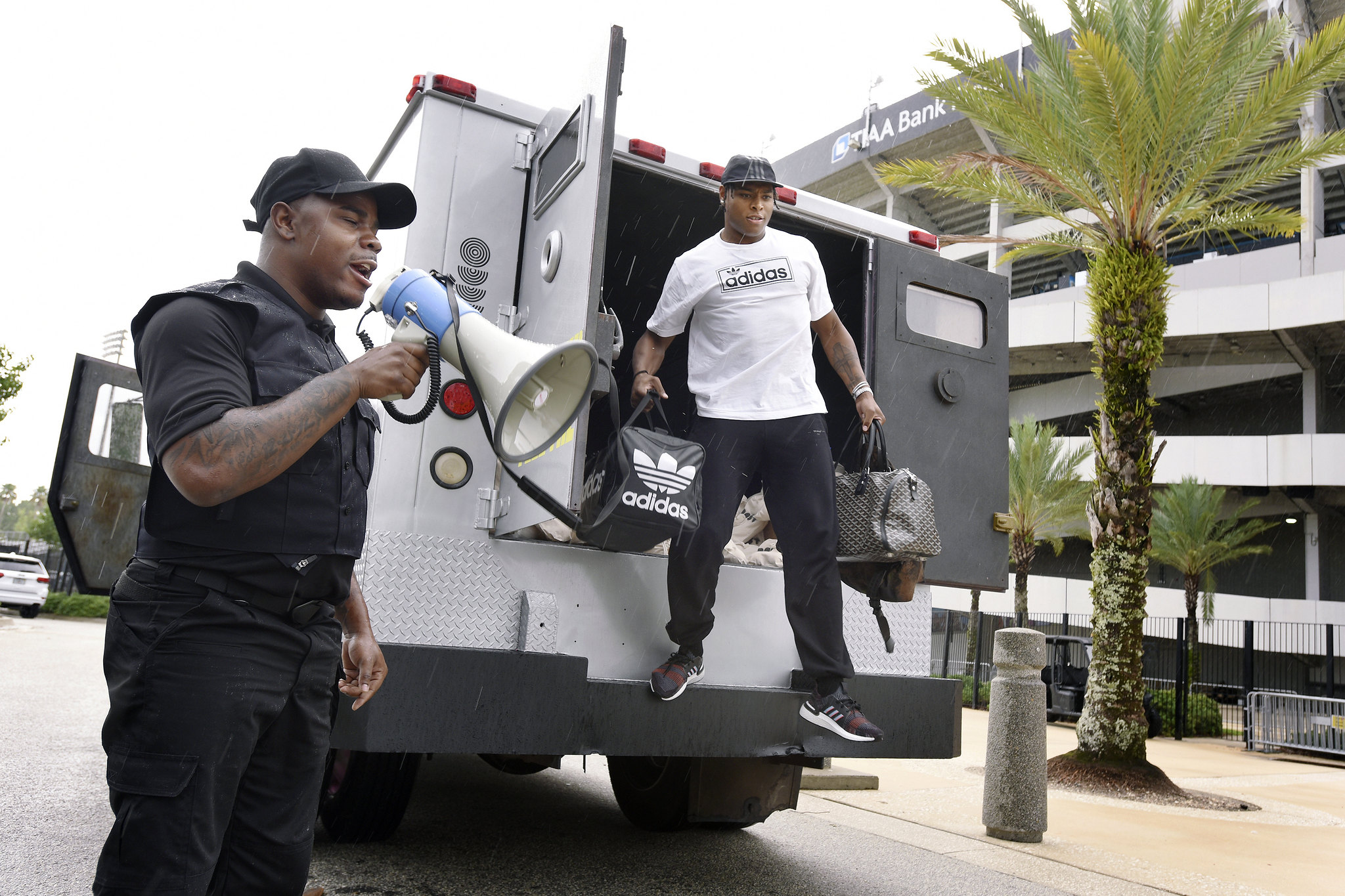 The NFL has been positively buzzing with activity every day for the last week— not that this isn’t something we haven’t seen before. Every second between now and 4 p.m. on Tuesday is one step closer to the league’s financial midnight — the Trade Deadline. This week, we take a closer look at the buzz and why some big names have gotten some new digs.

The first move that truly lit the NFL’s infamous mid-October fire sale was the Jaguars’ dealing of young star cornerback Jalen Ramsey to the Rams. Rumor has it that Ramsey’s frustrations with the Jacksonville organization had reached a fever pitch, and with the deadline approaching (and almost a dozen teams looking to fix or bolster their defense), he was a prime trade piece. Every candidate was willing to hand over the kitchen sink for the Florida State grad in what is so far still the most expensive transaction on the year.

But, at the end of the day, it was Los Angeles who forked over two first-round picks in 2020 and 2021 and a fourth-round pick in 2021 to receive Ramsey and bolster the defense of a team that won’t be drafting in the first round for the next five years.

The next penny to drop fell in Atlanta. The Falcons, struggling at 1-6, are selling house in the hopes of a better future. Therefore, on Oct. 22, they handed over the 30-year-old wide receiver Mohamed Sanu to New England for a second-round draft pick. The Patriots (although not the most desperate team) look to pull some pressure off of star WR Julian Edelman. The New England receiving front has seen a plethora of unexpected changes already, burning through such names as Josh Gordon and Antonio Brown (who barely lasted a week with Tom Brady and company). This was not the first big move in Foxborough, and it won’t be the last as the offensive carousel that seems to constantly spin in New England keeps rolling.

On the topic of wide receivers, let’s head to Denver. The Broncos are yet another struggling team who are looking to secure their future. To do this, just this week they gave up two-time Pro Bowler Emmanuel Sanders to the still undefeated 49ers. At week eight, not even Kyle Shanahan thought that San Francisco would still steamroll like they are. In the hopes of securing a deep playoff run, the 49ers gave up a third and fourth round pick in 2020 for the Texas native. Sanders now finds himself in the good graces of such emerging superstars as Dante Pettis and Marquise Goodwin, on a team bound for seemingly inevitable success.

The theme on this year’s trading block seems to be less one of 50/50 teams filling voids in their squads and more of a narrative where NFL powerhouses bolster their already successful organizations. The Rams’ secondary didn’t need help anymore than the San Francisco receiving front did.

Another source to cite in this saga is that of the Cowboy’s defense. Despite not struggling by any stretch of the imagination, the Cowboys just laid down only a 2021 seventh round pick (that could become a sixth round pick) to receive three-time Pro Bowler and former Superbowl champion with the Philadelphia Eagles Michael Bennett from the New England Patriots (I told you they’d be back). Apart from simply being the only uniform worse to see Bennett in other than a New England one for Philadelphia fans, the veteran defensive end’s addition to the Dallas squad means a much stronger standing in the NFC East. If the Cowboys  look to cement themselves as true deep playoff contenders, this may have been exactly the move to do it.

Every second of every minute, the waters get hotter for GM’s (general managers) across football. When shops close down Tuesday afternoon, we will finally have a comprehensive picture of where the NFL’s 100th season might stand come playoff time. However, in mid-October, 24 hours is a long time. Rumors can still circle and lives can still be changed. The only certainty that can be drawn from any of this, is that more changes are definitely on their way.

Matthew Shimkonis is a first-year student majoring in history. MS925373@wcupa.edu