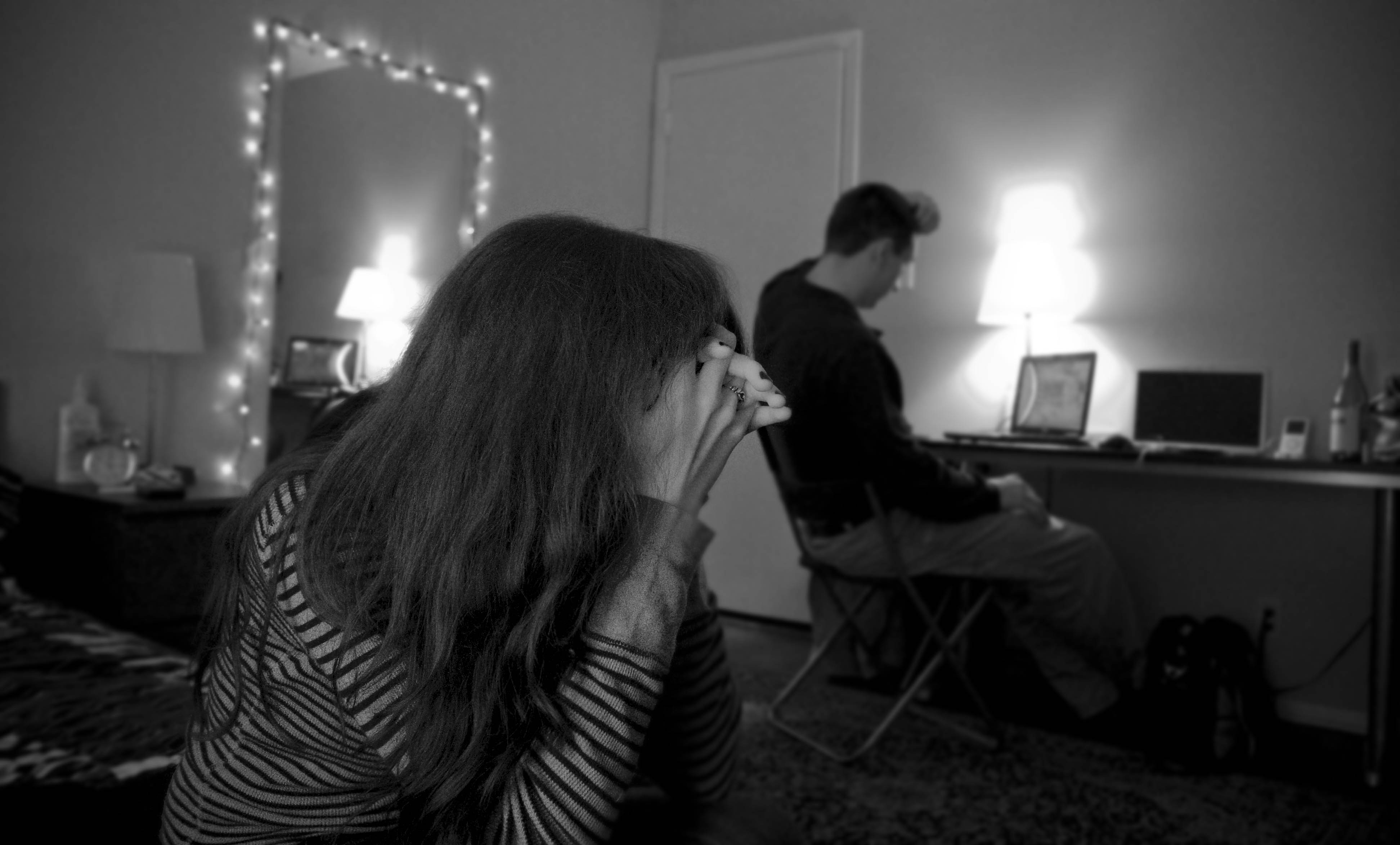 Photo: “argument.” by smile_kerry is licensed under CC BY-NC 2.0.

The phrase, “love is blind” is a relatively loaded statement. For most people, it simply means that when we love a person, whether it is platonically, romantically, or otherwise, we tend to look past that person’s flaws, even when they are staring us right in the face.

It seems like a fairly harmless phrase that could even be a potentially sweet sentiment explaining how we only think the best of the people whom we have a great deal of love for.

But when that person begins to manipulate your unconditional love for them in a way that keeps you blind, that love is no longer mutual and the power dynamic is not even, making the bond very toxic and dangerous.

Gaslighting, a term that often times encapsulates the sort of relationship with these characteristics, is defined by the Oxford Dictionary as, “manipulation [of someone] by psychological means into questioning their own sanity.” As I have come to realize, this is not a word that is commonly known and understood. I had never even heard of it until coming to college, and neither did many other people in my life.

What I understand now more than ever is that having the vocabulary and gaining the knowledge to be able to define healthy and unhealthy relationships is ridiculously invaluable. So with that in mind, here are three red flags that often indicate that you are being gaslighted.

1) They are constantly discrediting and undermining your feelings and emotions.

This usually occurs whenever you initiate conflict with them, even if it is done in the most civil and appropriate manner possible.

When you are being gaslighted, anytime you bring a concern to their attention they are going to spin it so that you are the issue, as opposed to themselves. You’ll notice that every conversation that begins with you having a problem with their behavior, will somehow end with you being the bad guy. They’ll say things such as, “you’re crazy,” “you’re being so dramatic,” “I don’t understand why this is such a big deal,” and the like, so as to devalue your purpose in attempting to address something that they are doing which harms you.

In addition to this, they may flat out lie, or deny that what you are saying is even the truth. It won’t matter if you have evidence or if you have specific anecdotes to support your concern, they will make you feel crazy and in doing so, they will begin planting seeds of doubt within your mind to suggest that you are the problem within the relationship and not them.

What I understand now more than ever is that having the vocabulary and gaining the knowledge to be able to define healthy and unhealthy relationships is ridiculously invaluable.

2) They know exactly what words to use in order to gain sympathy.

This may be by immediately smothering you with loving affirmations that only seem to be present when you are angry or hurt by them. If the only time you are receiving those messages is after you have tried to speak up against something that they are doing, there’s a pretty good chance that everything being said is laced with insincerity, only meant to bury the trail of misbehavior on their part.

This might also take the shape of empty promises. Statements such as, “I promise this will never happen again,” or “I’ll change, I swear,” with no real follow-through are blatant acts of manipulation. It is giving someone just enough to think that maybe, just maybe, this time you got through to them, when in reality, nothing is going to be different.

They could even blame their behavior on forces that you know are unable to be controlled by them such as stressful schedules, going through rough times in other relationships or social situations, or even mental health. While all of these things are very valid problems for that person to be dealing with, repeatedly using them as excuses for treating you poorly while preying on your empathy is a form of skilled, psychological abuse.

3) You begin to second-guess your every move as a result of the blame shifting.

This could potentially be the most difficult to identify, as you have been conditioned to feel as if everything is your fault, with no room to question that maybe you are not the one to blame for many of the significant problems.

However, once you realize just how often you fall victim to the self deprecation and doubt, you’ll realize just how much of your sanity has been sacrificed in order to keep the peace. It can be very difficult to admit, but often times you could be kept walking on eggshells, not wanting to bring anything up for fear that it’ll just bring more harm than good and be more trouble than it’s even worth, which is certainly not the way complications are handled within healthy relationships.

When a relationship is not toxic, issues and concerns are brought up openly and constructively, and accountability is taken by those who should be taking it, not by those who feel like they have to take it.

What is important to note is that, should you come to the conclusion that the definition and characteristics of gaslighting apply to whatever relationship you are in, you absolutely do have the power to walk away from it. The manipulator may make it difficult, but in the end, ending a friendship or romantic relationship that fed on your vulnerabilities is the smartest and healthiest thing a person could ever do.