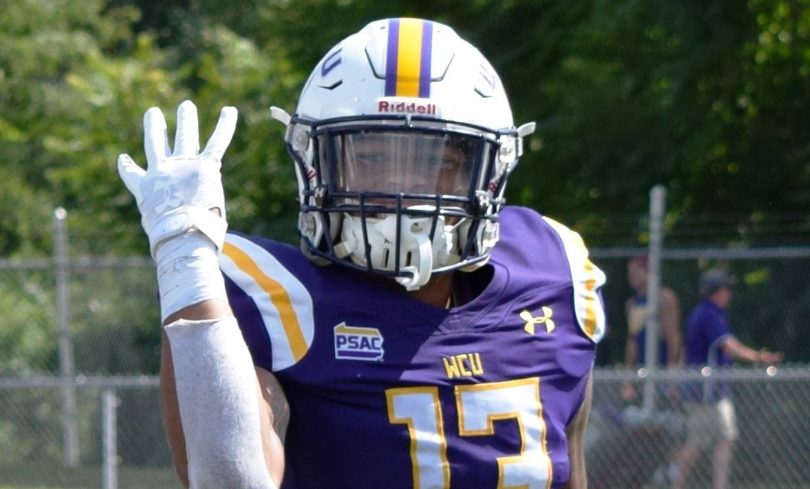 West Chester (5-0, 2-0 PSAC) remains in a three-way tie for first place in the Eastern Division of the Pennsylvania State Athletic Conference while Shippensburg (1-4, 1-1) falls into a tie for fourth.

West Chester had jumped out to a 10-0 lead in the first quarter on a 23-yard field goal by Andrew Chegia (Kennett, Pa./Unionville) and a 67-yard touchdown reception by Gabe Schappell (Reading, Pa./Exeter).

However, the hosts battled back on consecutive touchdown runs by Luke Durkin. The Shippensburg running back scored all three of the home team’s touchdowns Saturday.

Marcus Wilson (Reading, Pa./Berks Catholic) ran in from -yard out with 10 minutes left in the half to give West Chester a 16-14 lead it would take into the locker room. When Durkin busted in from the 1-yard line with five mintues to go in the third, Shippensburg was back on top, 21-16.

That is when the Golden Rams top-ranked defense came alive in the fourth quarter, forcing three punts, including two drives that were three-and-out.

West Chester returns home next Saturday for another PSAC showdown with arch-rival Bloomsburg at Farrell Stadium. Kick is set for 12:06 p.m. The game will be broadcast live by SportsFever TV. The game will also be streamed on Facebook Live. 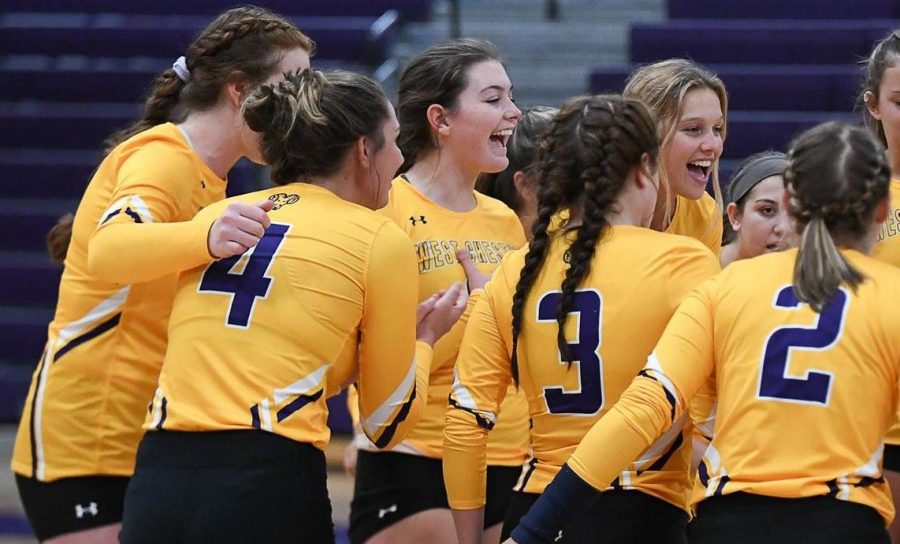 The Golden Rams jumped out to a 12-5 lead in the first set before Pitt-Johnstown climbed back to make it 24-23. Senior Rachel Robb (Blackwood, N.J. / Paul VI) sealed it with a kill.

The second set was the same story as West Chester led 10-5, and a kill from Robb ended it at 25-21. Senior Emily Ahern (Downingtown, Pa. / Downingtown West) assisted both set-clinching kills.

West Chester needed one point to win the match at four different spots in the third set. But they couldn’t put it away as UPJ battled to win it 29-27.

The fourth set was never close. The Mountain Cats took a 7-1 lead and never looked back, winning 25-18.

The lead changed five times in the fifth set. Freshman Ali Miller (Enola, Pa. / Cumberland Valley) had a remarkable kill to make it 17-16 that she bumped over the net while she was facing away from it. The Golden Rams took the victory on the next point as UPJ hit the ball into the net.

West Chester is back on the road with matches at Gannon University, Mercyhurst University and Edinboro University of Pennsylvania on Thursday, Friday and Saturday.

“Caster Semenya” by 13o licensed under CC BY-NC-SA 2.0   Competing at the Olympic Games is a once-in-a lifetime opportunity for athletes at a global level. It goes without...