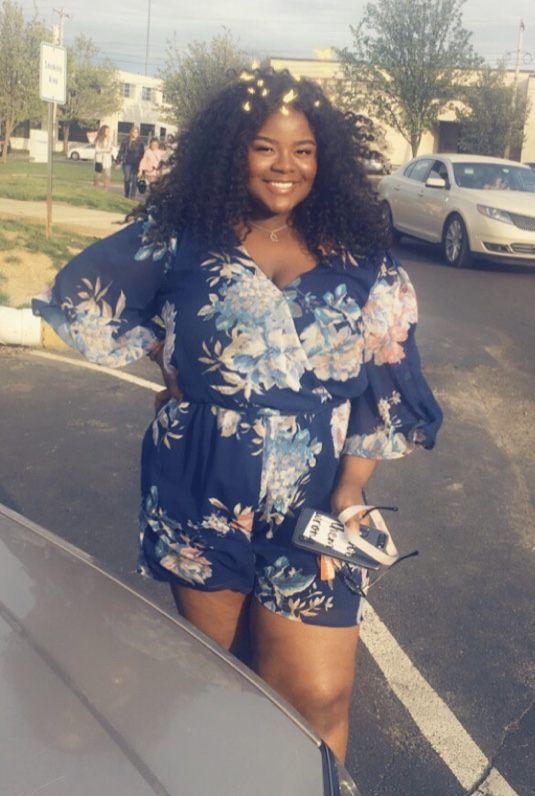 Of course AVATT wouldn’t have happened without all of the amazing students that participated and interviewed this semester for their inspiring voices. During Diversity week, I attended a program hosted by the French club “Languages and Cultures; Third Culture Kids”. Here I met an amazing student, Alexa Laroche, a sophomore majoring in political science and minoring in international studies. Laroche raised by Haitian parents who grew up in Manhattan, New York with her grandparents coming from Haiti, told the Quad, “I had a strict lifestyle growing up, different from most kids…our traditions were different from the norm. I was told what to wear, what kind of foods I could eat, wearing makeup was limited to certain products.” It was a lifestyle that Laroche was used to. “It was hard for other kids to believe my parents raised me like that, but to me, that was just normal”. I also asked Alexa if her childhood helped her turn out differently. “I would say it definitely made me sneaky with my parents. I felt like I couldn’t open up to them about a lot of stuff I was going through growing up because they were so strict and wouldn’t understand.”

But coming from a strong upbringing forced her to take pride in her culture. “I’ve never felt ashamed or embarrassed of being Haitian, if anything, it made me proud…I enjoyed having my own culture and traditions that are special to me and are a part of me”. Coming to WCU, her passion for being Haitian stayed with her. “I don’t let myself get too wrapped up in a group, partying or anything. That’s out of my character. I still find ways to stay in touch with myself.” Part of that is staying connected with other third-culture students here on campus. “Since Haiti is derived from West Africa, we all relate to each other from there…our parents raised us the same way, we face the same challenges and all come from backgrounds that we heavily advocate for.”

Laroche goes on to talk about the diversity climate at West Chester. “I definitely do think this campus can do better at promoting diversity and the different cultures here…even things such as recognizing everyone’s Independence Day, or promoting Diversity Week as much as event such as Banana Day is promoted. Other things such as the flag for Black History Month should be bigger than the schools banner… little changes such as those can come a long way”.

Laroche is a hard-working student who loves to stay organized and plan her week out accordingly to stay active and motivated in school. She says her biggest motivation is herself. “If I don’t want to do something then I’m not going to do it. You could have a whole team behind you telling you to keep going, but if you don’t believe in yourself, then you won’t get anywhere.” Laroche also pushes herself to be an advocate for social injustices such as rape culture, race and inclusivity on campus.

To other third-culture students, Laroche’s advice is, “Stay true to yourself and continue to wear your culture with pride and celebrate your traditions…this campus could always use more diversity. Be that addition.”