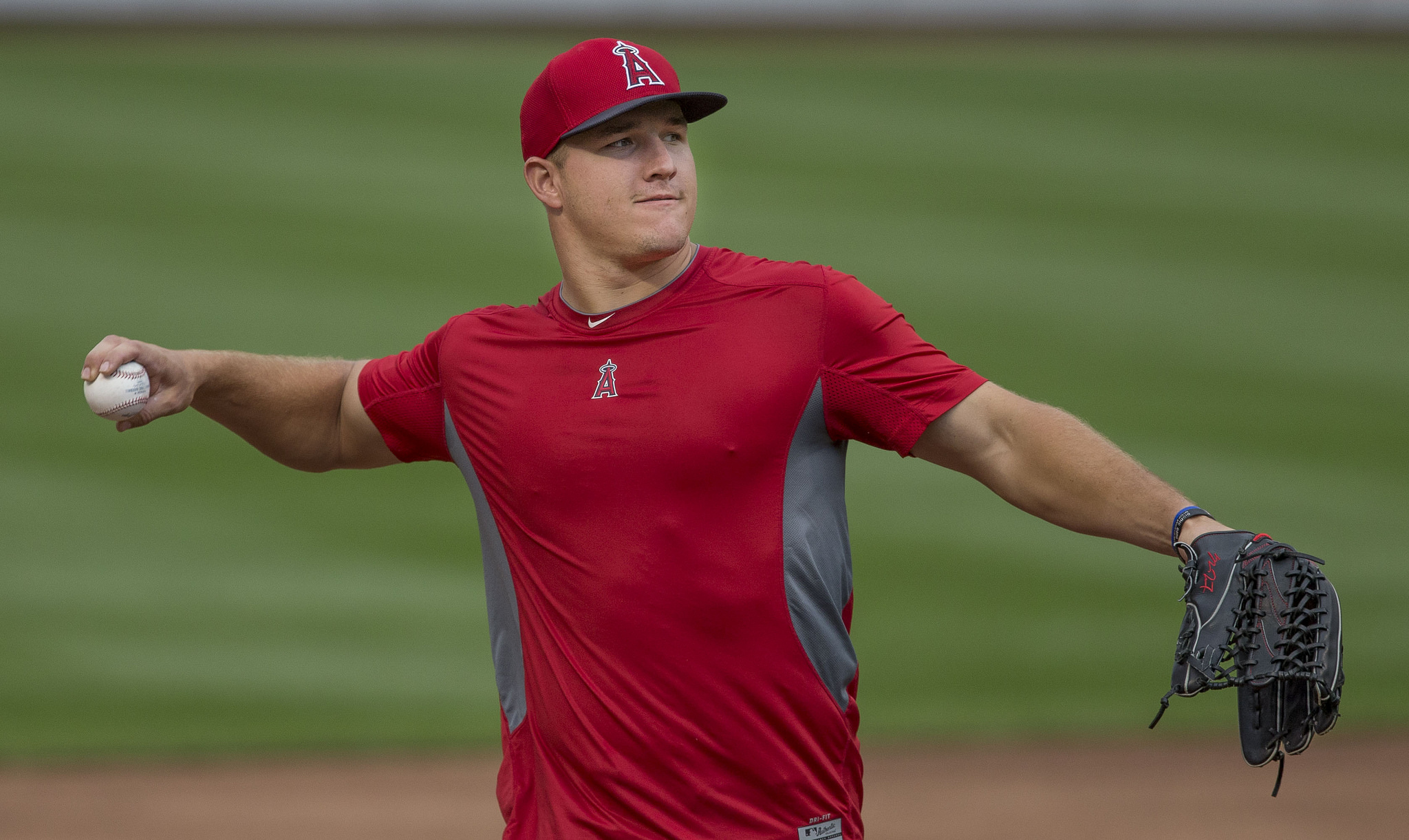 Phillies and baseball fans, it’s time to get ready for your opening day this week! Now that the tide of free agency has swelled, it’s time to finally see the new and improved teams in action. Besides Bryce Harper and Manny Machado, one other generational talent has also been coming up in the news lately, and his name is Mike Trout of the Los Angeles Angels of Anaheim (or the Anaheim Angels if you call them by their previous name). Once Bryce Harper was signed, he alluded to wanting to recruit Trout to Philadelphia during his press conference, and all bets were off. Just weeks prior, Harper got an absolute monster of a contract of 13 years for $330 million. With that, Harper’s contract broke the North American record for the highest contract of all time. Until Trout’s news dropped this past week.

On March 19, ESPN’s Jeff Passan broke the news that shocked the baseball world and opened up many possibilities. According to his report, Trout agreed to a 12-year, $430 million contract extension with the Angels, killing the recruitment plan Harper had for him come 2020 when his original contract was going to be up. After Harper’s deal, the entire sports world knew Trout was going to get more, but nobody expected the Angels to extend him this quickly. Ever since the Trout news broke, people have been going nuts on online social media platforms, and it’s just insane to see, for the first time, a pro-athlete being paid nearly half a billion dollars for their talent.

Just a decade ago, that was unheard of, with the highest paid player in sports being New York Yankees’ star Alex Rodriguez at $275 million. Even back then in 2008-2009, seeing Rodriguez paid that much was insane to think about. But in the end, this is amazing for sports, ultimately because it just puts so much on that player to be a star, and ultimately, knowing Trout’s stats in past years, he definitely will be. As for Harper, the fame of being the highest paid athlete in North American sports has definitely vanished, but at the same time, the pressure is still on.

As the National League East seems to look like a juggernaut, and many other teams like the Angels are locking up star players, nobody really knows what to think of who really stands out this year; besides the current World Champion Boston Red Sox and Houston. Unfortunately for us Phillies fans, the dream of seeing our hometown boy in Trout has been shattered, at least for the next 12 years of our lives. But in the end, we still have so many great players on our team to cheer for, like Harper, Andrew McCutchen, J.T Realmuto, Rhys Hoskins, Aaron Nola, and so much more talent on our squad. However, one lesson we should all take as fans here, is that even though Trout may not have chosen Philadelphia to finish his career, it is still his home, and the harsh reactions on social media aren’t the best things to do or say. $430 million is a lot of cash. I think we’d all take that offer.

Just don’t take away Trout as an Eagles fan or a hometown boy, because ultimately, he’s still one of us, even if he isn’t a Phillie. Respect one of the greats, because even in L.A., that is what he’ll be.

Jeffrey Babcock is a second-year student majoring in Communications. JB884128@wcupa.edu