Ask Ali: Congresswomen fight back against State of the Union 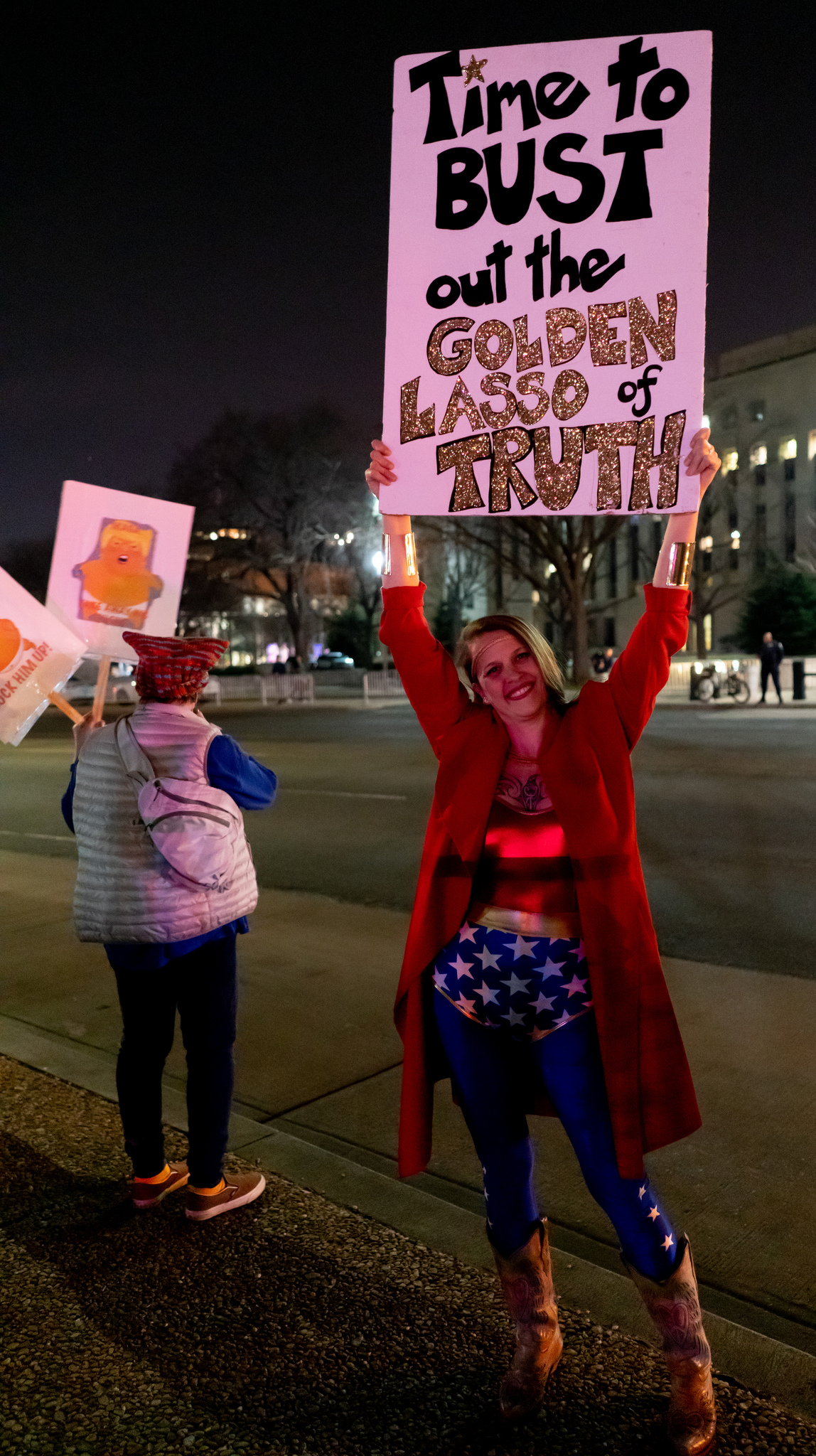 Image: “State of the Union protest” by Victoria Pickering is licensed under CC BY-NC-ND 2.0.

On Tuesday, Feb. 5, 2019, President Donald Trump gave the annual State of the Union address in the House Chamber of the Capitol Building. The speech covered a wide array of topics, most of which Trump vowed to act upon during the third and current year of his term.

Much of Trump’s speech had to do with unity and, of course, “making America great,” despite the irony of the fact that the longest government shutdown in the history of our nation had preceded this speech by only 11 days, and that countless issues including border control tactics, climate change, gun control, sexual assault and deportation seem to be far from civilly resolved.

This thought was not lost among many of the American people, nor was it lost upon many of the members of Congress.

As of 2019, there are now more women in Congress than ever. The Democratic women in particular chose to utilize this year’s State of the Union address as an opportunity to show solidarity and resistance against the Trump administration and the policies that have been presented throughout his term.

By dressing in all white, 89 congresswomen of the Democratic party showed true unity and resilience towards the opposing side, communicating non-verbally that they will not lie dormant while the president continues to run the country in ways they do not accept.

As it turns out, the congresswoman’s choice of clothing had a dual meaning. In addition to resisting Trump’s messages, the all-white ensembles that could be seen on women from Madeleine Dean to Speaker of the House Nancy Pelosi also acted as a nod toward the suffragette movement.

‘We as citizens should feel compelled to make the same promise.’

2019 marks 100 years since the congressional passing of the 19th Amendment, which granted women the right to vote, something that the suffragettes of the early 20th century fought unceasingly for. The color that came to symbolize the women’s movement is white, which was intentionally chosen by the women in Congress as a tribute to the strong ladies that came before them.

In a tweet explaining the gesture, freshman Representative Alexandria Ocasio-Cortez stated, “I wore all white today to honor the women who paved the path before me, and for all the women yet to come.

From suffragettes to Shirley Chisholm, I wouldn’t be here if it wasn’t for the mothers of the movement.”

In a second subtle yet equally as powerful act of defiance towards the president, a few of those same congresswomen brought very important guests. As a rule, each member of Congress is allowed to have one person in company as they attend the State of the Union address. Many of the ladies in white chose very specific women to bring with them.

For instance, Rep. Pramila Jayapal brought with her Lisa J. Graumlich, a climate expert and Dean of the University of Washington College of the Environment. Linda Clark, a woman facing the pressing threat of deportation despite calling America her home for the last 18 years after fleeing the civil war in Liberia, was brought by Rep. Ilhan Omar. Additionally, Ocasio-Cortez  brought Ana Maria Archila, who was responsible for calling out Senator Jeff Flake on his support of Brett Kavanaugh.

These women were intentionally brought to highlight the issues of climate change, immigration policies and sexual assault, respectively.

From this, not only was a conversation sparked among those in power, but it generated much conversation amongst the media and the public about the issues faced by our country, and the difference between the ideals of these women and those of Trump.

As a result of the measures taken by the Democratic women in the House and Senate, it is now clearer than ever before that our Congress will not allow the moral foundation of our country to be compromised by the current administration. Their protest was a call to action for all citizens to take a stand and fight the power.

By making this statement, these women have made a promise to our country to fight to see that the problems we face today are handled in a way that makes sense and is in the best interest of all people, and we as citizens should feel compelled to make the same promise.