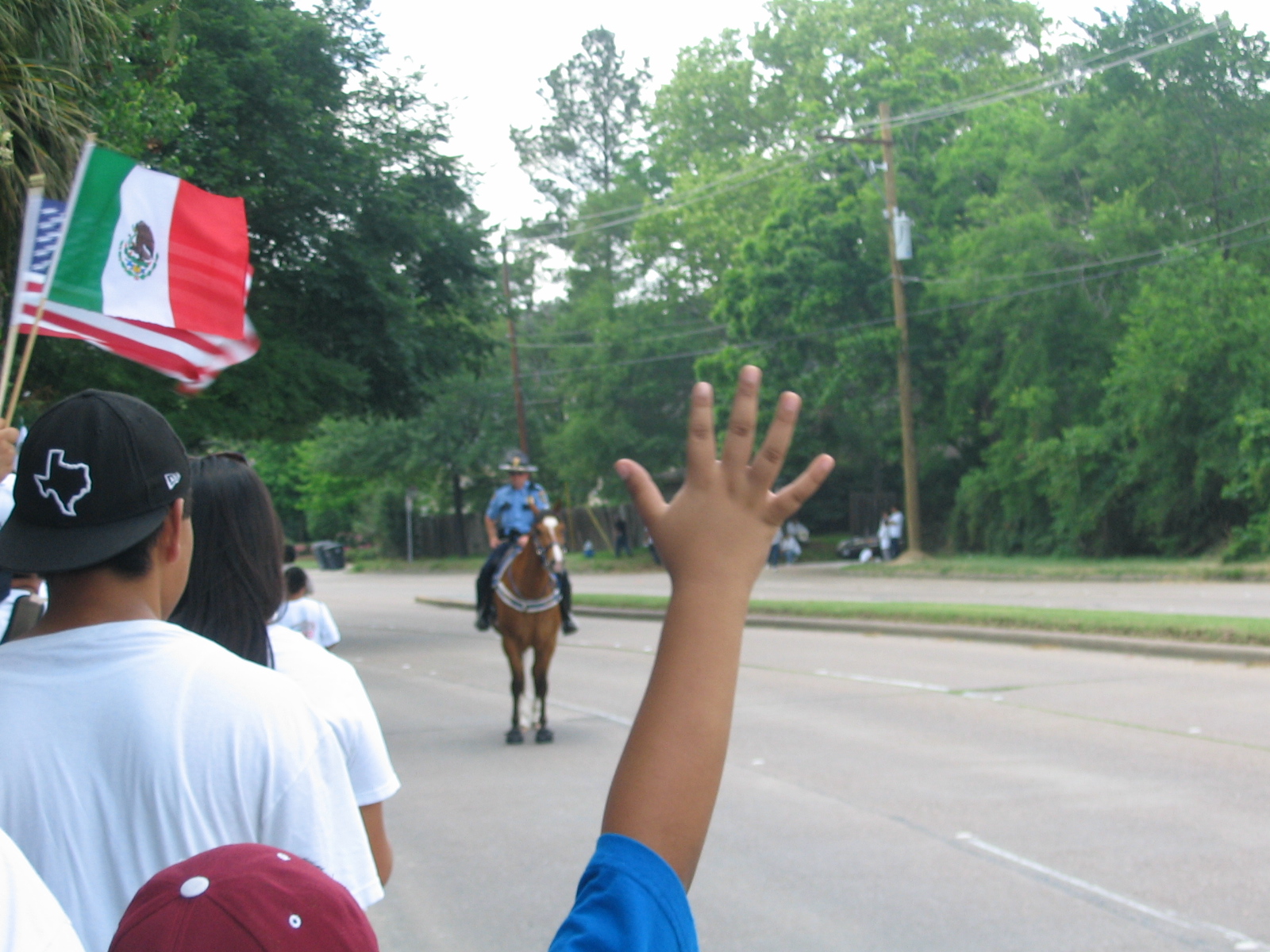 Image: “A Day Without Immigrants” by Kyle Moore is licensed under public domain.

On Feb. 3, 2019, the Pentagon announced that a “deployment of 3,750 troops” are being sent to the Mexican border, according to an NBC news article by Amanda Macias. This announcement came during a time where immigrants are seeking asylum. The Pentagon’s announcement was before President Donald Trump’s State of the Union address on Feb. 5. Despite the announcement of a troop increase, there was some concern over President Trump’s orders. In an Independent article by Clark Mindock, New Mexico Democratic governor Michelle Lujan Grisham stated that, “New Mexico will not take part in the president’s charade of border fearmongering.” According to a National Public Radio (NPR) article by Matthew S. Schwartz, he explains that National Guard troops and U.S. Customs and Border protection troops are stationed at the Mexican border for support, and not to “apprehend migrants.”

With the U.S. troop increase at the Mexican border, will this problem cause further tensions between the US and Mexico? As WCU students, should we be concerned over the immigration issue over the supposed border wall?

One anonymous student from WCU states that the issue regarding the border wall is “a waste of money and it makes our country look bad. People really spend a long time talking about the Statue of Liberty as one of the most important symbols of America. I feel that if we build a massive wall on our southern border, it’s going to supplant the Statue of Liberty as what people talk about when we talk about immigration and America.”

‘I feel that if we build a massive wall on our southern border, it’s going to supplant the Statue of Liberty as what people talk about when we talk about immigration and America.’

In America’s past, the U.S. had a rough spot in dealing with immigration. For instance, at the turn of the century, immigrants from Ellis Island had to take a physical and mental test to see if they were qualified to be part of the American system. If the immigrant qualified, then the individual was able to enter the U.S. However, if unsuccessful, the immigrant would have to go back to their home country. For them, immigrants desired to find a new start in the “land of opportunity” and leave their past behind. Successful immigrants who entered the U.S. were met with nativism, which is an ideology to protect native born Americans from immigrants.

Fast forwarding to the 21st century, immigrants continue to enter the U.S. to seek a better life, and others enter the U.S. for other reasons. Issues such as the threat of terrorism, human trafficking and the illegal drug industry leave much to the imagination of the American public. In his speeches, President Trump announced that he would build a wall  at the Mexican border and have Mexico pay for it. In a interview with Mika Brzezinski on MSNBC, Trump referred to the border wall as beautiful. However, Mexico refused to pay for the  “beautiful” wall and it was the central argument to the longest government shutdown in U.S. history.

The exact origin of the border wall is dated back to August 1918 by Felix B. Penaloza, stated by Rachel St. John from the Smithsonian magazine. The Smithsonian magazine goes on to state that this idea of a border fence was not brought on by political issues, but rather by “cooperative measure[s]” between the U.S. and Mexico. Events such as the Pancho Villa issue and World War II caused Americans to rethink their boundaries. In time, deeper instillation of a border fence and personnel became a demand which left the immigrant issue to become a “humanitarian crisis.”

A possible end result toward the construction of the wall might further deepen nativist feelings toward immigrants or xenophobia. Only time can truly tell if the decision of constructing a wall would assist or condemn immigrants in their desire to come to America. For one anonymous student, the situation of the border wall “changed the fabric of the government.”

Nicolas Bartelmo is a third-year student majoring in history. NB790429@wcupa.edu