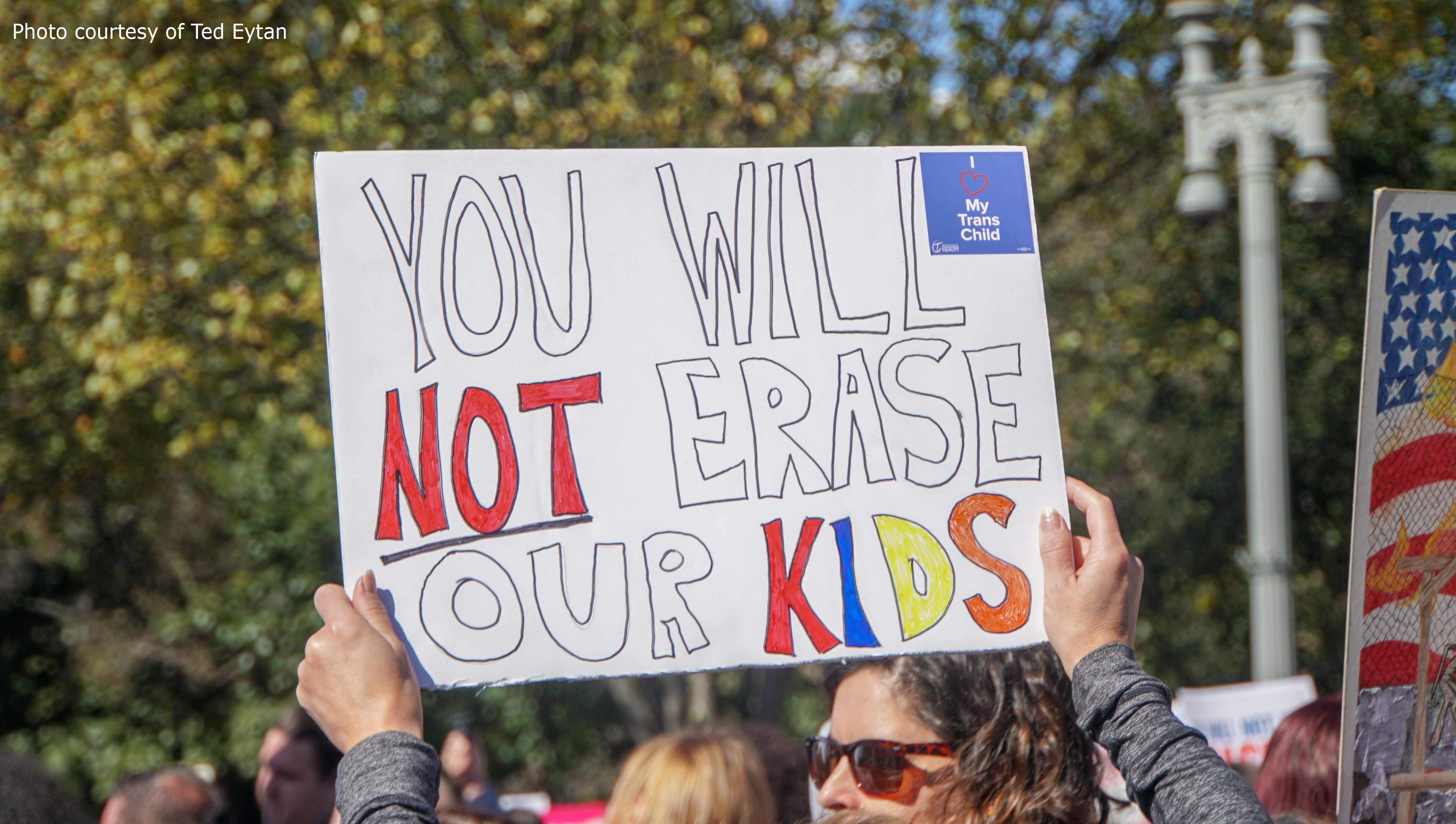 This week, The New York Times claimed it obtained a memo from the Trump administration that proposed a change in Title IX that would create a narrow definition of gender —  essentially denying the existence of transgender people. Gender would be defined as a “biological, immutable condition determined by genitalia at birth,” according to the Times. The memo continues, “[t]he sex listed on a person’s birth certificate, as originally issued, shall constitute definitive proof of a person’s sex unless rebutted by reliable genetic evidence.”

Title IX is the education amendment that protects people from gender discrimination in education programs that receive federal financial assistance. It states, “[n]o person in the United States shall, on the basis of sex, be excluded from participation in, be denied the benefits of, or be subjected to discrimination under any education program or activity receiving Federal financial assistance.” If this definition of sex is enacted, it will roll back the protections that transgender people receive under Title IX, because sex will be viewed as strictly male or female.

The Trump administration is no stranger to controversial and anti-trans stances. Trump has tried twice since July to ban transgender people from serving in the military, both times blocked by federal judges and courts. Only a month into his presidency, Trump reversed the Obama-era protection that allowed transgender students to use the gendered bathroom that they identified with.

Despite these clear anti-trans policies, the leaked memo still came as a shock to the transgender community and its allies. Rightly so, because this proposed definition would eradicate their existence on a federal level. There are 1.4 million Americans who self-identify as a gender that they were not assigned at birth. After The New York Times leaked the memo, the hashtag #WontBeErased came about to show the Trump administration that transgender people will not be denied their right to exist. Rallies took place in New York and as well as in Washington—  right in front of the White House.

Although the actual contents of the memo aren’t clear and there are no concrete efforts made public to create a legal definition of sex, Trump did say that “they have a lot of different things happening with respect to transgender right now.” He also said that he is looking to “protect everybody” and “protect our country.” However, it’s clear to see that the memo does the complete opposite for trans folks. It strips away their rights and, more than that, puts their very existence into question. Being transgender is not an issue that should be used for political gain as it’s not a debate —  it’s someone’s entire being, their life and what they identify as. It’s an oxymoron to say that legally defining transgender people out of existence will be protecting them when you  pretend they don’t even exist.

Not only is this policy cruel, it has no clear scientific basis. Although the memo states that the definition of gender should be determined on a “biological basis that is clear, grounded in science, objective and administrable,” the proposed definition is anything but. Time and time again, studies have shown that gender is not binary. Moreover, the memo states that a person’s sex is what they born with, “unless rebutted by reliable genetic evidence.” There is not one specific gender delineation, and no genetic test that is able to determine whether you are male or female. Aside from that lack, the need for a genetic test or being forced to provide evidence to show you are who you say you identify as would be humiliating and dehumanizing.

It should be clear why this is a pressing issue: this administration continues to roll back Obama-era policies, and it feels as if our country is moving backward instead of forward. Pennsylvania is one of the many states that has no protections regarding protecting LGBTQ+ folks from discrimination. That is to say, it’s not explicitly illegal to be fired from a job, for example, for their gender identity or sexual orientation.

When you look around West Chester University, you see a diverse, accepting community. People from all backgrounds, gender identities and sexual orientations surround us. It’s easy to believe that everyone around you thinks the same way you do, and to be caught in a bubble of people who share the same views as you. It’s natural: we flock to people who we can relate to and who are similar to us. But situations like these are a reminder that there are people around our nation who want to strip people of different backgrounds from their very right to exist. Under this policy, being transgender would be, legally, nonexistent.

Of course, the many protests and online outcry have shown, as it always does, that people of marginalized communities will not be silenced or pushed aside. They are making their voices heard, and you too, should speak up and be an ally for all people of the transgender and LGBTQ+ community. Even within our own community, being an ally is important. Listen to people’s’ struggles and empathize. The LGBTQ+ community at WCU has many events and programs that you can attend, as well as resources for LGBTQ+ students.

If you are disturbed by the administration’s policies, the best way to make your voice heard is by voting on Nov. 6 in the midterm elections. If you’d like resources or more information on LGBTQ+ in general, visit West Chester’s LGBTQ+ services here: https://www.wcupa.edu/_services/stu.lgb/default.aspx.