The Strange Tales of Thomas Novack: Novack and the Night of Fright 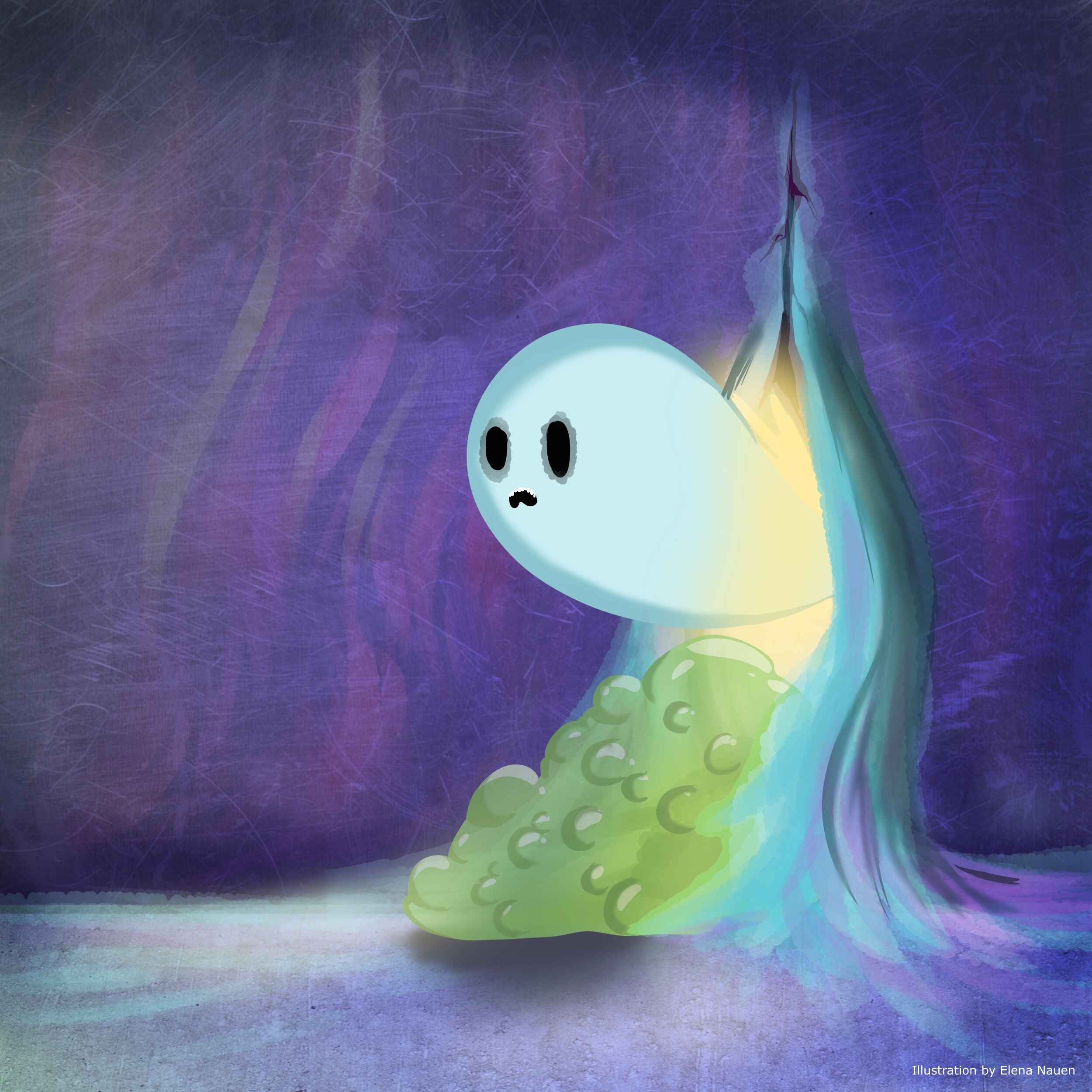 Thomas Novack, our unfortunate hero, is one part private eye, two parts irritable cephalopod and a dash of magic. He runs his P.I. business in the year 2318 out of a shop called “The Emerald Eye” with his secretary, Bob, a robot of war. The shop rests inside the space station, “The Flying Spade.” He may not always be successful, but to keep the paychecks coming he’ll try his best.

The Merging, an event that happens once a year. Fun for some, disastrous for others. The veil between our existence and the next touch, bringing out all manners of monsters and frights. It’s one of those rare occurrences that is universally recognized in some regard by every sentient species—from the craggy stone giants of the planet Boulder to humans. This night may be better known as “All Hallow’s Eve.”

On “The Flying Spade,” it is no different. Ghosts, ghouls and goblins could be found walking through the passageways, looking. Every creature looking for something different. Something to eat, someone to haunt or just simply looking for a loved one that was left behind on the station.

This is a night that causes Thomas Novack great stress. He felt responsible for protecting the citizens who might forget to wear their required masks or find themselves wandering the station by themselves. His kind, the Illithid, creatures of Eldritch design, were left alone on this day. Whether because they looked like monsters themselves, or because their origination as a species is a different realm.

It doesn’t matter to Novack. The existential questions didn’t help him with what he had to do tonight. It’s something he’s done since he first came here. Protect those who cannot help themselves. Sure this one wasn’t a paying gig, but he was honest with himself, not many of his usually were.

So Bob, Novack’s warbot secretary, and Novack prepared themselves for what would come. Novack pulled out equipment from his closet and began strapping it to himself. A sword to his side, a gun in his belt and other items that would be useful for what would come.

Even Bob, the wrecking ball that he was, pulled items from his room. He walked into the office carrying an aggressively large shotgun and wearing dark colored clothes. They looked apprehensive if not a little excited for what would come. They never knew if they prepared enough. Much could go wrong, so very quickly.

Novack glanced at the clock that hung on the wall, alerting them that the veil would soon be at its weakest. When that time came, they would have to be ready for everything that the multiverse would throw at them.

As the clock struck eight, a great pounding began at their door. The duo glanced at one another and began their way over. With a deep breath, and the readying of their weapons, they pushed the button opening the door.

A disgusting green and red blob creature and a werewolf stood at their door. The blob creature oozed on the ground and gave off a sickening green light, not too unfamiliar to Novack’s magic. The werewolf was small, but its claws were large and deadly. It wore cut and mangled clothes, showing the aggression that come with the transition into beasthood.

The werewolf snarled and the blob creature bubbled, saying together, “Trick or treat!”

“Now aren’t you two adorable!” Novack said smiling, the tentacles on his face adjusting the tri-cornered hat he wore.

Novack wore the costume of a certain Mr. Jones from a popular pirates movie in the 21st century. Barely anyone got the reference, but it made Novack happy. Bob wore the leather jacket and pants of an Austrian-American terminating robot. They had to custom tailor the clothes to fit on his large frame.

“What are you two dressed as?” Bob asked, electronic voice humming.

The creature bubbled as red paint slid off of its surface, “The Blob!”

The werewolf opened her mouth, showing off two longer glued on canines, “A vampire! Although the rest of my costume didn’t make it.”

“You both look great.” Bob said, placing candy into both of the bags they carried.

Behind the two little monsters was a very long line of different monsters, all with bags to be filled with candy. Their shop was one of the few that was a designated trick-or-treating spot. There weren’t many on this station, so Novack always did his best to make it feel special.

They weren’t all kids, but many were. The monsters that came through the veil on this day were different, or at least they were able to control themselves better. It didn’t matter. All that did was make them feel better and indulge them.

As the first pair walked away from “The Emerald Eye” smiling, the next pair moved up to take their place: a zombie wrapped in toilet paper and a ghost struggling to hold onto their bag. Novack and Bob looked at one another and smiled before giving them candy as well. “

Joshua Rettew is a third-year student majoring in microbiology with a minor in creative writing. JR868511@wcupa.edu