Writing from Scotland: a traveling column 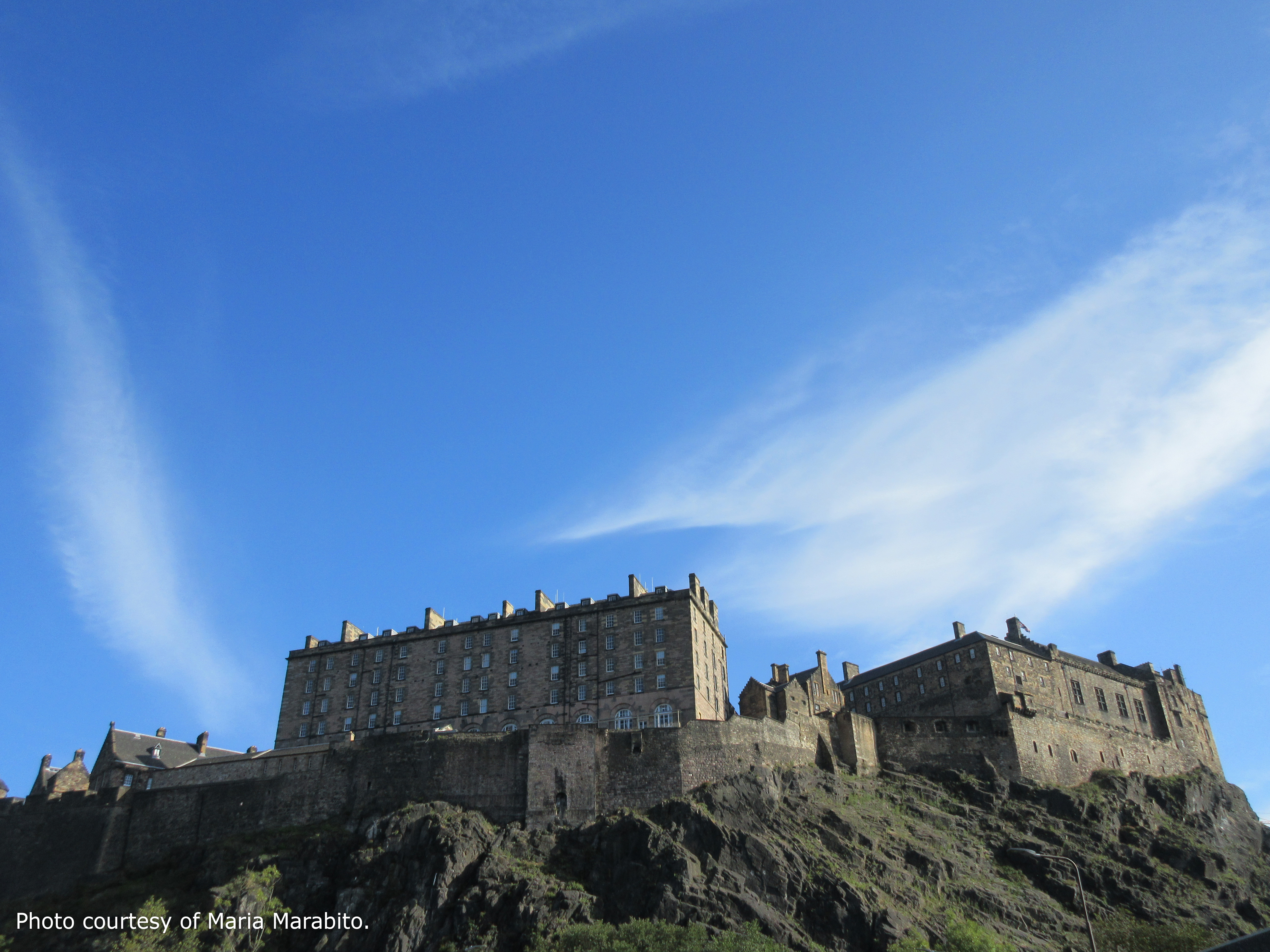 Strong gusting winds, uneven cobblestone streets, a café on every corner. This is Scotland! I am now a month into a year-long study abroad experience. The past few weeks have passed in a blink of an eye but have been filled with wonderful new discoveries, the meeting of people from all over the world and a healthy amount of culture shock. More specifically, I am studying abroad in Edinburgh, the city renowned for its literary culture. Some of the greatest writers of all time have lived in Edinburgh which makes it the perfect study abroad location for an English major like myself.

I am studying an array of literary subjects, including Scottish, Celtic and Russian Literature. Just choosing my courses made apparent the large difference between American and Scottish teaching styles. In Edinburgh, the normal course load for a year is 120 credits, and each course is usually worth 20 credits but could also be worth anywhere from 10 credits to 40 credits for a full-year course. Students normally take around three courses a semester.

You may be reading this and saying to yourself how easy the Scots have it, but students take only three courses because the workload is far more extensive. Independent work is emphasized more than in-class learning. A Scottish course can meet from as little as once or twice a week or as many as four or five times depending on the class.

The class meetings are organized into seminars where the professor speaks on the topic. I have one lecture with well over 100 students in it and another that only has a dozen. Most classes also have a tutorial time for the week which involves a much smaller class size where students discuss the material reviewed in the lecture.

As for the grading policy, my Literature classes have only two or three essays that make up my entire grade! Additionally, the grading scale differs dramatically from West Chester. An A in Scotland (70-100 percent which is very rare) is an A in America. A grade of a B (65-69 percent and 60-64 percent) is an A- and a B+ at home. A grade of a C (55-59 percent and 50-54 percent) here is a B and B- in America. Lastly, a D (40-49 percent) is a C at home. This grading system means that if I score a 65 percent on an essay, I am actually doing very well. Weird, right?

The school supplies are also different in Scotland. The printing (which is not free, so appreciate your free prints!) uses paper that is longer than normal American paper. I actually brought an American folder over to Scotland to use, and all my pages hang off at the top. The notebooks and binders are different as well. The notebooks have four hole punches in them and the binders have two rings. I was one very confused shopper when I went to get more school supplies!

In addition to getting a world-renowned education, students at Edinburgh also have access to a diverse range of extracurricular activities. The university has over 100 different societies and clubs to choose from. Their societies are the equivalent to West Chester’s clubs and their clubs are the equivalent to our sports teams. Some of the more unique options include a Murder Mystery Society, a Tea Society, a Chocolate Society, a Comedy Society and even a Juggling Society.

As a huge Harry Potter fan, I jumped at the chance to join the Harry Potter Society. Our first meeting involved a sorting ceremony that was intricately planned. The society leaders separated the new members into four groups, and each group had to complete a task from each house. The Hufflepuff task involved breaking into two groups and solving two puzzles (the secret was for the two groups to work together to solve the puzzle, since each group has the pieces the other group needed). The Ravenclaw task was to draw a room that would be added to Hogwarts that included certain parameters, like a life-sized statue of Umbridge. The Gryffindor task included instructing one blindfolded group member through a maze to retrieve a dragon’s egg (a plastic ball). The Slytherin task had members take a quiz made up of witty trick questions. All the while, we were completing these tasks, the society members were observing us and taking notes to determine what house we should be in. When all the tasks were completed, we were herded into another room, so the leaders could combine their notes and make the sorting decisions. When they were finished deliberating, we returned to the same room which was now fully decorated with banners and sweets lining the four tables for each house. We were called one by one to a stool where the Sorting Hat was placed on our heads. My childhood dream came true when I was sorted into Gryffindor!

My first month has flown by. It is already October and I have to face the sad fact that Halloween is not as widely celebrated in Scotland as it is in America. I have seen no decorations or scarecrows, which is ironic for a city known as one of the most haunted places in the world. When you pass by carved pumpkins or hear about the Haunted Halls that Residence Life organizes, appreciate and participate in the festivities that are unique to America.