Athletes of the week 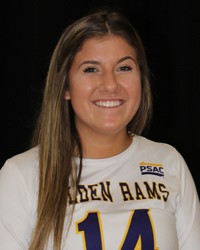 Jillian Grammer (Center Valley, Pa./Southern Lehigh) had a great week last week as she recorded 135 assists over the course of four matches (33.75 assists per match) to help West Chester improve to 6-0 to begin the 2018 season. Grammer started her week against Goldey-Beacom on Friday afternoon when she registered two kills, 21 assists, one ace and nine digs in a 3-0 win Ramfest opening victory for West Chester. Grammer followed this up in the nightcap with another impressive performance registering another 42 assists to go along with three kills, one ace and 13 digs in West Chester’s 3-1 victory over Franklin Pierce. With its four victories this weekend, West Chester is now 24-0 in Ramfest dating back to the 2013 season. 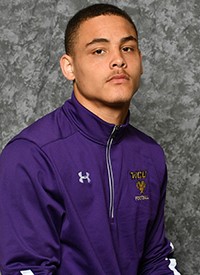 Nate Barnes led West Chester in tackles with seven during the Golden Rams’ 44-6 season-opening victory over host Bentley last Thursday. However, if you dive deeper into the stats, Barnes’ worth to the team is clear. Of Barnes’ seven tackles, half of them (3.5) were sacks that amounted in a loss of 22 yards. He also recovered a fumble and was credited with a pass breakup. His fumble recovery in the early portion of the game led directly to the Golden Rams’ first touchdown of the game. His 3.5 sacks is tied for the fifth most in a single game in school history and was just half of a sack shy of tying the school record. All of this was accomplished as the converted defensive back was playing his first college game at linebacker.