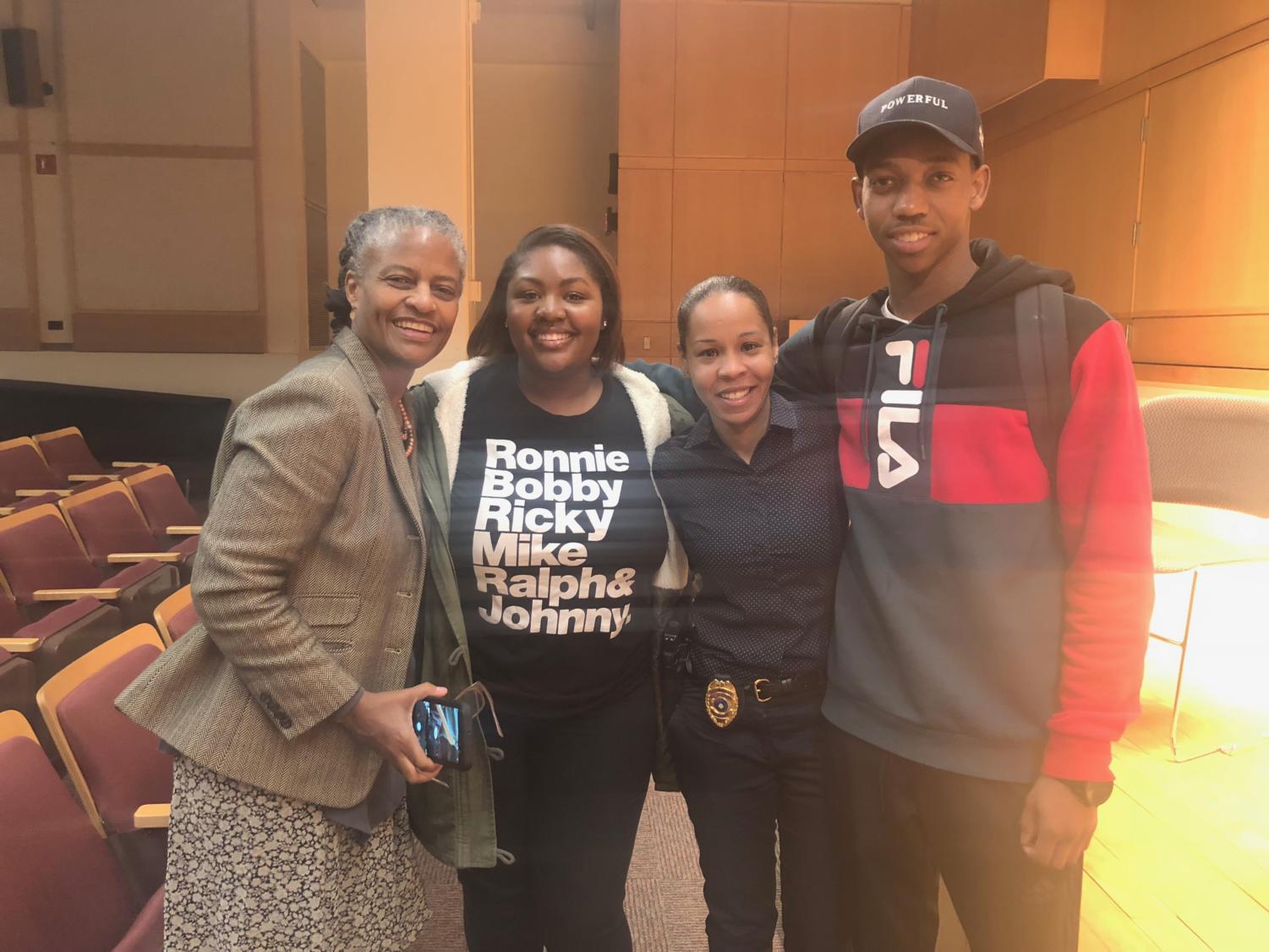 The Frederick Douglass Institute of West Chester University held a series of events over the span of two weeks. All of the events sought to enlighten students and faculty members from WCU as well as individuals from other colleges about Douglass’s Feb. 1, 1895 appearance at West Chester University’s campus—just 19 days before his death. Many faculty members from various colleges collaborated to help educate students about Frederick Douglass and race in the United States today.

From April 5-6, the institute collaborative held two specific events: a debate tournament and multiple concurrent informative sessions. The debate tournament topic discussed confederate monuments and whether or not they should be removed from public properties in the United States.

The debate tournament consisted of three rounds. Each round was held in a separate room in Sykes Student Union. After the rounds were completed, student debaters, coaches and others ate lunch, took a photo in front of the Douglass statue and listened to a presentation. The keynote presentation was led by David Blight, an acclaimed professor of American History at Yale University, shortly after the awards ceremony to the debaters.

There were several sessions that discussed topics pertaining to Douglass on Friday, April 6. Some of which were the “Pedagogical Challenges and Opportunities, Race, Social Justice, and Literacy, Rereading Douglass: Paths to Freedom and Wisdom” and several others.

During the intermission of the program, one of the keynote speakers, Veronica Watson,  presented a speech paying homage to Blight. Specifically, she noted his measures in 10 years of service while establishing the institute collaborative by informing hundreds of individuals of Douglass’s life and work.

The second set of events that took place was the Frederick Douglass Institute Lunch Encounters Panel Discussion on Wednesday, April 11. This event was facilitated by Dr. Anita Foeman of the Communication Studies Department and Dr. Eleanor Shevlin of the English Department; they have been running this program for the past two years. The panel discussion was held to inform the students and faculty members at WCU and other colleges about the negative connotations concerning police and race. The three panelists were Regena Clay, Elliot Mason and Detective Laura McGill. All panelists gave  insight about their own personal experiences with police contact.

Clay, the president of WCU Gospel Ministries, began to describe her encounter with police officers. She mentioned to the audience that she hadn’t had much interaction with them, except for the 2016 Trump rally at WCU. “They were telling people that they will be arrested if they were on the streets, so I made sure my friends were far away from the streets. We wanted it to be a peaceful protest.”

Mason, a pre-physical therapy major, mentioned that he doesn’t necessarily put his full trust in the police. From his adolescence up until leaving to come to WCU, he has had several interactions with the police. After being stopped over 50 times from the ages of 12-18, he started becoming used to it, but despite his negative encounters with them, he knows how to critique each police officer differently. Mason stated after his introduction that when African Americans encounter the police, they are already in a defensive mode.

The last individual to introduce themselves was McGill. Despite some negative experiences with the police, that didn’t stop McGill from pursuing her goals of joining the police academy and later becoming a police officer. McGill is the only African-American female detective in Chester County, Pa. Over the course of graduating the police academy in 2009 and later having  hands-on experience with the community, she learned how to deal with people who hold varying opinions, whether they like her as a person or if they cannot converse with her due to her occupation.

As the panelists continued to express their thoughts on police and race, they allowed the audience to ask them a few questions. One man in the audience made a specific observation when saying that he believes that bias fuels bias, ignorance and a lot more. He went on to say that the Frankford area in Philadelphia is filled with more meth, drugs and crime than other neighborhoods or districts that are also heavily dominated by African Americans, but those areas are not held accountable on the same scale.

Following the response, Mason said that we, the people, need to figure out why these situations occur. He went on to say the solution is going down to the root of what the police force should do in those scenarios.

McGill used a quote from her grandmother: “In life you are one of two things: You’re either a thermometer or thermostat. A thermometer is easily changed by the atmosphere while the thermostat changes the atmosphere. You are either one that is changed by your environment or you are one to change your environment.” She went on to say that she had to personally think of what she would want to be in regard to a thermometer or thermostat, and once she figured it out, she realized that is when you start to grow and learn a little bit more about yourself.

As an official in law enforcement, McGill wants the community to see her first as Laura, a regular human being just as everyone else, and then as a detective. By looking beyond occupations, she says, people are more willing to come and engage in conversations that don’t necessarily have to be about police, but can be about school, jobs or more. McGill realized that police officers receive the book knowledge to excel in the police academy, but many do not have the hands-on experience to deal with people in many situations. “Before you see the badge, we are human beings too,” she said.