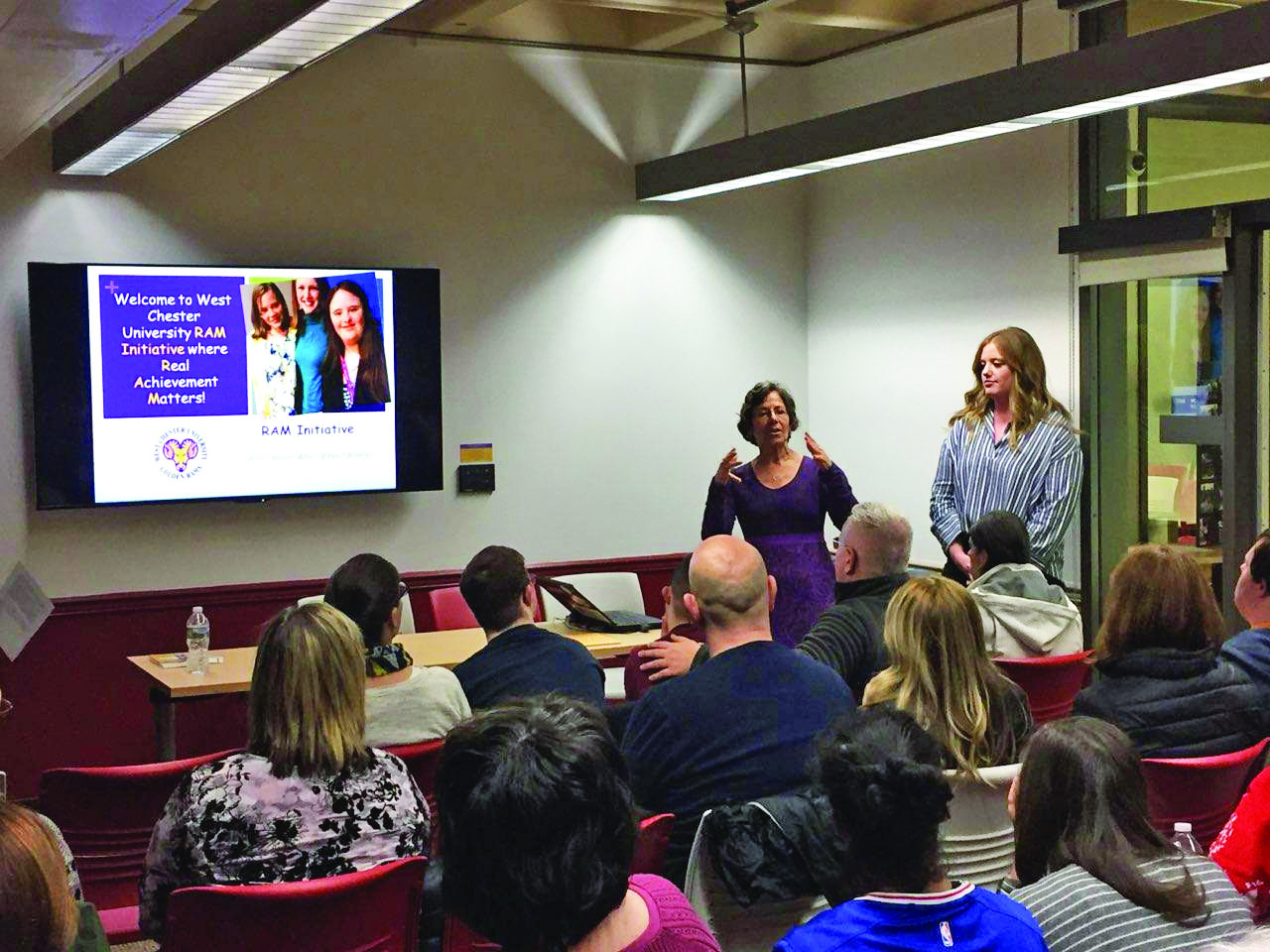 There are a limited number of opportunities for students with intellectual disabilities to pursue educational ventures post-high school. With next year’s RAM (Real Achievement Matters) Initiative being put into motion, West Chester University hopes to expand those options.

The RAM Initiative aims to integrate small numbers of students with intellectual disabilities into a two year educational experience. Next academic year will start the pilot program, and two students will take classes on campus. They will be commuters taking classes full-time and will be eligible for grants and work study programs. In the future, West Chester University hopes to have a residential component in place.

WCU’s Dr. Monica Lepore worked alongside three colleagues to create this program. After two years of research and planning, they are ready to implement it in the fall. When asked what inspired the RAM Initiative, she said: “Many of the children I have taught and coached … are in our WCU Adapted Physical Activity Program and Our WCU Rammies Special Olympics teams [and they] started to discuss that they wished they could go to college at WCU! Many of these young adults have been coming to our service learning physical activity programs for ten to 12 years and love WCU and its students, faculty, staff, teams and campus. I thought … why not?”

Graduate student Hannah Cunliffe is also invested in the RAM Initiative’s mission, and has joined the team to help the program reach its goal of inclusivity. Her sister has Down syndrome and went on to attend East Stroudsburg University. Both she and her sister were invited by faculty to be involved in the program, all while Cunliffe has been working toward her master’s degree in reading.

“Everyone has their own unique experiences and without that individuality, our world would be quite boring,” said Cunliffe. “The RAM Initiative advocates for equal opportunity for individuals with intellectual disabilities to enjoy a post-secondary, college experience and pursue their dreams. The world needs to understand that individuals with intellectual disabilities are just like you and me and the RAM Initiative is proving just that.”

While the selection process for the two student participants is still underway, Lepore and her colleagues are looking to declare which ones will earn their spot by mid-April. Applicants must write an essay, provide a high school transcript, provide three letters of recommendation, fill out the application and feature their “summary of performance” which all students who received special education receive when they age out of it.

Lepore feels that the foundation for inclusive thinking concerning intellectual disability is already present on WCU’s campus. Over 1,000 students, staff and faculty have participated in the Spread the Word to End the Word campaign, a campaign that fights against using the term “retarded” in a derogatory manner. This program, Lepore feels, will further the idea of normalizing students with intellectual disabilities and treating them with decency. “I really feel that people will see that those with intellectual disabilities bring a different way to look at various subjects,” said Lepore. “And this will open peoples’ minds to the types of contributions that we all bring to the world.”

In the future, the program hopes to involve three to six students who will then participate in all facets of campus life including classes, Greek life, campus work, clubs, the rec center, campus work and other co-curricular activities that will help create lasting friendships. In order to make this possible, the RAM Initiative is currently looking for students to take on the roles of coaches, mentors and welcoming committee members for the incoming program participants. For those students who wish to become the founding members of this initiative, there will be an interest meeting at the end of the month. If you are interested in taking part in this initiative, or have any questions, Lepore can be reached at MLepore@wcupa.edu.

Halle Nelson is a fourth-year student majoring in communication studies with minors in deaf studies and English literature. ✉ HN824858@wcupa.edu.