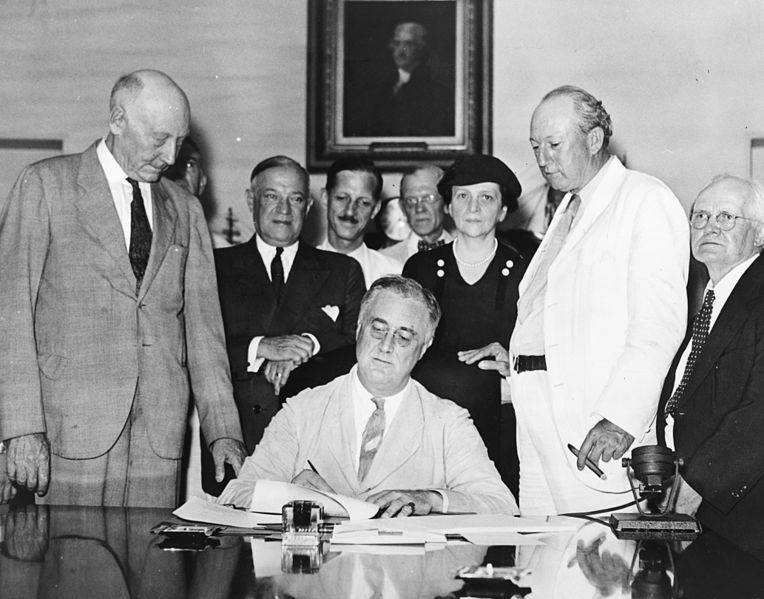 Perhaps the first to identify this problem was the economist and writer Thomas Sowell. In his book “Knowledge and Decisions,” Sowell raised objections to what he called “minimum wage exploitation,” and indicated a breakdown between the hoped-for results of price-fixing wage laws and those laws’ actual consequences. The laws’ intentions are easily understood: they are intended to guarantee that all workers are paid above a given wage floor. But the fundamental failure of minimum wage laws, Sowell points out, is that the laws by themselves do not guarantee that any wage will be paid, for the simple fact that one’s employment remains a voluntary transaction between parties.

Sowell puts it plainly: “Minimum wage laws prevent transmission of knowledge of labor available at costs which would induce its employment. By mistaking the cost of such labor, it causes some of the labor to be unemployed, even though perfectly willing to work for wages which others are perfectly willing to pay.”

I understand that it is a difficult job to draw up public policy. Indeed, shaping policy involves a vast number of variables. But while some outcomes are truly unforeseeable, most are not. When basic economic theory is applied, minimum wage laws crumble under their own weight.

Declaring one’s “right” to a scarce resource does nothing to increase the supply of that resource. As an economic law, demand falls as prices rise. Likewise, when the price of an hour’s worth of labor is arbitrarily raised through legislation, the consequence of that legislation will be a net reduction in the number of people employed. The empirical evidence of labor participation rates in cities and municipalities that have chosen to impose high minimum wages speaks for itself.

A more appropriate name for these laws, which restrict the options of both employers and employees, might address that restriction. A “labor price-fixing law” does not sound as nice as a minimum wage law, and there lies the importance of the matter.  Referring to contentious public policies by their euphemistic, nice-sounding names hampers our ability to discern good policies from bad.

When described according to its actual procedures, however, Social Security starts to sound more like a Ponzi scheme than an entitlement program.

A successful Ponzi scheme is a system where the scammer takes the money he gets from new investors and uses it to pay off previous investors. The only way to keep a scheme like this running is if the scammer continually lines up new investors to fund it. For a contemporary example of this, see Bernie Madoff. Arrested in 2008 after operating the largest private Ponzi scheme in history, Madoff scammed thousands of investors out of a combined $65 billion.

How Social Security actually operates is thus: the federal government taxes your income at a rate of 12 percent. Half of that rate is paid by your employer, and the other 6 percent comes out of your paycheck. A far cry from safekeeping, your Social Security payments do not go into personal  savings accounts or anything of the sort. Instead, that 6 percent of your income is used to fund payments to current Social Security recipients. Left in your government savings account is nothing but an IOU, a promise from the government to someday pay you your money back—once more people have bought into the system, of course. The unfunded liability of these IOUs totals more than $30 trillion, a sum that makes Madoff’s $65 billion look like pocket change.

The epidemic of talking about policies solely with respect to their aims instead of the actual repercussions of their implementation spreads across most all legislative sectors. The Affordable Care Act, the Employee Free Choice Act and Affirmative Action are all prime examples of policies with admirable goals, but whose procedural characteristics make their overall effects counterproductive. In effect, the Affordable Care Act raised health insurance premiums across the board, the Employee Free Choice Act infringed on workers’ freedom from union coercion and minority students are more severely underrepresented in top universities today than they were half a century ago.

The road to hell is paved with good intentions. It is impossible to tell a well-thought-out policy from a poorly-thought-out policy by looking only at what its goals are. I may have a plan to eliminate unemployment in America, but if its procedure relies on sending the unemployed to forced labor camps, it is a bad plan. Likewise, in considering policies, we should take care to look at their methods, not just their meanings.