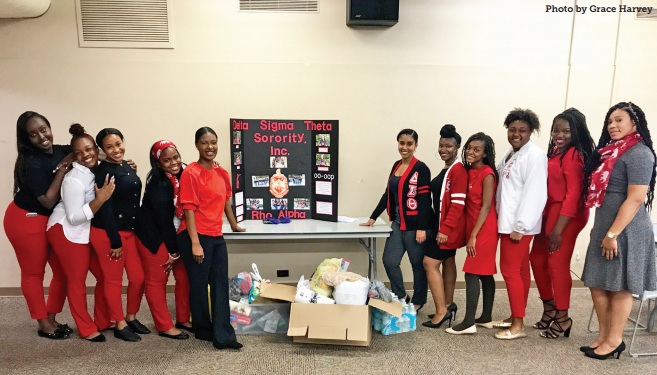 On Friday, Aug. 25, Hurricane Harvey, a category four tropical storm, touched down on the gulf of Texas and devastated the area. Harvey started northeast of Corpus Christi, making its way towards Louisiana over the course of six days.

The hurricane swept through countless homes, causing mass evacuations and resulting in 70 fatalities. Greg Abbott, Governor of Texas, stated that 42,000 people sought shelter in Texas Thursday night. The Texas Department of Public Safety stated that 37,000 homes have been damaged and 7,000 have been destroyed. Governor Abbott described Harvey as having a “massive, massive cleanup process.”

Many of the houses destroyed belonged to families without flood insurance, leaving them in difficult financial situations. The Federal Emergency Management Agency, FEMA, claims that as of Sept. 1., 325,000 people have already sought federal money. Although it is too early to estimate how much Harvey will cost, disaster and risk management specialists believe Harvey could be one of the most expensive natural disasters since 1980. Current estimates are between 70 and 108 billion dollars.

During the devastating days of the hurricane, volunteers came to help in a variety of areas. Texans worked together to rescue families and their pets from houses. Additionally, individuals from out-of-state traveled by boat to areas affected to rescue those trapped in flooded houses.

Local businesses, churches and offices have turned their buildings into shelters for Harvey victims. Jim McIngvale, Mattress Mack store owner, opened his show room doors, allowing residents of Houston to use the building as shelter. McIngvale offered his furniture and mattresses to victims without hesitation and said, “Being together in a space is helpful for all of us.”

Relief efforts are happening all over the country and world, some occurring in Chester County. The Brandywine Valley Society for the Preservation of Animals is accepting 27 dogs from Texas in need of homes to be put up for adoption. To encourage their clientele, the Brandywine Valley SPCA had a promotion lasting until Sept. 10 which advertised that there were no fees for dogs a year or older at 40 pounds or more.

Organizations at West Chester University are also acting to help victims of Harvey, one of which being The Office of Service Learning and Volunteer Programs, also known as the OSLVP. The OSLVP is sharing information on their social media about how WCU can help contribute with the hashtag #DubCserves. Some of the ways they encourage students to help is by donating money to nonprofits or donating blood at the local American Red Cross blood donation center.

Anyanwu’s older sister, a nurse practitioner working at the Houston Methodist hospital, was one of many who helped treat victims of the hurricane. When asked why it was important for Delta Sigma Theta to help with Harvey relief, Anyanwu answered to “invoke change and help people in any way we can.” All of their donations will be going straight to Houston through the Delta Sigma Theta Sorority Inc.

There are many ways for people to help those who were affected by Hurricane Harvey. Although West Chester University is 1,526 miles away from Houston, Texas, there were and still are events happening locally to help. Organizations on and off campus are currently working to send relief to Harvey victims from right here in our town of West Chester.

Grace Harvey is a second-year communication studies major. She can be reached at GH872279@wcupa.edu.