Anthony Green and the pixie queen 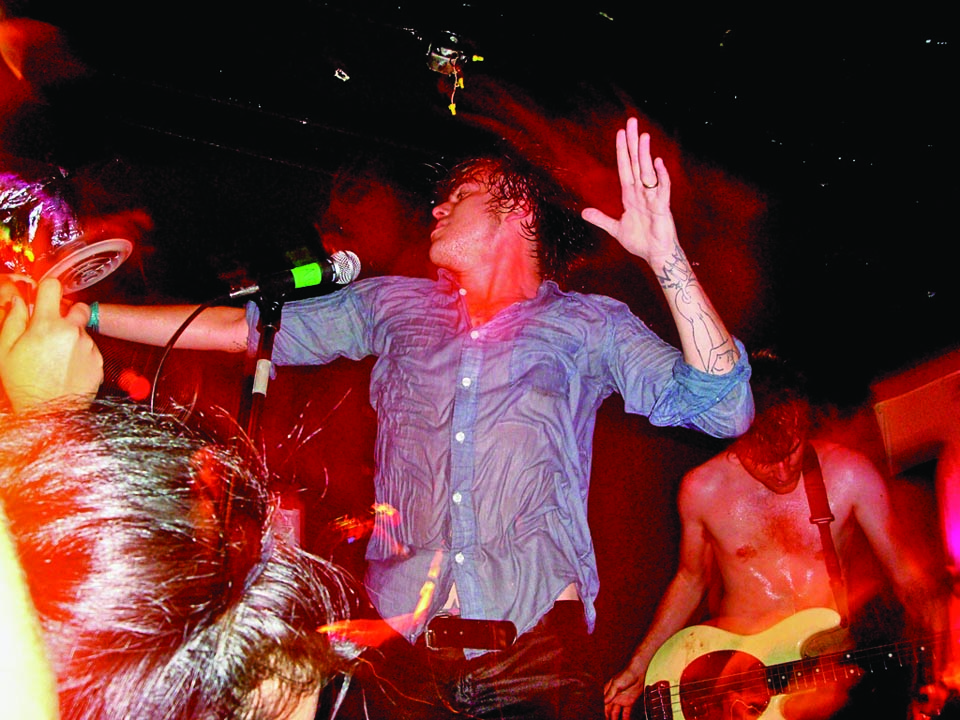 A good song is like a cherished memory; it can take you back in time to a moment that has been sketched like a harmony only you can hear.

Consequently, this review is admittedly biased, written through a haze of nostalgia and longing for another walk along the beach with Anthony Green.

“Pixie Queen” is the sound of wild bonfires along the shore on a clear night.

It’s everything I’ve been waiting to hear since Green’s solo debut, “Avalon,” and it’s a grounding return to form for an artist who has strayed many paths in life, but has finally found his way home.

Green is without a doubt one of the most prolific artists in the post-hardcore scene, having released three albums within the last two years that credit his name, including Circa Survive’s highly praised “Descensus,” as well as his much anticipated return to Saosin with their release, “Along the Shadow,” this past May.

Green is a music-making machine whose work is always of the highest caliber, serving as a forerunner who paved the way for the genre in 2003 with Saosin’s groundbreaking EP, “Translating the Name,” which is still regarded as a staple of excellence. Green’s high tenor crooning has been imitated by many inspired artists over the years, but none can match his instantly recognizable vocal palate.

On “Pixie Queen,” Green is noticeably holding back his peak notes—whether intentionally or out of muscle fatigue brought on by over a decade of recording and touring—but the result is an album that feels like an evolution of himself; a return to the curious boy he once was, writing songs that are exercises in youthful discovery.

While Green is no stranger to the exuberance of youth—admittedly still running around his tour bus naked and living life with a flair for playful deviance—his three boys have certainly served as reminders of the innocence of childhood.

Green’s social media accounts are storyboards of adventures with his family and friends, depicting a happily married man who has control of his familial responsibilities while maintaining a busy workload in what can be a very stressful industry.

Despite this seemingly happy slice of modern-family Americana, Green’s life wasn’t always so bright, and it’s astounding how easy it is to blindly believe in the persona someone shares online.

“East Coast Winters,” the fifth song on “Pixie Queen,” was the last song Green ever wrote under the influence of heroin. It was written in a dimly-lit, graffiti splattered room in Baltimore about three years ago, while Green was thinking of reasons not to kill himself.

This was around the time that his third album, “Young Legs,” was released in 2013, its black-and-white artwork a portrait of his two boys’ feet dangling from a piano bench.

A life in music can change people. It can offer superfluous opportunities to those with self- destructive tendencies to wreak havoc upon their bodies physically and emotionally, and art itself can call for self- destruction; many of history’s greatest artists have at the very least experimented with drugs or have become addicts for the sake of their art.

Green is no exception and doesn’t shy away from discussing how destructive his past was to his wife and children.

It’s nothing short of admirable to see a human being under such a spotlight able to reveal himself to the world, and to his young boys, who may not yet understand the faults of their father, but will have no trouble finding out about the man he once was as they grow older.

In this sense, “Pixie Queen” is an apology—a love letter to Green’s family, friends and fans—an assurance that everything will be okay in the end, explained through songs like the leading single, “You’ll Be Fine,” and the haunting piano ballad, “I’m Sorry For Everything I’ve Ever Done,” which foreshadows the album’s final title track.

Green has always strived to convey a sense of community in his music, to grasp the intimacy of a small campfire gathering with friends and loved ones.

“Pixie Queen” is the realization of this dream, and the simplicity of his songwriting united with the personal lyrical depth that Green cries and croons is like nothing I have ever quite heard put to tape.

Green’s sobriety and newfound appreciation of life have shaped his best work: an album that only he could narrate.

“Pixie Queen” is the strongest solo album I have ever heard, written by one of the most honest artists to have graced our generation with their music.

It is the album that will accompany my senior year of college, and the album that I’ll stumble upon years from now—quite possibly while walking along a beach somewhere—surprised to rediscover the memories that are stored in its melody.

Mike Naples is a fourth-year student majoring in buisness management and marketing. He can be reached at MN805392@wcupa.edu.