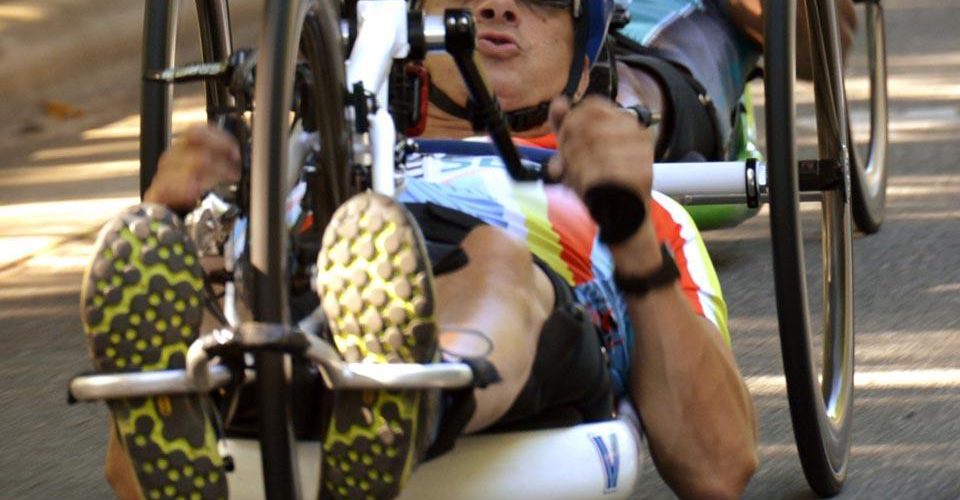 The 2016 Summer Paralympics in Rio concluded its quadrennial event on Sept. 18, and this year’s performances have proven to the world why it needs to gain more recognition in the sporting community. Within the span of only 11 days, over 4,300 athletes competed in 528 different events while also outperforming their Olympic counterparts in many regards. Few were aware that such excitement was taking place, which is a real shame.

The Paralympics are an international multi-sport event where athletes with physical disabilities compete against one another. However, the games are designed to emphasize the athletic achievements of the participating athletes instead of their disabilities.

There are 22 different sports played at the Paralympics, and each sport has several events for athletes to compete in based on their disability classification. Many of the sports include those frequently watched during the Summer Olympics: swimming, track and field, basketball and soccer, alongside other exclusive events like goalball and boccia.

Statistically speaking, this year’s Paralympics produced one of the best showings in the event’s history. Exactly 2,347 medals were given to the athletes, four runners at the 1500m ran the race faster than anyone at the Olympics and NBC produced 66 hours of coverage compared to the 5.5 hours given in 2012. China took home the most medals at 239, followed by Great Britain with 147 and Ukraine with 117.

Team USA also had a successful showing at the games, winning 115 total medals, including 40 gold, 44 silver and 41 bronze. Elaine Jenks, a communications professor at West Chester University, got to experience the action firsthand as she traveled to Rio to watch her son, Andrew, compete in the goalball competition.

Andrew Jenks is a PhD student and a graduate teaching assistant at the University of Delaware. As a silver medalist for Team USA goalball, Jenks was completely engrossed in the atmosphere of the games.

“The games, and the atmosphere around them, felt like a truly special occasion. The mood was jubilant, the spectators were passionate and the embrace of the city of Rio was felt by all.”

Jenks has been training and preparing for Team USA goalball for much of his adult life, and the road to success in Rio was anything but easy.

“We did not qualify for London, which was heartbreaking. I spent many hours at WCU training, missing weeks of class to compete in Turkey and Mexico for major international tournaments, and preparing myself mentally and physically to compete on the world stage.”

Goalball is one of the sports exclusive to the Paralympics. Designed for blind athletes, participants compete in teams of three and try to throw a ball that has bells embedded into the opposing team’s net. The game is played for two twelve minute halves and teams take turns rolling or throwing the ball from one end of the playing area to the other.

Teamwork, finesse and defensive understanding are all imperative to the game, and these skills helped Jenks and his teammates bring home the silver medal for the U.S.

“Waiting four years made myself and my teammates hungry. We finally showed the world what our team, our unique style of play and our defense could do,” Jenks said.

Unfortunately, there was no U.S coverage of the goalball competition in any regard during the Paralympics. According to Jenks, NBC opted out of covering the event, and other networks forbade anyone from live streaming the event from the gym. But this did not take away from the popularity the sport received from its audience in Rio.

“There is no able-bodied equivalent to goalball, and most Americans have no idea what it is. Yet neither did Brazilians, who by the end of the tournament numbered close to 10,000 to watch the final match.”

With only 66 hours of coverage for an 11-day event, other sports also received almost no airtime. This raises the question of whether or not broadcasters should devote more coverage to the Paralympics in 2020 when they’re played in Tokyo.

Sure, NBC provided an additional 60.5 hours of coverage in 2016 compared to 2012. However, the 66 hours that the Paralympics received is roughly one percent of the 6,755 hours that NBC devoted to the Olympics earlier last August. Do athletes at the Paralympics really deserve 99 percent less coverage than their Olympic counterparts?

One can argue that it’s a marketing decision for the broadcast executives to decide, but from an athletic standpoint, there is no doubt that the Paralympics need more coverage. These athletes train just as hard, if not harder, than anyone else, and playing for your country is both an honor and an achievement for those who earn it.

As Jenks said, “To ascend to the international level of a sport you’ve played all of your adolescent and adult life is something quite special.”

Indeed, this is something that should be celebrated. Congratulations to all of the Paralympics’ athletes. Especially to those on Team USA, thank you for representing our nation and being an inspiration to us all.

Andrew Heller is a fourth-year English major with a minor in journalism. He can be reached at AH804286@wcupa.edu.