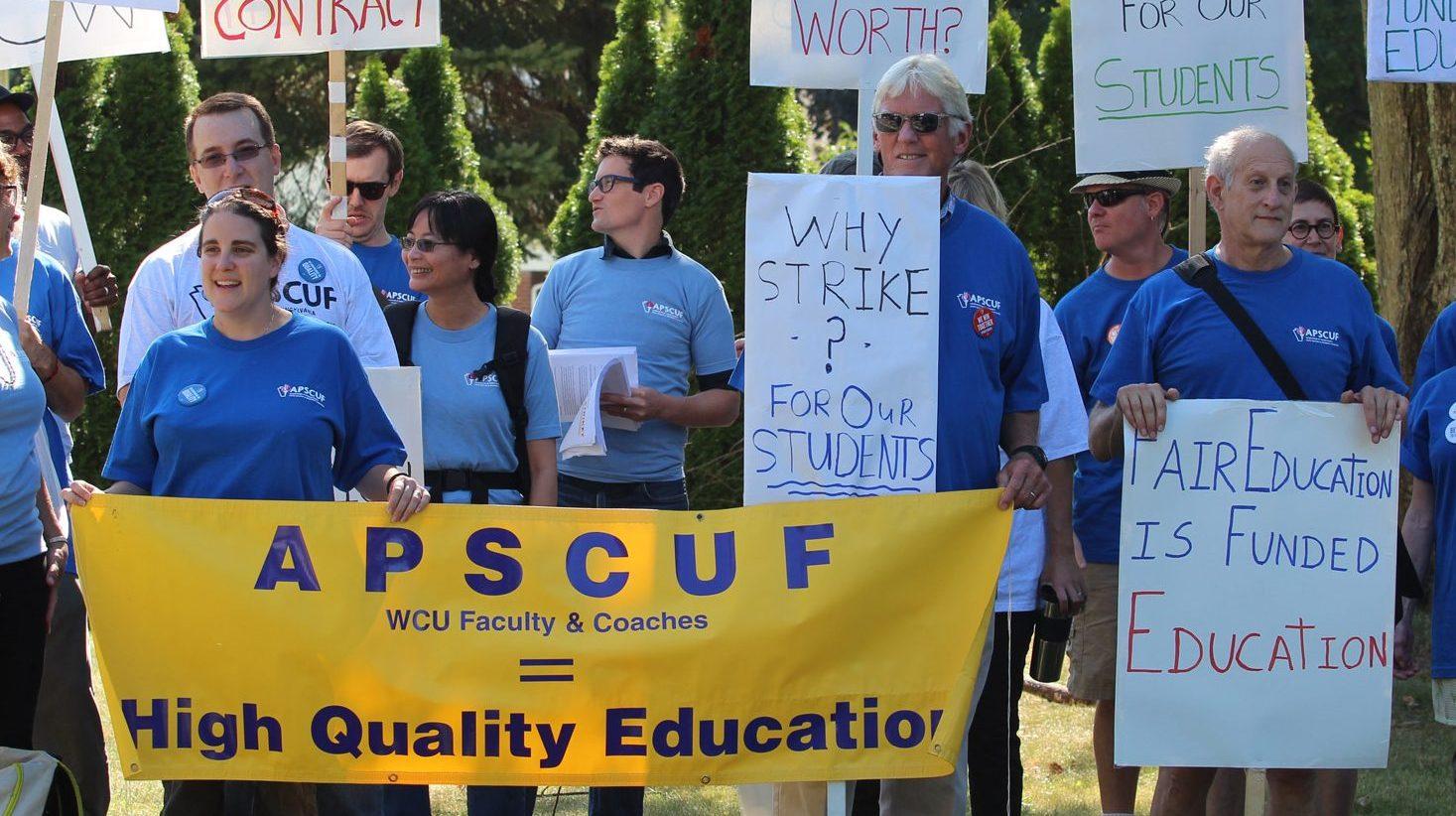 In a press conference at 10:30 a.m. aired on Facebook Live, Association of Pennsylvania State College and University Faculties (APSCUF) President Dr. Kenneth Mash announced that the faculty and coaches’ union will go on strike on Wednesday, Oct. 19.

If a strike does take place, classes at West Chester University will not be held, unless professors choose to cross the picket line.  Sports games could also possibly be cancelled until the strike ends.

Faculty and coach members have been working under expired contracts since June 30, 2015.  A press release on APSCUF’s website states that they “will not strike if the State System negotiates a fair contract.”

Over the past week, APSCUF’s negotiations team has met five days with the Pennsylvania State System of Higher Education (PASSHE) in hopes of reaching an agreement.  More recently, APSCUF proposed to enter binding arbitration, during which a three-person panel could settle the contract dispute.  This proposal was made after PASSHE’s request for fact-finding with a Pennsylvania Labor Relations Board arbitrator.  However, APSCUF did not agree to APSCUF’s binding arbitration proposal.

According to the press release, APSCUF leadership and delegate members are meeting for their regularly scheduled legislative assembly in Harrisburg, Pa. today and tomorrow.  A strike-training workshop will occur afterward on Saturday.  They plan to meet again with PASSHE in October and are “waiting for the State System to respond to the five dates the association offered to negotiate next.”

You can find more information on the potential strike here.

Casey Tobias is a third-year student majoring in women’s and gender studies and communication studies with minors in journalism and German. She can be reached at CT822683@wcupa.edu. Her Twitter is @Casey__Tobias.