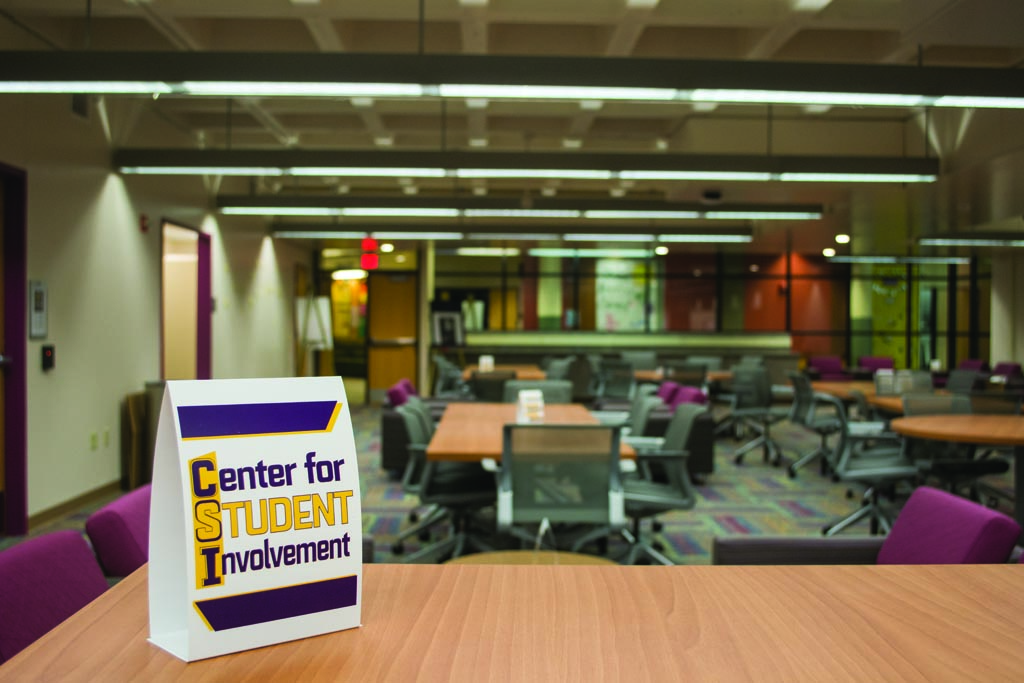 This summer, Sykes Student Union was under construction from the moment students left after spring commencement up until Aug. 27. The biggest renovations this summer that students took notice of is the new Center for Student Involvement (CSI), which replaced the former private student offices, and a back entrance to Sykes via the Ram’s Den on the bottom floor. Also included in the summer’s renovations is a quiet meditation lounge on the third floor, equipped with prayer and yoga mats.

“It was designed for student organizations to meet, come together and be visible to students in general,” said David Timmann, the director of Sykes Student Union. “I’ve seen students studying in there, class groups meeting and just students talking together at the tables.”

The CSI is also equipped with an 18-person conference room off to the side exclusively for student organizations.

The only student organizations that still have offices in the CSI are the Student Government Association, Off Campus and Commuter Association, the Residence Hall Association, Fraternity and Sorority Life, the Sexuality and Gender Alliance, the Multicultural Organization Advisory Board and Leadership Empowerment & Development.

When asked if the new entrance to the Ram’s Den would attract more people in the lounge, Timmann said, “Absolutely. The lounge has already been more crowded with people than I’ve seen last year.”

Commuters parking in the Sykes Student Union lot can simply park in the lot and walk up to the new entrance without having to walk around the building to the front entrance, or to the entrance nearest to the bookstore.

Timmann proudly revealed many of next year’s plan for Sykes Student Union, which include moving Java City to the Ram’s Den, creating a bigger space for students to grab a cup of coffee in the morning, thus creating more traffic in the ground floor of Sykes. Replacing Java City’s existing location on the first floor will be extended offices for the Sykes staff.

“The food court is being completely redone,” Timmann announced.

According to Timmann, the Ram’s Head Food Court will have the same food offerings as of right now, but each section of Ram’s Head will have its own point of sale.

“It’ll be more like a mall food court concept,” Timmann added. “You walk up, pay for your food, and go sit down.”

All of these additions to the Sykes Student Union will go under construction in the summer of 2017. They are projected to be complete by the 2017 fall semester, just in time to welcome the class of 2021.

Sunny Morgan is a second-year student majoring in communication studies with a minor in journalism. She can be reached at SM848270@wcupa.edu. Her Twitter is @SunnyMorgan97.