Francisco Jav Contreras, better known on YouTube as Frankjavcee, is a musician and filmmaker popular for his series of electronic music tutorials and 8-bit chiptune covers of popular songs. Based in Los Angeles, Calif., Contreras grew up learning several instruments and then studied film as an undergraduate student. 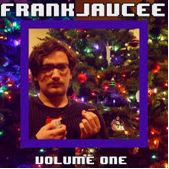 How did you progress to where you are today? You started making music, but how did that lead to your tutorials?

I was in orchestra all throughout my school life. In elementary and middle school, I played clarinet. Then I saw this Spanish guitar and I borrowed it from school and never gave it back. Then I was in marching band all throughout high school, where I played alto sax and marimba during drumline competitions. I’ve always been playing music and making music since as far as I can remember. I even formed a little band to play an Arctic Monkeys cover of “Mardy Bum” for a Hope for Haiti benefit concert. I was always singing and yelling rhythmically. When I was a kid, I was obsessed with MIDI files and used to make my own. Then, around eight years ago, I was introduced to Fruity Loops and it was love at first sight. My tutorials were a culmination of going to film school, learning art history, signing into the music industry, and the existential crisis of dropping out of college and being 40K in debt.

I believe you once said in one of your videos that memes / comedy can lead you to getting views or selling music. What kind of similarities do you see yourself having with comedy-oriented acts like Weird Al or Flight of the Conchords?

I f*****g love people from New Zealand. I wanna visit that fantastic magical land of greenery. The thing with comedy or making someone laugh is it’s a personal people connection. People who tend to make musical comedy have a huge place in my heart. I was also a theatre kid in school and participated in several musicals in high school.

Also, I hate being serious about something as absurd as music. After a certain point, I wanted to have fun with my art and now I make what I make now! My best advice to starting musicians is to make music that you like.

Where do you see the music scene going within the next five years? Software like FL Studio and Ableton has created a huge amount of accessibility for many young producers. There are more tools than ever before for learning music, but is this environment more competitive?

I believe the next few years of music is gonna stretch the boundaries of what it means to be an artist. Right now, we still have all these major labels forcing these acts down our throats, but the future of art to me is an independent scene. In the future, everyone will be a musician, an artist, a video director, a photographer. Our technology is allowing everyone on the planet to craft their dreams. I believe that there will be an over-saturation of art in the future, but those who hone their craft and showcase their skills will definitely pierce through the white noise of the collective hive mind we know as the Internet.

After making guest appearances in other music-related videos such as the Needle Drop’s, do you see yourself collaborating with any other musicians on a more-focused project, such as a full-length album?

I want to collaborate with everyone! I’m a firm believer in the singularity, so I want to work and affect as many people as I can creatively. As of right now, I’m looking to collaborate with more internet personalities and internet artists so I can have a varied and eclectic background and learn how different people work and operate. I’ve been in talks with visual artists and graphic designers and software engineers to make cool, crazy stuff. I’m always open to jamming with other musicians. I do want to do a live show in the future and play live because I live for that stuff! Right now I don’t seek out any collaboration. I’m just like a leaf on a river flowing wherever the river takes me, and I always keep an ear/eye/heart out for synchronicities that lead me to cool adventures. I do seek people with a sense of humor, an open mind and an interest in making crazy, amazing, cool stuff.

Also, I do plan on releasing more long form content. I mean, I went to film school for four years because I’ve always wanted to make a film. Even concept albums and stuff. I have plans to literally do everything creative. As an artist in the Internet age, I believe a well-rounded artist should do everything once.

You can watch Contreras as Frankjavcee at https://www.youtube.com/user/FrankJavCee or listen to his music on http://frankjavcee.bandcamp.com.