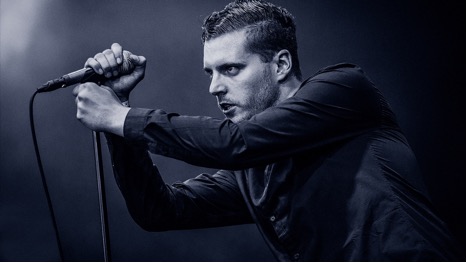 On Sat., Nov. 7, Philadelphia’s Union Transfer was the host to three diverse acts in the modern metal scene. Swedish death metal outfit Tribulation, Japanese atmospheric hardcore quintet Envy, and California shoegaze metal act Deafheaven stunned the venue with their own takes on what it means to be “metal.” All three bands take the genre’s blueprint of loud guitars and even louder drums and twist it to dimensions far beyond the genre’s trademarks and bring it to Union Transfer’s tightly-packed audience.

The opening act, Tribulation, took the stage with a fervor strong enough to heat up the venue on a cold November night. Perhaps puzzling at first, the band’s Nightwish or Evanescence-esque look did not give any hints towards a setlist of songs that felt like a homage to the New Wave of British Heavy Metal. The band devoted the majority of their set to cuts from “Children of the Night,” their newest album that they released this past April. Vocalist Johannes Andersson’s gravely baritone guided Union Transfer through a series of old school metal songs that placed more emphasis on fun than fury. Tribulation’s theatrics, drumrolls, and guitar solos felt significantly more Jack Black than they did Dream Theater, a sign of a band looking to have a good time.

The second act that took the stage, Envy, maintains a niche best described as spoken word metal. Frontman Tetsuya Fukagawa alternated between a rich baritone, a gruff snarl, and wistfully spoken passages of poetry, backed by an ensemble fully competent to accommodate such a variety. The band’s setlist alternated from a punishing onslaught of downtuned guitars, to tactfully developing post-rock, and even to passages comparable to many screamo or post-hardcore acts.

Since the late 1990s, Envy has been signed to Mogwai’s Rock Action Records, a Scottish imprint known for helping smaller post-rock acts reach a wide audience. After their debut, Envy gathered a following mainly in Europe while honing a style of metal difficult to pinpoint with a singular genre tag. Envy’s entire career has teetered between different genres, and this performance showcased a tight ensemble at the top of their game.

This leads to the last band of the evening, Deafheaven. After achieving crossover success with their 2013 album “Sunbather,” the band became a controversial artist in the metal community. While the group’s sound on “Sunbather” drew on inspiration from shoegaze guitar, black metal and scream-style vocals, and pummeling grindcore drums, Deafheaven elicited negative reception from the metal community for being “too melodramatic” and “too feminine.” The typical corpsepaint and tight leather of the band’s influences is replaced by everyday clothing, denoting a band that would not choose to dress to impress.

This past Saturday, Deafheaven performed two sets, the first featuring music from their most recent album, “New Bermuda.” Opening with single “Brought to the Water,” Deafheaven instantly created an immense presence with the song’s thrash breakdowns juxtaposed by its more atmospheric portions. Vocalist George Clark’s shrill screams were backed not just by the tour de force of percussionist Daniel Tracy’s blast beats, but by an audience doing their best to sing along. In between songs, Clark kept a dialogue with fans by asking “You with me?” and always received a chorus of cheers as his reply. The set concluded with “Gifts for the Earth,” and an extended jam session that ended with the band’s two guitarists playing the other members off stage.
Coming back for an encore, the band played favorites from their previous record. Ending the show with “Dream House,” the members of Tribulation and Envy returned to the stage only to dive into the audience and crowdsurf overhead. Even Clark joined in, repeatedly jumping into the fray, while doing his best to continue singing. Deafheaven’s energy did not falter during the second set, with “Dream House” serving as the night’s apotheosis.

While Union Transfer is no stranger to hosting unconventional acts, with prior shows ranging from post-punk legends Swans to the classic R&B stylings of Leon Bridges, booking a show like this past Saturday’s is not unordinary. That being said, the venue may find itself with difficulty managing such a wide array of acts, as the mixing for the vocalists of both Tribulation and Envy was a little spotty. Additionally, multiple equipment technicians were needed to help Deafheaven’s percussionist set up his kit. Regardless, all three artists were able to perform their repertoire well and leave the audience satisfied.

Tribulation created a gothic atmosphere yet rocked out like Ozzy Osbourne. Envy’s performance, on the contrary, was a successful fusion of many genres of heavy music carried by both experience and finesse. However, the most captivating performance may have been that of the headliner. Despite the reputation Deafheaven have garnered for bringing a faux ethos to the genre of heavy metal, performances like this one are an indicator of a talented group. After concerts like this one, it is exciting to see where these bands will go next. This is especially the case with Deafheaven. With a band whose members are all under 30 years old, only time will tell exactly what these musicians are capable of.