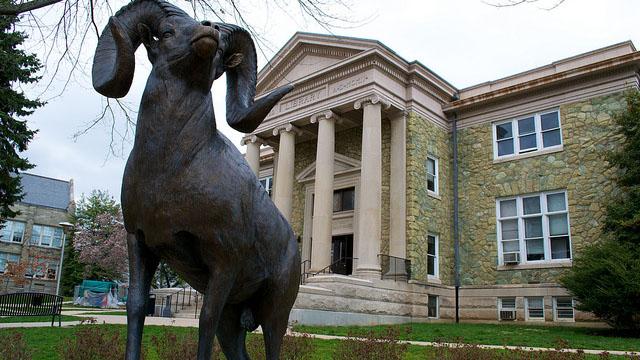 The reason for the total overhaul of the academic structure, as stated in the written proposal, which can be found at http://wcupa.edu/_admin/provost/reorganization.aspx, is that the administration will be able to leverage our “resources in a way that more evenly distributes administrative support, administrative complexity, the production of student credit hours, and potentially builds on pedagogical and/or disciplinary commonalities.”

That sounds like it may be a good thing, until you realize that all that is being “more evenly” distributed is the administrative labor, while putting into real jeopardy the stated academic objective of transforming the institution “into a University whose organizational structures are strategically arranged so as to facilitate excellence in teaching and learning.”

Sadly, and without too much reflection, we can identify two potential threats to the University’s ultimate objective. First, the proposed plan would divide profoundly interrelated disciplines from each other, such as Anthropology from History, while combining other disciplines together that have little to do with each other, save sharing an epistemic approach at the most generic level, for example Geology and Psychology.

Second, with the prevalent contemporary tendency to exalt business concerns, including business’s research arm, the sciences, the move to concentrate and segregate the arts and humanities as their own separate but equal college appears as the first step in the administration’s acquiescence to political and economic forces, something foreign to and at odds with the stated objective of “excellence in teaching and learning”.

This fear is not unfounded, for a close examination of the proposal clearly shows that in the new organization, business and the sciences will together account for 46 percent of the resources, leaving the other four colleges to divide the remainder.

This is not to say that a reorganization of the colleges could not be beneficial, only that the current proposal lacks enough consideration to cultivate it advantageously for academic, as opposed to purely administrative, interests. The most pressing question then is why is this move coming when it is? Why now, amidst the turbulence of a vacating president and in the absence of an appointed provost? Why are the deans proceeding so rapidly, without sufficient time for faculty and student input? Why now, at a time that is certainly adverse to reasoned and effective organizational change? Perhaps the high stakes of the move are unrealized by the administration.

The damage to “teaching and learning” that the transition could potentially cause far outweigh the utility a more even spread of administrative resources could ever hope to generate. The potential harm to the humanities in particular and the threat to the general well-roundedness of the education being offered at WCU is cause enough to pause and consider.

Instead of this move being conducted hastily under the apparent assumption that if it’s best for the administrators of academic affairs it must be best for the academic affairs themselves, we may want to consider a hiatus, until a new University president can be found and an abiding provost is appointed. Such a courtesy to the incoming offices will hardly cost the university anything and will afford the opportunity for exchanges with new perspectives and new ideas, as well as additional time for reflection and expansion of the reasons for academic reorganization in general, as well as the specifics of how best to fulfill the promise of that potential.