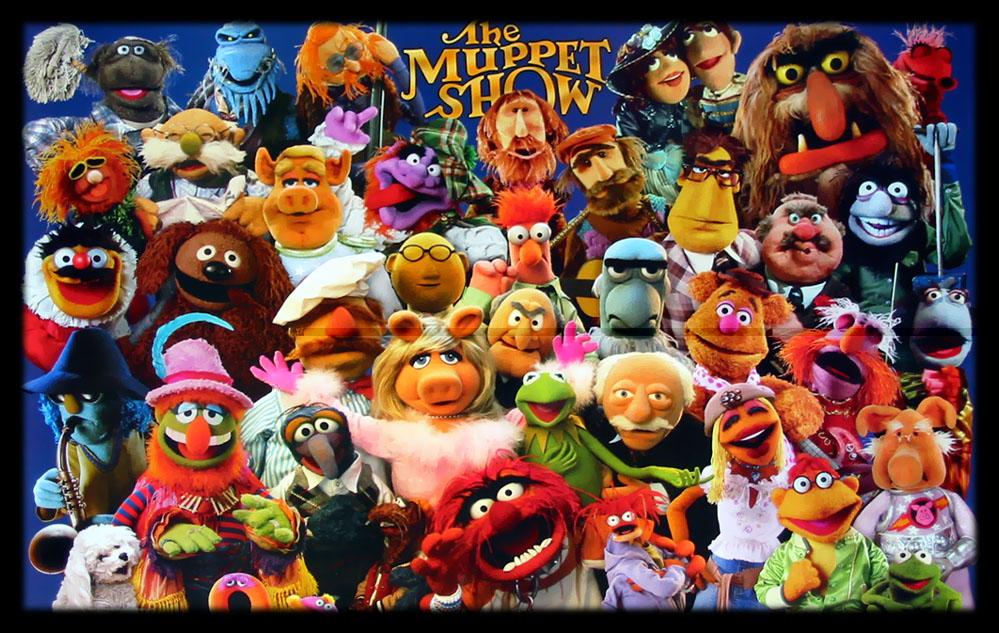 Over 60 years ago, a young puppeteer and screenwriter named Jim Henson introduced an outlandish new genre of comedy that shaped nearly six generations of children and adults. Henson modestly stated in an interview that, “Life’s like a movie, write your own ending. Keep believing, keep pretending. The most sophisticated people I know – inside they are all children. My hope still is to leave the world a bit better than when I got here.”

The Muppets were developed by Henson in the mid-1950s, beginning with the celebrated conception of Kermit the Frog, who would later go on to become Henson’s signature character. By 1976, CBS green-lit “The Muppet Show,” a sketch comedy variety series that encapsulated the characters in a vaudeville-esque show in which Kermit the Frog would frequently star as the showrunner in attempt to govern his disorderly co-stars as well as the programs featured guest ranging from Mark Hamill to Diana Ross. Over the span of five years, The Muppet Show was notorious for its brazen slapstick, surreal comedic approach, as well as its whimsical parodies. The growing prosperity allowed Henson to produce three theatrical adaptations based on the characters. Following the release of “The Muppet Movie,” “The Great Muppet Caper” and “The Muppets Take Manhattan,” Henson’s Muppets experienced a nosedive continuing into the late 1980s.

After dominating the box office for over five years, Henson saw his health falter after diagnosed with a bacterial disease known as streptococcus pneumoniae. Unsure of his future, Henson commenced discussions with the Walt Disney Company, in which the latter would acquire Jim Henson Productions. Disney was interested in the Muppets since their humble beginnings on Sesame Street and even extended to offer a flat-line bid in purchasing the franchise for $150 million, however, arbitration came to a sudden halt after Henson’s untimely death in 1990.

Despite not having the franchise under their umbrella, Disney would eventually co-produced three additional Muppet films: “The Muppet Christmas Carol,” “Muppet Treasure Island,” and “Muppets In Space” under Jim Henson Productions in the 1990s. Although critically-acclaimed, neither of the three films matched the burlesque and self-referential style of humor their predecessors achieved with the third Disney release being a box office failure. Entering the 2000s, their stock only continued to plummet as Henson’s prized Muppets resembled a ship without a captain.

On Nov. 23, 2011, Disney released an eponymously-titled Muppets film anchored by actors Jason Segal and Amy Adams with a score composed by New Zealand comedy band, Flight of Conchords, in which the latter won an Academy Award for Best Original Song, “Man or Muppet.” The film marked a resurgence for the Muppets as it spawned a theatrical sequel, “Muppets Most Wanted,” an array of endorsements ranging from Toyota to Subway, a cluster network appearances on “The Tonight Show with Jimmy Fallon,” and even live exhibitions alongside Mike Mayock in a Thanksgiving Day NFL game involving the San Francisco 49ers and Baltimore Ravens in 2011. Thus far, the Muppets have triumphantly returned in every facet of mass media showing no signs of subsiding. Although making their presence known throughout most of the 2010s, one should ask what is next for the Muppets?

Well, like any franchise nowadays, the Muppets have recently found their commonplace back on television as ABC Studios recently attained the bunch for their first series in over 17 years after the lackluster “Muppets Tonight” in 1998. ABC’s “The Muppets” represents a clever take on the silly characters we have grown up with as the program neatly depicts show-within-a-show. The premise of the series is set in Los Angeles in which the audience explores the private and professional lives of the Muppets while operating daily on the production of “Up Late with Miss Piggy,” a fictional talk show starring the character, Miss Piggy. Unlike previous installments of Henson’s work, “The Muppets” encompasses the form of mockumentary while still retaining its distinguished self-referential and farcical attributes of its conclave, famously disseminated by situational comedies such as “Modern Family” and “The Office,” by employing an identical single-camera setup with the implication of a documentary crew filming everyone perceptible.

The Muppets encounter present day obstacles such as relationships, complications regarding modernization, betrayal, honesty, and even morality. The executive producer of “The Muppets,” Bob Kushell, thoroughly explained the reasoning behind the departure of the Muppets traditional formula in which he stated, “We have the opportunity to explore these characters as individuals with their own emotional lives that are separate from each other and aren’t shadowed by each other’s presence, as I think they have been for the last 20 years… it’s not just a behind-the-scenes look at a show, but it’s the relationship-driven, emotional stories that people go through in their personal lives. Everyone in this version of ‘The Muppets’ wants to push them further in a way they’ve never been before.” Kushell concluded, “Rightfully or wrongfully, the Muppets became more of a kids’ product over the years. We want to bring them all the way back to what they were intended to be and then some. But never so much that anyone has to explain anything uncomfortable to their kids.”

In the grand scheme of things, Kushell’s efforts to further develop the characters could be the remedy that keeps the Muppets franchise alive and functioning. Since Henson’s heyday, children of five decades have seen the Muppets through it all, whether for better or for worse. Henson, even after his death, has seemingly found ways to make us laugh, sing along, and address issues in such an intelligent manner as if he were Walt Disney himself. It only makes sense that Kushell and ABC Studios will push to further reinvent Henson’s brand as they carefully reflect on the Muppets decline in the 1990s and early 2000s. That being said, it is extremely vital for Kushell’s reboot of the Muppets to prevail, otherwise, not only will future generations miss out on another nostalgic dynasty, but the Muppets could face extinction on a larger scale.

Drew Mattiola is a fourth-year student majoring in communication studies. He can be reached at RM814408@wcupa.edu.