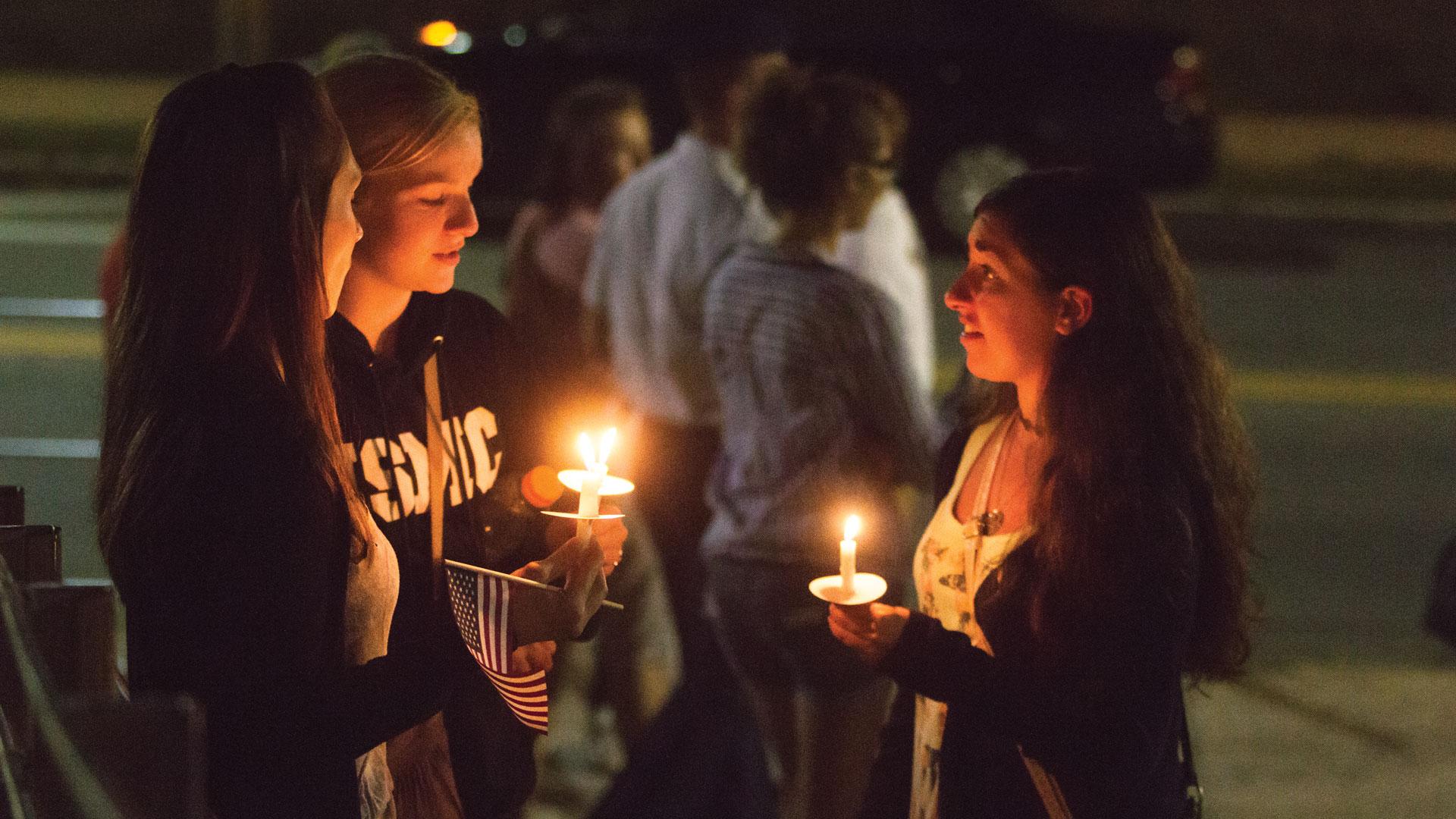 The ceremony began at approximately 8:50 p.m. when the school’s marching band played “Proud to be an American.” A respectful silence fell over the crowd, and then the band played “America the Beautiful.”

The first candle was lit at about 9 p.m. with the marching band playing “Amazing Grace” and after a few moments of silence, they played the national anthem.

West Chester’s Mayor Carolyn Comitta gave a speech, giving praise to the 9/11 Memorial Museum in New York and reading its mission statement. The mission statement starts off with: “The mission of the 9/11 Memorial Museum, located at the World Trade Center site, is to bear solemn witness to the terrorist attacks of September 11, 2001 and February 26, 1993.” Mayor Comitta described how the candlelight vigil was about “coming together to remember those we lost.”

Heather Williams, a retired Navy who was present at the Pentagon when the plane hit, spoke about her experiences that day. It was a touching speech that moved people to tears, and she finished by saying, “I am damn proud to be an American.”

Sergeant Tolley, who has been in the National Guard for five years, felt similarly in her patriotism.

“It’s a little emotional,” said Tolley. “You think about how much we endured as a country and people still are continuing to endure more.”

Tolley said how America is a country that will always defend itself and fight back.

“We’re like that one boxer in the ring that refuses to fall down,” said Tolley.

Students from the university gathered on the steps to show their support and honor those who fell in service of our country.

“Being at the vigil made me think about family members who have served because of the September 11th attack and it makes me grateful because they were able to come home safely, as well as thankful to everyone who has gone out to defend our country,” said senior Haylee O’Brocto.

The ceremony concluded with people lingering to talk to the veterans and share their respects. They left knowing that Sept. 11 is a day that will always be remembered, with heroes that will never be forgotten.

Dana Perkiss is a fourth-year student majoring in English writing with a minor in journalism. She can be reached at DP785965@wcupa.edu.