“the Bachelor” ends in love 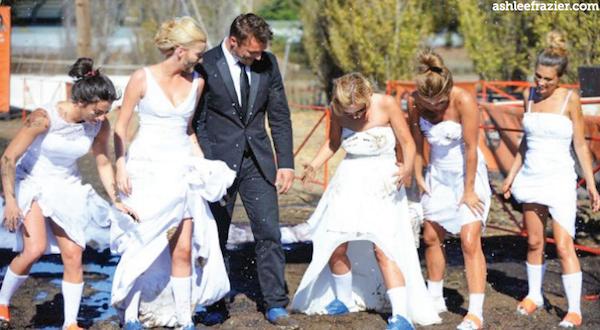 Season 19 of ABC’s “The Bachelor” ended March 9 with a proposal to Whitney Bischoff, a 29-year-old fertility nurse from Kentucky. Whitney was an early frontrunner when she was picked for a one-on-one date with Chris where they spontaneously decided to crash a wedding.

Chris, the 33-year-old Bachelor, had no easy road to love.

For the first time ever, this season of “The Bachelor” had 30 of the most eligible bachelorettes. These bachelorettes were as different as you can find:  a 21-year-old single mom, a cruise ship singer, and a guidance counselor. Chris had 30 unique and beautiful women right in front of him.

However, for Chris, it wasn’t that easy. He wanted the woman he chose to move to his hometown of Arlington, Iowa. The city of Arlington has a population of 400 and is completely surrounded by farms with little to do. This was a deal-breaker for some of the contestants.

When the remaining eight contestants took a trip to Iowa in week seven of the show, many of the women were shocked at the place they could potentially be calling home one day.  Britt, the 27-year-old waitress who was a favorite of Chris’s from the beginning, confided in her competition by telling them she can never see herself living there. After being outed by another girl, Britt was surprisingly eliminated.

The following week, Chris visited the remaining bachelorettes’ hometowns. Jade got a one-on-one date and was able to finally meet Chris’ family. But the shy, quiet girl had a huge secret weighing on her. After revealing to Chris that she modeled for Playboy a few years ago, Chris was surprisingly supportive and reassured Jade that he had no concerns. In a shocking twist of events, however, he eliminated her at the end of the episode. Chris says the decision had nothing to do with her past, but Jade had a hard time believing this.

The three remaining contestants traveled to Bali where Chris was faced with his most difficult decision yet. He stated several times throughout the episode that he felt a strong connection with all three women and was falling in love with each of them. Atter a dramatic rose ceremony, Chris eliminated Kaitlyn, the outgoing 29-year-old who was known throughout the season for her sense of humor. Kaitlyn’s emotional, heart-wrenching exit was hard for not only Chris, but for viewers of “The Bachelor” everywhere.

Left with two, Chris was about to make the most difficult decision of his life.

He took the women back to his hometown, where they were able to spend time with his family. Both women made a great impression on the family; however it was obvious who they were pulling for: Whitney.

Whitney had already confessed her love for Chris. She knew she was ready to leave her job as a fertility nurse, move to Arlington, and start a family with Chris.

Becca, the 29-year-old chiropractic assistant, and Chris hit it off from the first episode. Chris loved Becca’s sense of humor; however, she was not making any promises to Chris. She was not ready for a proposal.

Instead, she wanted a relationship with him. She wasn’t ready to move to Arlington, but she stated she would when she felt she was in love.

In Chris’ beautifully decorated family barn, he made the decision of a lifetime. After Becca’s somewhat emotionless goodbye, Chris proposed to Whitney and gave her the final rose.

At the “After the Final Rose” special following the season finale, Chris and Whitney appeared to be happy as ever. They both expressed their excitement to begin their life together.

It all begins again on May 18. This season of “The Bachelorette” is sure to be one filled with drama, and, hopefully, love.

Elizabeth Angstadt is a fourth-year student majoring in political science and minoring in journalism. She can be reached at EA756657@wcupa.edu.