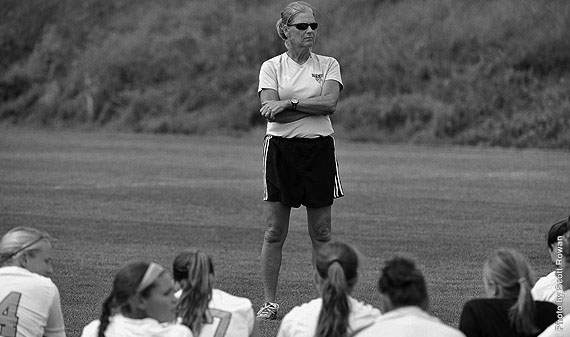 The Lady Rams moved up to No.7 in the Division II national poll earlier in the week, and wanted to make sure they played like it. Their first matchup was at home against Lock Haven University on Wednesday.

In this game, West Chester got off to a good start, and then played firm defense the rest of the way to ensure their victory. In the 11th minute Kara Parvel took a pass from Carly Yost, and launched a shot past the Lock Haven goalkeeper Michelle Cuomo to give the Lady Rams the early lead. This goal was all the Lady Rams needed as they took the game from Lock Haven, 1-0.

West Chester goalkeeper Alex Srolis continued her dominant performances this season, with another shutout. She had four saves on the day, and this was her 5th shutout in seven games.

West Chester dominated the game, even when the score might not have dictated that. West Chester outshot Lock Haven 19-7, and controlled the only corner shot of the game. As for Kara Parvel, that was her third goal of the season, and that was Yost’s fourth assist of the season. Yost is the leading point getter for the Lady Rams this season with 12 points.

Next up for the Rams would be a night game on the road against Bloomsburg on Saturday. This would be a tougher matchup for the Lady Rams as Bloomsburg came into the game with a 4-3-1 record, which was significantly better than Lock Haven’s record. And since the game was on the road, West Chester would have to come out firing.

It was a very hard fought, physical game for both teams, and both teams were playing very aggressively. But it was the Lady Rams who finally broke free from the scoreless tie in the 30th minute. It was Kara Parvel again, who this time took it by herself inside the box and put it past the Bloomsburg goalkeeper for her fourth goal of the season.

The score would remain 1-0 heading into halftime, but again, as they have all season the Lady Rams were controlling the box score. They outshot Bloomsburg 8-5 in the first half, and had four corners to Bloomsburg’s one. As they came out for the second half, their hard work was finally paying off on the scoreboard. The Lady Rams scored two goals in a nine-minute span to put the game away.

After that the Lady Rams would coast to a 3-0 victory, and enjoy a long bus ride home. The Lady Rams can have nothing but smiles on their faces, as they sit atop the PSAC standings with a record of 8-0-, and 7-0 in the PSAC.

They will look to continue their stellar play this week, as they only have one game before fall break, and it is home against East Stroudsburg on Tuesday. East Stroudsburg will be their toughest matchup of the season, as they are No. 25 in the country, and are on a six game winning streak. They are 6-1, and have only dropped their first game of the season to Kutztown. This will be the game the Lady Rams need to prove that they can defeat the top teams in the PSAC.