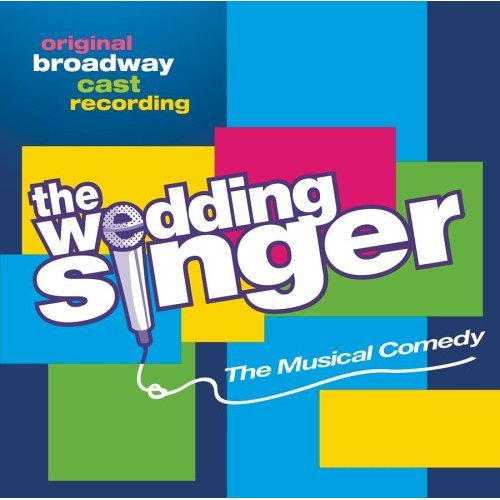 Miss the days when MTV played music videos, arcades were the most popular hang out, and parachute pants were all the rage? Come get your fix at West Chester University Department of Theatre and Dance’s production of The Wedding Singer this October! Featuring high-energy vibrant tunes, romantic intrigue, and lots of laughs, the show is sure to fill your 80s craving.

Set in the 1985, The Wedding Singer, a musical comedy, follows the love life of Robbie Hart, New Jersey’s most popular wedding singer who is unfortunately dumped on his own wedding day. With the help of his band-mates and a waitress named Julia, Robbie tries to put his heart back together and re-discover his groove.  The musical is based on New Line Cinema’s 1998 film of the same name, written by Tim Herlihy and starring Adam Sandler. The musical features catchy music by Matthew Skylar and Chad Beguelin and a hilarious script written by Beguelin and Herlihy (of the film).

Creating and mounting the show, The Wedding Singer’s production team consists of director Rebecca Joy, a visiting artist this year in the Department of Theatre and Dance, choreographer Liz Staruch, set designer Dirk Durossette, lighting designer Julie Wunsch, and costume designer Constance Case. The production team drew inspiration for the musical from their own experiences in the 1980s. Pop culture focused around the arcade, MTV, and the Brat Pack. Visceral, bright colors pop on the set and costumes, while the choreography draws influence from the biggest dance trends of the decade. Look for “members’ only” jackets and allusions to Donkey Kong.

When asked what the audience can expect from the show, director Rebecca Joy said, “Fans of the movie can enjoy being dropped into the year 1985 again – and surprised at how well the movie script was incorporated into the musical.” For those of you experiencing The Wedding Singer for the first time, look forward to the frenetic energy of the 80s, jam-packed with hummable tunes. The overall theme according to Joy? “Love Rocks!”

Janice Rabian is a second-year student majoring in Theatre. She can be reached at JR808460@wcupa.edu.