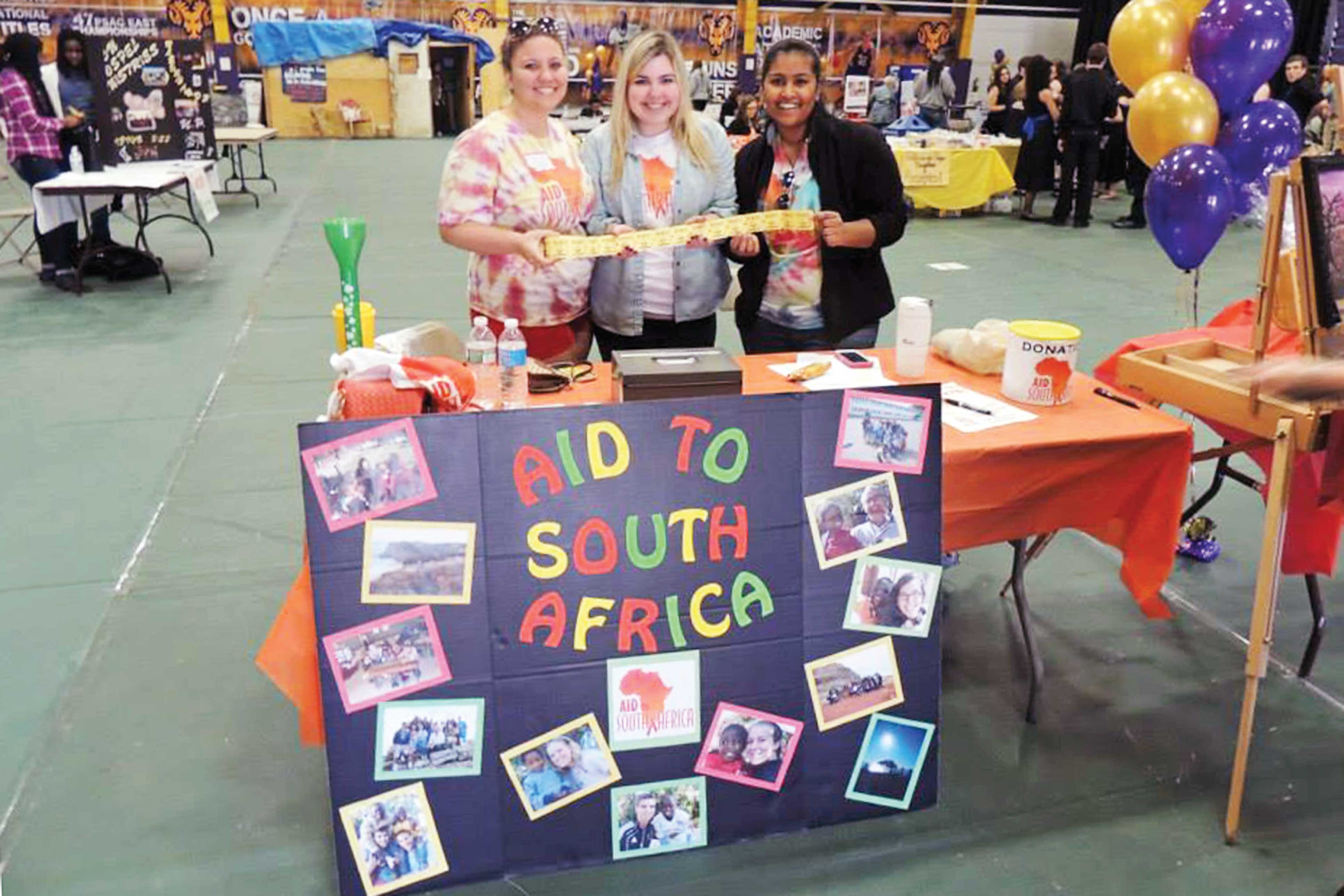 The partnership between the Honors College and Aid to South Africa began in 1998.  Since then, several teams of WCU students, faculty, and staff have traveled to South Africa to participate in community-needs assessment projects that have profoundly impacted lives on both sides of the ocean.

All funds raised from the event and throughout the year are given directly to four organizations in South Africa who are dedicated to fighting against childhood hunger and HIV/AIDS: Nkosi’s Haven, H.E.L.P. Ministries Soup Kitchen, Sparrow Village, and Mosaic SA.  These organizations give food to children who would otherwise go hungry and provide hope to orphans living with HIV/AIDS.

“It’s amazing to see that what we do here can so profoundly impact individuals thousands of miles away,” HSA Vice President, junior, Samantha McGinty stated.  “Knowing that even one more child can have their meal today because of us is an incredible feeling,” said McGinty.

It is from these initial partnerships 16 years ago that Aid to South Africa was born.  Starting as a HSA student’s senior project in 2005, ASA has developed into one of the most sustainable events at WCU.

There were many firsts for this year’s event including a singing flash mob organized by HSA junior, Elise Lerario, and led by the Daniel Boone High School Select Choir.  HSA junior and ASA Director, Zach Wooten boasted the success of this year’s event noting, “We had our first ever flash mob, first ping pong tournament, 13 soccer teams, and collaborated with over 20 on-campus organizations.”

More information on Aid to South Africa and the organizations they work with in South Africa can be found at www.wcupa.edu/aidtosouthafrica.

Brooke Hillman is a third-year student majoring in communication studies. She can be reached at BH760076@wcupa.edu.