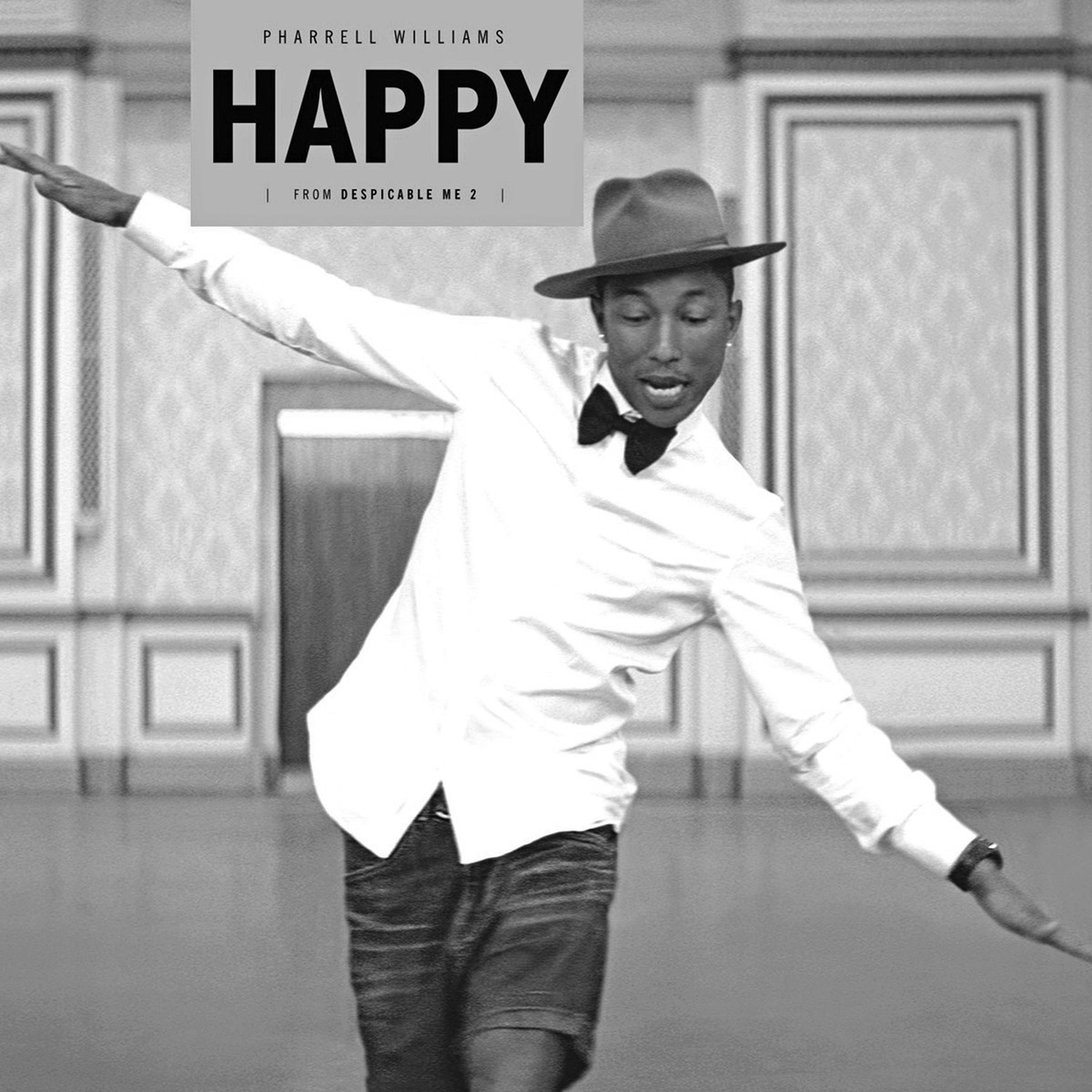 There  was once a period of time when the hip-hop industry was highly substantial and divergent. Allow me to rephrase myself – There was once a period of time when music in general was highly substantial and divergent. It all began in New York City with Bronx MC, Slick Rick who has been widely regarded as the quintessential figure to the genre in 1988. During that glorious epoch, Slick Rick released his debut, The Great Adventures of Slick Rick, an album that has bared more significance than triviality to this day. Upon its initial release, Slick Rick earned the dazzling reputation of “hip-hop’s greatest storyteller” in which he playfully composed tracks layered of fictional accounts molding worlds of fantasy and tragedy together.

In a rare interview with XXL Magazine in 2006, Slick Rick discussed his sudden disappearance in the hip-hop industry, as well as his unfavorable decision to abandon his recording career in an attempt to produce for other artists. When asked about his label situation and his current relationship with Def Jam Recordings, the troubadour bravely replied, “I’m waiting for a market to open up for a more mature audience to see where we can fit in. We need to be inspired. Right now, the market is pretty much…it’s not bad, but it caters to the youth. And the youth market, they really talk about stuff that we’ve already talked about: going to the club, meeting girls, trying to be the tough guy here and there. All of that stuff we did in our 20s, and I’m 41 now. I’d rather talk about things that 41-year-olds talk about, but without sounding preachy, just having a good time. This how we talk, this is how we move. We just keep it sensible and true.”

Eight years since his interview with XXL, the Bronx MC has not released a follow-up to The Art Story Telling, and at the humble age of 49, Walters is a man of his word rather than a corporate sellout as he thoroughly described many of his fellow peers, as well as the current state of the music industry. However, showings of a mature market have slowly materialized after Virginia Beach native, Pharrell Williams returned to the misogynistic hip-hop scene with an intelligent and delightful tune, “Happy” in 2013. Williams has become a one-man wrecking crew over the last few years while R&B and hip-hop fans have been anxiously anticipating the release of his second solo studio album entitled, G I R L. Fortunately, Williams managed to fulfill his promise on March 3, 2014 when G I R L became available on iTunes Music Store and in retail markets such as Best Buy and Target. With “Happy” anchoring the commercial appeal through radio play and digital sales, G I R L became a smashing success. In 2010, Williams composed the score to the critically-adored Golden Globe-nominated animated film “Despicable Me” as well as its acclaimed sequel, “Despicable Me 2” both starring Steve Carrell and Miranda Cosgrove. During the production of both films by Illumination Studios, Williams crafted a grooving happy-go-lucky composition for the franchise spawning a surprise radio single with, “Happy.” Since criminal mastermind, Gru and the always-looney minions have dominated the summer box office for the past three years, things have certainly been trending upwards for Williams.

Having appeared on four number-one charting singles from various artists such as Daft Punk, Robin Thicke, Ludacris, and Snoop Dogg, Williams had the tendency to remain modest and creative behind the scenes as opposed to exploring a career as a solo artist.

Before the release of G I R L, Williams was not one to truly embrace the spotlight. Williams to this day has been very humble about his output of work occasionally contributing as a guest on Neptune produced records for friends and close collaborators such as Jay-Z and Justin Timberlake. As the Neptunes reached commercial height in 2003, the duo founded Star Trak Entertainment and released a compilation album entitled The Neptunes Presents… Clones in which Williams made his solo debut on “Frontin’ featuring Jay-Z. At the time, Williams firmly insisted the single was a “one-off,” and that he was purely a producer and not an artist in his own right furthermore dismissing rumors of a solo album.

It was not until 2006 when Williams officially released his debut album entitled, In My Mind which met mixed to positive reviews. After reteaming with Haley and Hugo on their alternative projects under the moniker of N*E*R*D* from 2008 to 2013, the demand for solo material became greater, and so became “Happy.”  Like an infectious rash or a contagious disease, Pharrell Williams’ “Happy” sucks listeners in from the very beginning of the Neptunes’ signature introduction contrived of off-kilter stripped down electronic funk.  There’s not a lot you can criticize with “Happy.”  William’s timeless voice resembles that of the strong Motown vocality we have heard from prestigious crooners such as Marvin Gaye and Smokey Robinson. It’s simple and archetypal with little to no embellishments. Unbelievably catchy, it’s definitely the kind of song that makes you want to dance and sing along – an important element for any children’s film tune. More importantly, it’s infectiously cheerful with its summer-like vibe that ease that seasonal misery of winter often brings and it’s just so wonderfully innocent. It can become a little repetitive at times, but maybe that’s the beauty of it. It’s highly simplistic with a very clear sentiment, and sees if you don’t clap along “if you feel like a room without a roof.”

“Happy” is not something often found in modern age radio. In fact “Happy” is one of those positive uplifting records that are so seldom seen. In a oversaturated market where male chauvinists and egotists such as Lil’ Wayne, Nicki Minaj, Drake, Miley Cyrus and Justin Bieber reign supreme, Williams’ “Happy” seems out of place in a cesspool full of monotonously looped chants, gluttonized concepts, carnal-driven anthems, and savage-minded engineers. Lost in a sea of materialistic urchins and scum, Williams manages to unearth success and appeal despite being positiveand inspiriting. Here is my question to the readership – Why are we as listeners drawn to records centered upon lust, partying, unprotected sex, heterodoxy, and avarice? There have been many powerful and inventive records over the past two decades such as “Ordinary People” by John Legend, “Dear Mama” by 2Pac, “I Used to Love H.E.R.” by Common, and “I Believe I Can Fly” by R. Kelly, all reaching the pinnacle of commercial and aesthetic excellence. Why do we constantly tend to clasp records such as “Lookin’ A**” by Nicki Minaj instead of “Rule” by Nas or “Count Your Blessings” by Damien Marley Jr.?

Ultimately consumerism determines what broadcasts and what doesn’t. What the radio and the industry itself is truly deprived of is variety and a sense of diversity for the lack of a better word.

Today we as listeners are so content and so acclimated with entertainment that we immediately idolize whatever is trending unknowing of its message and meaning as opposed to what is quality show business. My definition of music may differ from others, but truth be told, mature records like “Happy” will hang around longer than the ancient Pyramids of Giza. The reason being, they hold insight and conviction unlike today’s radio single.

The existence of “Happy” only sheds further light on the mature loyal audience that has been long tucked away in the corners of public radio for the past decade and a half. “Happy” has a purpose, it has a meaning, and most importantly it has a soul.  According to Williams, happiness is certainly the truth.