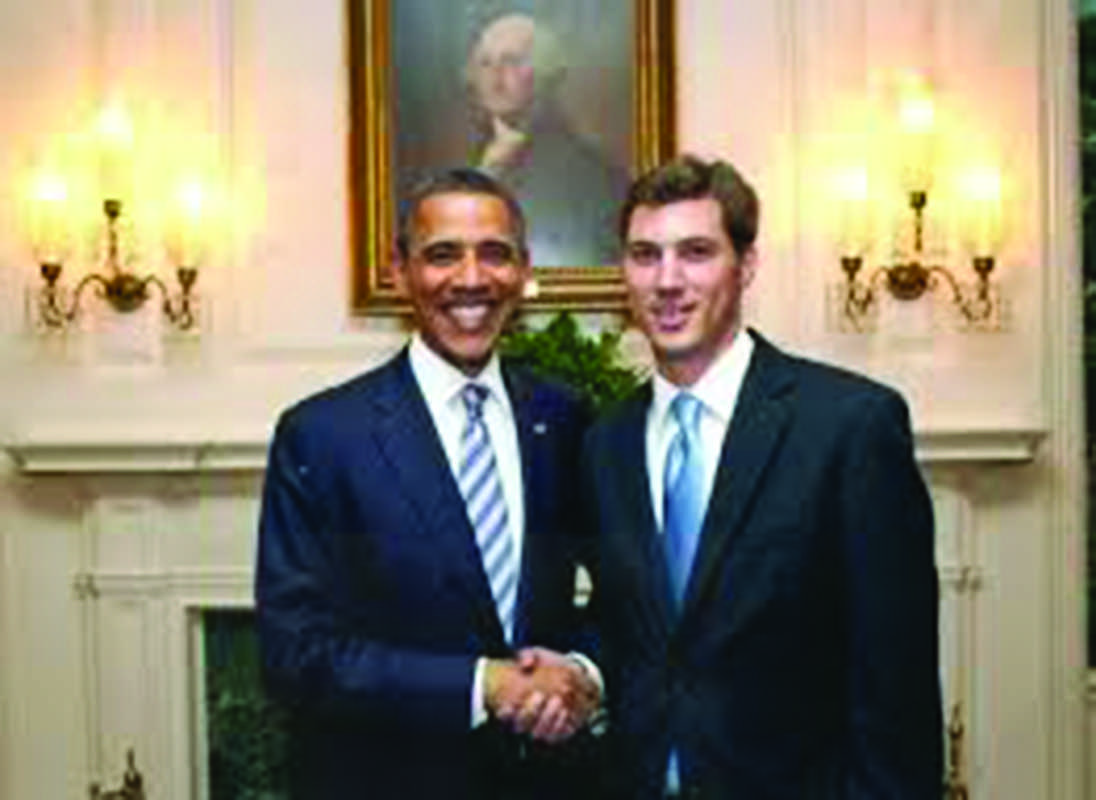 When Josh Maxwell ran for mayor in his home town of Downingtown four years ago, the odds were not in his favor. Chester County typically votes Republican, and Maxwell was a Democrat, and furthermore, he was only 26.

Maxwell, a WCU alumnus with a major in political science and a minor in international business, won the election and became the youngest mayor in Downingtown history.

Last year, when he was up for re-election, he won with 70 percent of the vote. An astounding 50 percent of Republicans voted for him.

As mayor, Maxwell admits he loves how busy he is. He gets to help the community he lives in every day through meetings, research, and communication with the Borough Council and Police Chief. He even participated in a fourth grade play a few weeks ago because a Downingtown student wrote a part for him. He describes his political job as a gratifying way to spend his time.

Now at age 29, Maxwell is running for State Representative. Although not recruited by the Democratic Party, Maxwell made the choice to run, focusing on education and poverty as his primary issues. He has proven his dedication to these issues as mayor and will continue to pursue those issues in the future. Downingtown School District, the largest district in Chester County, was voted the number one school district in the state in 2013. Maxwell also created an economic development council, a bipartisan board, to promote industry and commercial development in his town.

If he wins the election for State Representative, Maxwell said he will focus on improving high-quality education for urban areas in Chester County.

“I believe education is a long-term economic development tool and investing in commercial growth where it is needed the most helps the local economy in addition to students, parents, and teachers,” Maxwell said.

The youngest mayor in Downingtown history proves that political engagement is possible at all ages, especially for college students. According to the Center for Information and Research on Civic Learning and Engagement, the voter turnout rate for 18 to 29 year-olds declined six percent from the 2008 to 2012 elections. Fewer than half of this age group thinks everyone has a duty to vote. Numbers like these show that college students and recent graduates get a reputation for civic disinterest.

It doesn’t have to be that way though. Maxwell’s interest in politics blossomed as a student with inspiration and guidance from Senator Andrew Dinniman of the democratic party, who taught at WCU and was one of Maxwell’s professors. Dinniman represents the 19th District and hailed from WCU’s international studies department. Maxwell elaborates, “Dinniman helped me to get on the planning commission in Downingtown. It got my foot in the door for public service. I wanted to help my community grow by improving the diversity of our land use.”

Even before the planning commission, Maxwell was engaged in college. According to Dr. Peter Loedel, chair of the political science department at WCU, “I never had Josh in one of my courses, but Josh was a politically active student on campus and in the local community.  One knew right from the start that he was a student focused on engaging in the political arena.  I’ve spoken with Josh over the years and am impressed with his singular focus on economic development in the area that he represents.”

Maxwell advises students who want to get politically involved to help local campaigns in the community. Plenty of campaigns seek support, and it’s an easy way to gain knowledge and experience. For those who want to be a candidate someday, Maxwell says to find a way to develop an expertise. It could be law, finance, or economic development. Whatever the niche, find an interest, garner skills, and develop policy around that.