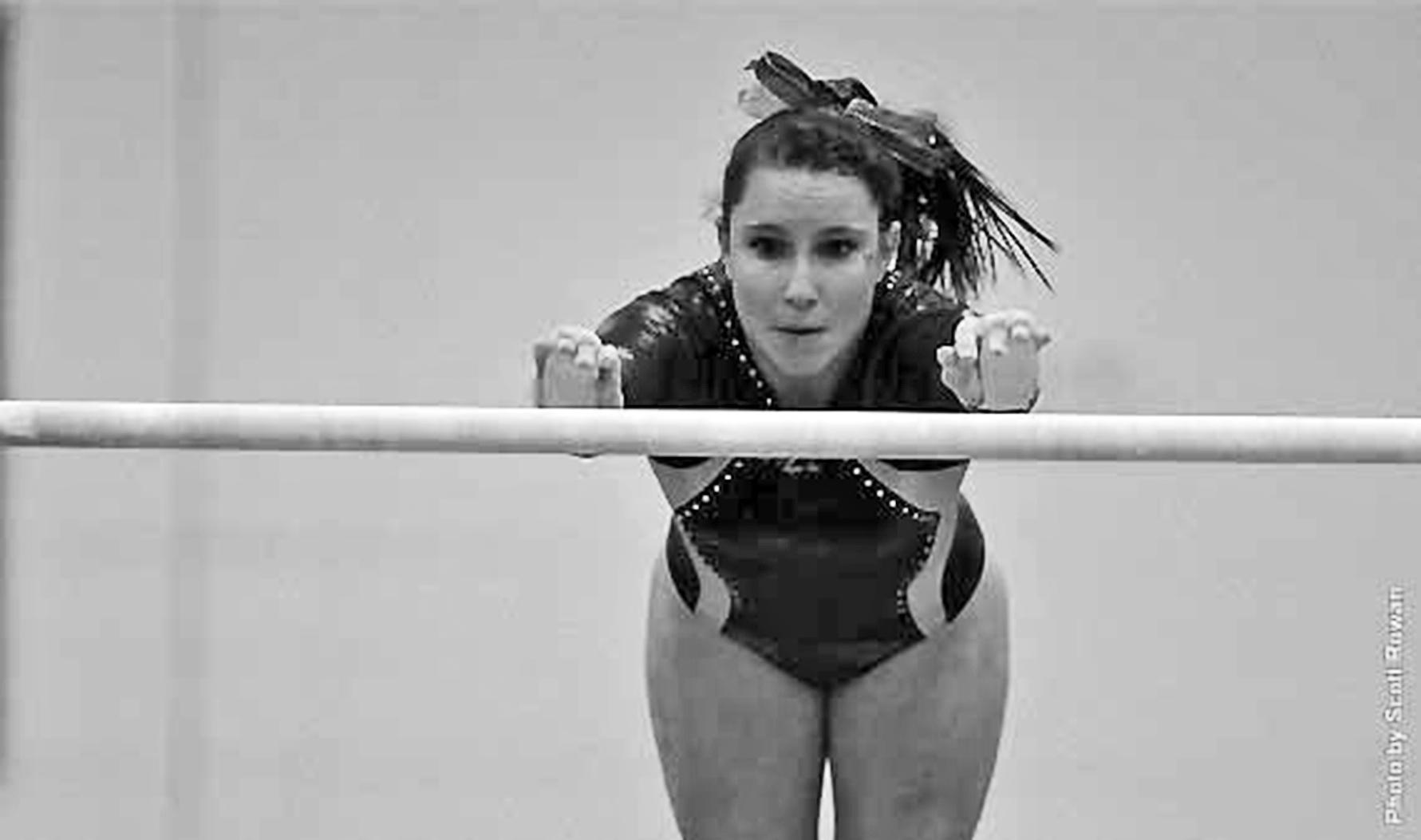 West Chester University women’s gymnastics team continued to prove their strength Feb. 16, at University of Pennsylvania against Division I Rutgers and Pennsylvania.  Even though the Rams placed third at the tri-meet, the girls set another school record with a 190.65 team score, beating its previous mark of 190.575 set one week ago.  The Lady Rams also posted a new season high on the vault (47.500) and uneven bars (47.875) while falling half a tenth shy of hitting its season best on the floor exercise.  WCU’s 47.875 on the uneven bars was also a new school record.

For the second straight week, freshman Majesta Valentine scored above a 38.000 in the all-around competition.  She scored a 38.425, as opposed to her personal-best 38.525 she posted one week prior.  Valentine’s 9.7 on the uneven bars was also a new personal high for the freshman from Wilmington, Del.

Sophomore Meghan Brannon from Seminole, Fla. set a new personal best on the bars as well, with a 9.800 to lead the Golden Rams on the event.  Behind Brannon was senior teammate Emily Seigel with an impressive 9.75 on the uneven bars.

Division I Rutgers won the tri-meet with a 193.675, while host University of Pennsylvania edged out second place over the Rams with a 190.85.

West Chester Gymnastics traveled back in the area on Friday, Feb. 21, 2014 where they met up with ECAC rival Southern Connecticut State University at the Philadelphia Convention Center in their annual Unite for HER meet.

Unite for HER hosted its Sixth Annual Pink Invitational-Gymnasts Unite event to raise funds and awareness for women affected by breast cancer.  It is a registered 501 (c) (3) nonprofit organization dedicated to making a positive difference in the lives of women and girls by supporting and providing wellness and breast cancer programs that educate, empower, and restore.  UFH’s founder is West Chester Alumni Sue Weldon.  She has done an excellent job with the organization that now helps over 1,000 women in the Philadelphia area battling breast cancer.

The 2014 Pink Invitational hosted by AJS Pancott Gymnastics NTC, had its first ever college session on Friday evening, Feb. 21, in which the Golden Rams took to the floor hosting SCSU.

Seigel came to West Chester University from United Gymnastics in Reisterstown, Md.  She serves as co-captain of the Rams’ gymnastics team, where her leadership skills and devotion to the team are helpful to the team’s success.  Emily’s excellence in the gym continues into the classroom.  Last year, Emily was the only gymnast in the ECAC conference to be honored with the Scholar-Athlete of the Year award at championships.  Emily will graduate with a degree in early childhood education with a minor in reading.

Griffin began her gymnastics career at Mannettes Gymnastics in Philadelphia, Pa. before switching and eventually staying at Silvia’s Gymnastics in Zieglerville, Pa.  The love Paige has for the success of the team never goes unnoticed.  You can always find her enthusiastically cheering for her teammates throughout practice and competitions, rooting for them to succeed and set new high scores form themselves, as well as the team.    Her positive attitude and ability to lighten the mood in the gym will help Paige reach her highest potential as she graduates with a degree in exercise science.

Ringer began her gymnastics career at Arcadia Gymnastics in Beaver Falls, Pa.  Cassandra also serves as co-captain of the Lady Rams gymnastics team where her love for the team and excellent leadership skills are obvious to all.  Her hard work and devotion invested in the team’s success inside and outside of the gym does not go unnoticed.  She currently serves as the Vice President and member of the Student-Athlete Advisory Committee (SAAC) here at West Chester University. Cassandra will graduate with a degree in nutrition.

Plaugher joined the Golden Rams from Spirit Gymnastics in North Wales, Pa.  Her hard work and dedication in the gym is beyond compare.  She is always willing to do what is best for the team.  Plaugher never lets frustration set it; instead, she uses it to her advantage and always does whatever she can to be the best she can be.  She will also graduate with a degree in early childhood education.

West Chester and the four seniors will be back in action Friday, Feb. 28, 2014 at Springfield College in Massachusetts.

Lauren Bilenki is a third-year student majoring in accounting and finance. She can be reached at LB759145@wcupa.edu