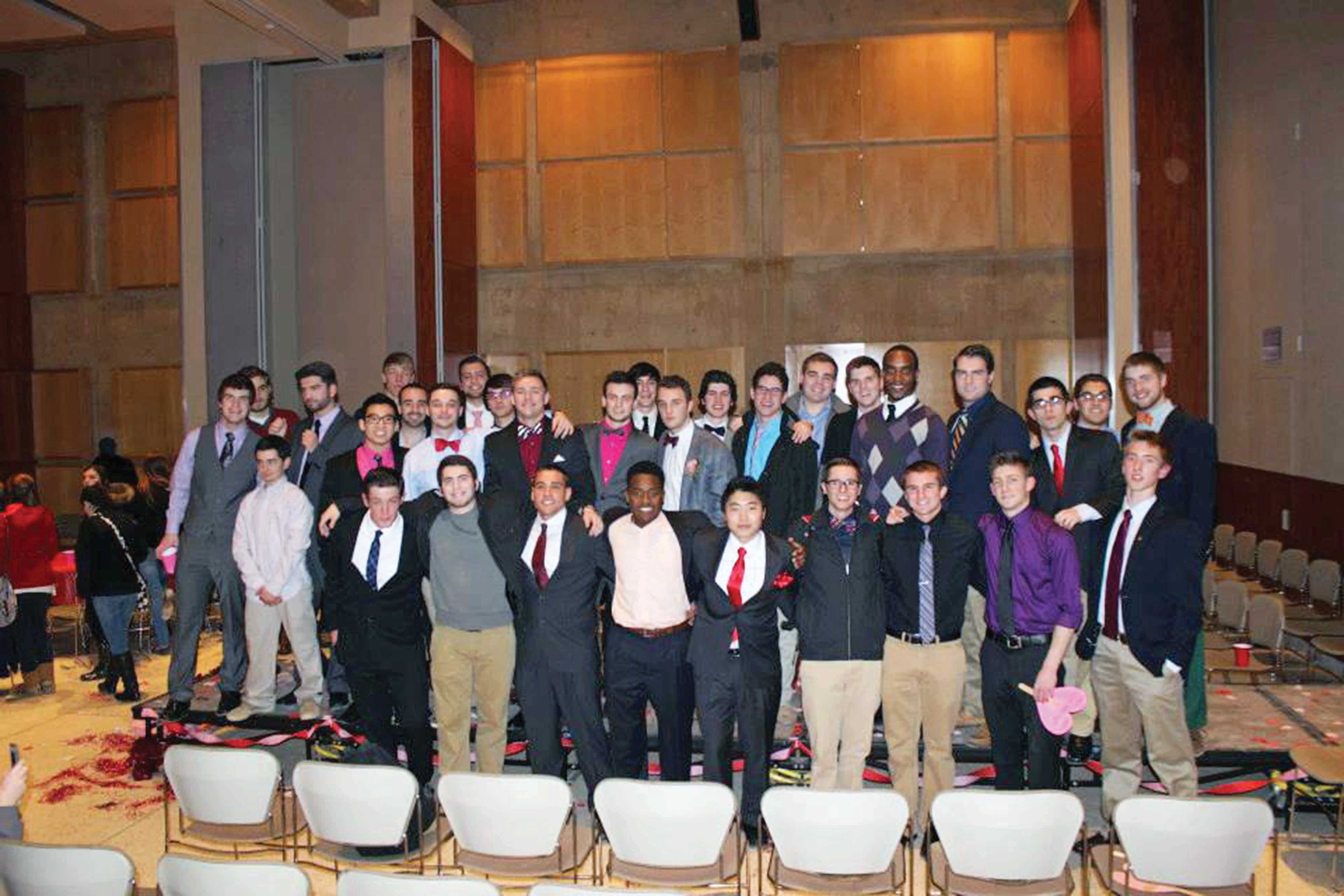 A group of 38 of West Chester’s finest bachelors were auctioned off to willing student bidders just in time for Valentine’s Day. The Honors Student Association (HSA) hosted its Third Annual Date Auction on Feb. 10 in the Sykes Ballrooms, an event with increasing success each year.

Amber Coe, HSA fundraising chair, reported the majority of the funds raised will be given to sponsor a family from the non-profit organization, Bringing Hope Home. Bringing Hope Home helps families with loved ones fighting cancer.

“HSA partnered with the newly added Bringing Hope Home branch on campus to help make the event possible. It costs about $1,000 to sponsor a family and we raised over $2,000, so they’re very excited about our donation,” Coe explained.

The first year HSA hosted this event, only students of the Honors College participated.

To gather the 38 bachelors auctioned, the HSA Fundraising committee asked men from various organizations to inform peers about Bringing Hope Home. Each participant was asked to fill out a form with basic information and their date idea.

“Within a few weeks of initially asking, forms came flooding in! We also created a Facebook event and opened it to the public to spread the word to West Chester students,” Coe said.

This year, Sykes Ballrooms filled with excited West Chester students waiting to bid on the man who promised a dream date. From dinners to romantic strolls through town, the participating men promised nothing but perfection to the room full of willing bidders. Heartshaped paddles filled the air as bidders persisted to claim their man and their dates. Friends pulled together to outbid others, while the bachelorettes of the room bid solo.

With such a competitive atmosphere, bids rose rapidly, a welcome occurrence when charitable fundraising is the goal. One gentleman’s date went for $155, the highest bid of the night. Other bids came close to the night’s high, ranging in the hundreds as well.

“The HSA Date Auction was an awesome event for students of various organizations to come together for a great cause and fun experience. Amber Coe did a phenomenal job coordinating the event,” said Samantha McGinty, a junior in the Honors College program.

The full house at the Third Annual Date Auction allowed HSA to raise an impressive amount of money for a great cause.

“We hope other HSA events reach campus the way the Date Auction did,” Coe said.

Angelique Caraballo is a third-year student majoring in communication studies. She can be reached at AC749219@wcupa.edu.