Golden Rams now tied atop division after upset of No. 10 ESU 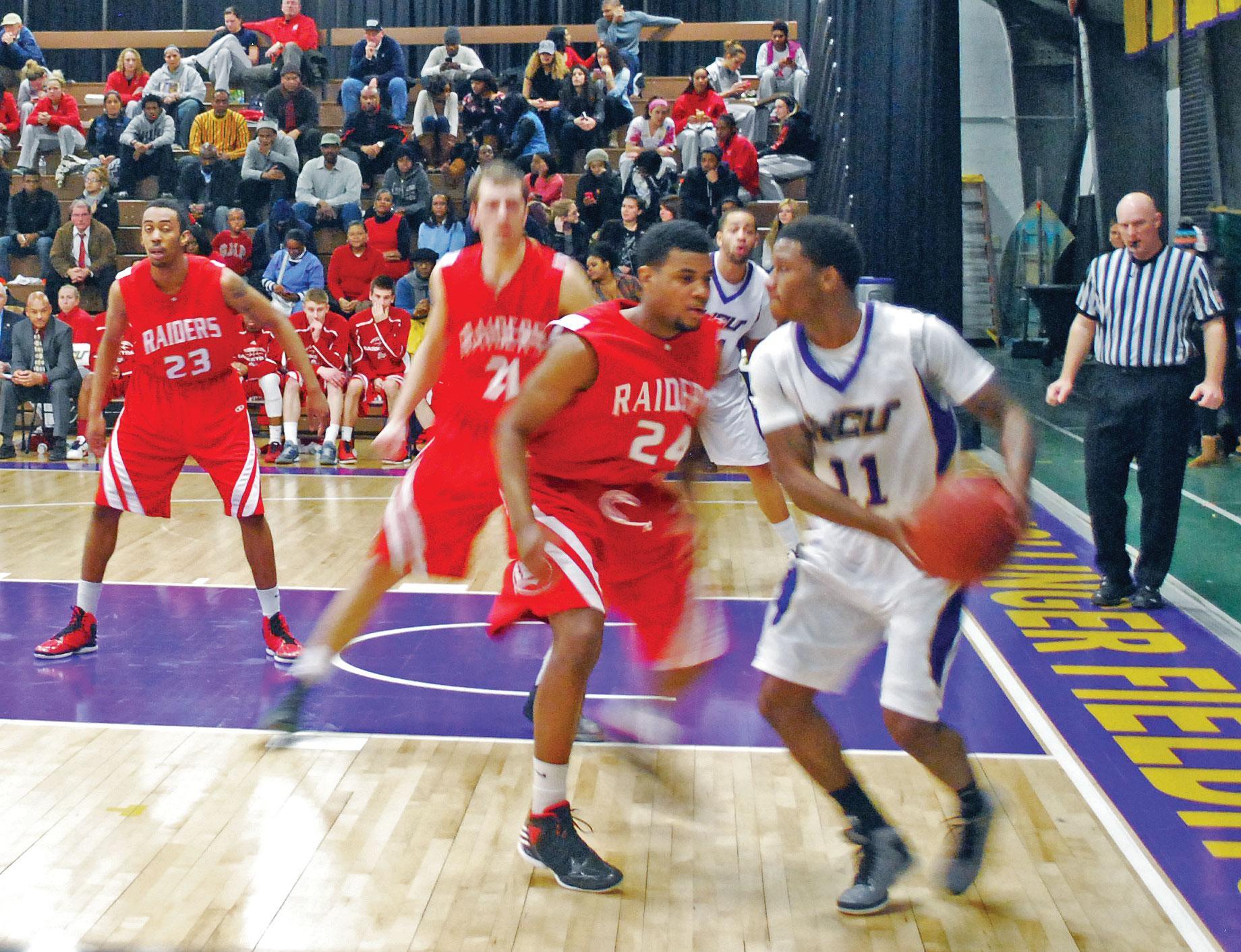 The Golden Rams defeated No. 10 East Stroudsburg Saturday to pull into a first-place tie with the Warriors for the PSAC East and now control their own destiny heading into the final game of the regular season.

First up for the Golden Rams, who were riding a four-game winning streak, were the Raiders from Shippensburg (7-17). West Chester (19-6) looked to notch a five-game winning streak for the second time this season against the struggling Raiders. The first half saw West Chester control the game and tempo right out of the gate as they recorded three blocks in the first few minutes of action. The Rams were never able to extend the lead beyond seven as some turnovers and sloppy plays kept Shippensburg within shouting distance. Despite shooting just 32 percent in the first half, the Golden Rams took a three-point lead into the half, 31-28.

After the break, the Golden Rams exerted their power over the Raiders by going on a 15-2 run to start the half. It took nearly five minutes for the Raiders to finally notch their first field goal of the half. Shippensburg did manage to pull within two points just past the 10-minute mark, but a 10-0 run pushed the lead back to double digits, 61 to 48. The Raiders were never able to recover as the Golden Rams went on to win 79-70 in their final regular season home game of the year.

Junior guard Troy Hockaday led the way for the Golden Rams as he scored a game-high 19 points while dishing out four assists. Senior guards Carl Johnson and Jon Breeden registered 14 and 11 points respectively. The three guards created havoc for the Raiders all game as each came up with four steals during the game. Sophomore forward Corey Blake recorded a double-double for a second straight game finishing with 10 points and 10 rebounds. Sophomore forward Eric Frans led the team with a season-high 12 rebounds. The Golden Rams took advantage of Shippensburg’s mistakes, turning their 24 turnovers into 29 points.

With West Chester’s victory Wednesday evening and East Stroudsburg’s (20-5) loss to third-place Millersville, the Golden Rams stood just one game behind the first place Warriors heading into the showdown between the two teams battling for the PSAC East crown. West Chester started the game off just as it had in previous games, jumping out in front early. They scored 12 points in the first six-plus minutes while limiting the Warriors to just two points over the same span. The Rams stretched their lead to as much as 13 over the hosting Warriors, but they were not going to go down quietly as they narrowed it to just one with under four minutes to go in the first half. The Golden Rams then went on an 11-5 run to take a 41-34 lead into the half.

For West Chester, the second half was all about bending but not breaking. They never held a lead of more than 11 points, but also never conceded the lead to East Stroudsburg. The two teams exchanged punches throughout the final 20 minutes with West Chester leading by as many as 11 with under 15 minutes to go and ESU dwindling the lead to just one with over eight minutes remaining. That was as close as the Warriors would come as the Rams, led by Johnson, who scored 13 of his 16 points in the second half, held on for the 83-76 victory.

West Chester put four players into double figures Saturday afternoon. Breeden led the way with 17 points  to complement six rebounds and a team-leading six assists. Johnson added 16 and Blake and Mack scored 13 apiece. Blake and senior forward Harley Williamson led the Golden Rams on the glass, pulling down seven rebounds each. The Golden Rams once again used their depth to their advantage with 11 guys registering at least eight minutes of playing time. As a team, they shot nearly 45 percent from the field compared to ESU’s 33 percent. The Warriors made up for their poor shooting by attempting 45 free throws, 12 more than West Chester and making seven more than the Rams, but it was not enough as East Stroudsburg dropped their third straight contest.

Heading into the final week of the 2013 regular season, the Golden Rams will now control their own destiny. If they travel on the road and defeat Cheyney (13-12) Wednesday evening, then West Chester will claim at least a share of the PSAC East title and the top seed in the East heading into the PSAC Tournament. East Stroudsburg will be hosting Bloomsburg (8-17) on the same evening, hoping that the Rams trip up against their cross-county rivals. West Chester improves to 11-1 on the road this season, and will be looking to record its first 20-win season since the 2002-03 campaign.