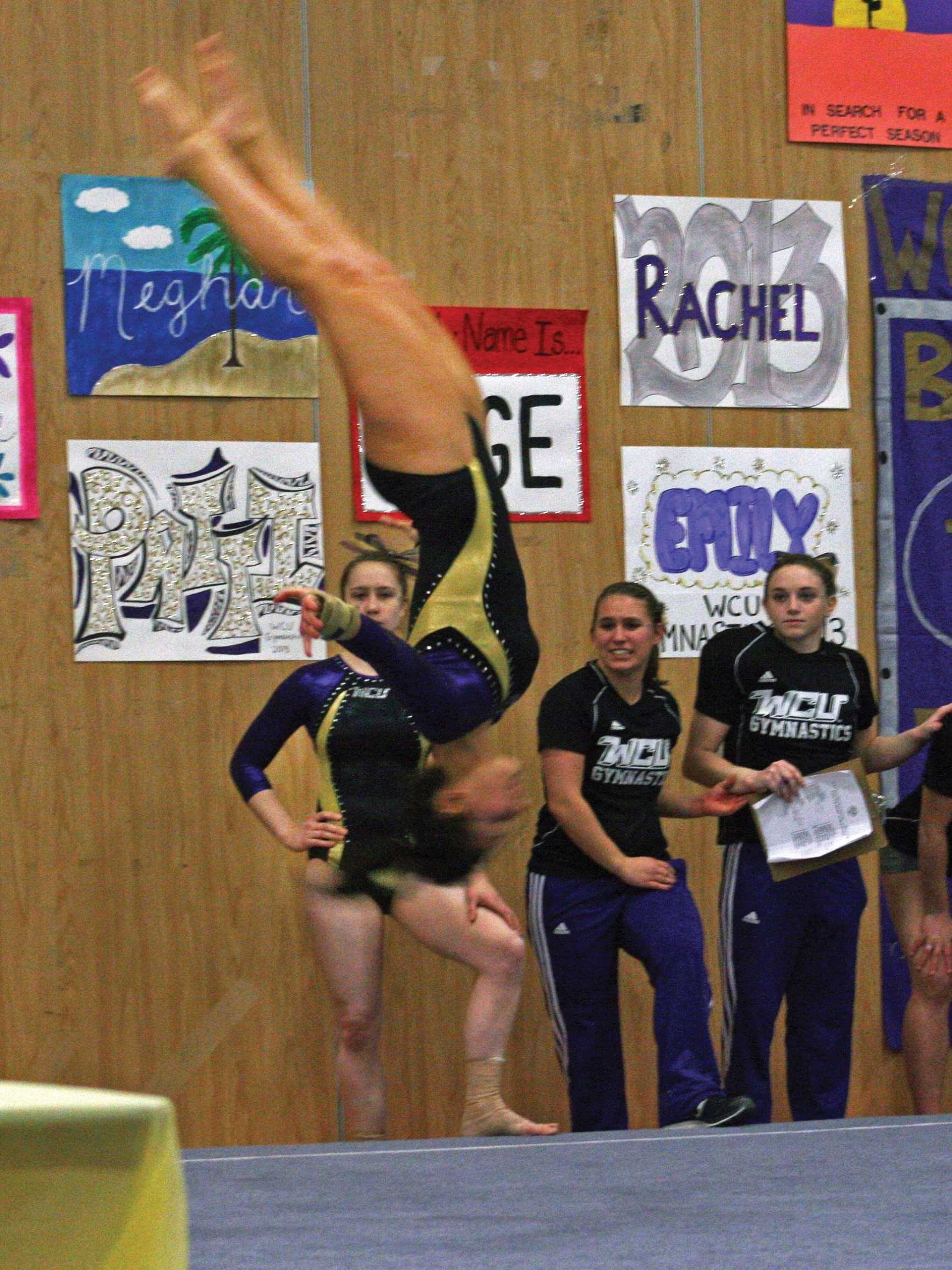 West Chester University’s women’s gymnastics team continues to have success as their season progresses. The Golden Rams traveled to Yale University on Feb. 16, where they scored 186 to place third in the quad meet against the University of Bridgeport and Springfield College. The Rams scored their highest vault score of the season led by sophomore Melissa Prisco scoring  9.625. On the uneven bars, freshman Meghan Brannon tied the school record that she had recently set with a huge score of 9.775 and junior Karen Laskaris was not far behind with a score of 9.6. The Lady Rams finished up the competition on the balance beam where senior Kaley LaFleur scored the team’s highest score of 9.55.

This past weekend, the Lady Rams set a season high of 189.350 to take the win over visiting Ursinus College inside Sturzebecker Health Science Center. The gymnasts started off the event with a strong showing on the vault where Prisco led with a score of 9.625 to win the event. Senior Melissa Voskian placed third with 9.575 while LaFleur and freshman Jacklyn Clark each posted a 9.5. On the uneven bars, the Golden Rams took the top four spots. Laskaris was the individual winner with 9.65, while Prisco finished second with 9.35. Junior Paige Griffin was third with a 9.3, and LaFleur was fourth with 9.2. The team then traveled to the balance beam where LaFleur won with a score of 9.575. Freshman Patti Konschak was second with 9.475 and sophomore Lauren Bilenki was fourth with 9.425. The Lady Rams finished up the competition with an amazing rotation on the floor exercise. The team was just shy of beating West Chester University’s school floor record. However, the Golden Rams posted a team score of 48.275, which led them to set a new season-best score. Griffin scored 9.775 on the floor exercise to take the win, followed by teammate Voskian with 9.725. Freshman Alyssa Hult competed floor for the Rams for the first time and walked away with a huge 9.65.

The Golden Rams are at home again next weekend where they will compete against Southern Connecticut State University, Springfield College, Rhode Island College, and Wilson College. This meet is also the senior meet for the Rams in which they will honor their four graduating seniors. The meet begins on Saturday night at 6 p.m. in Sturzebecker Health Science Center on South Campus. The meet will allow the Rams to continue to gear up for the ECAC Championships, which will take place at the end of March. The tournament will be hosted by the University of Bridgeport in Connecticut.

Emily Seigel is a third-year student majoring in early childhood education with a minor in reading. She can be reached at ES734640@wcupa.edu. 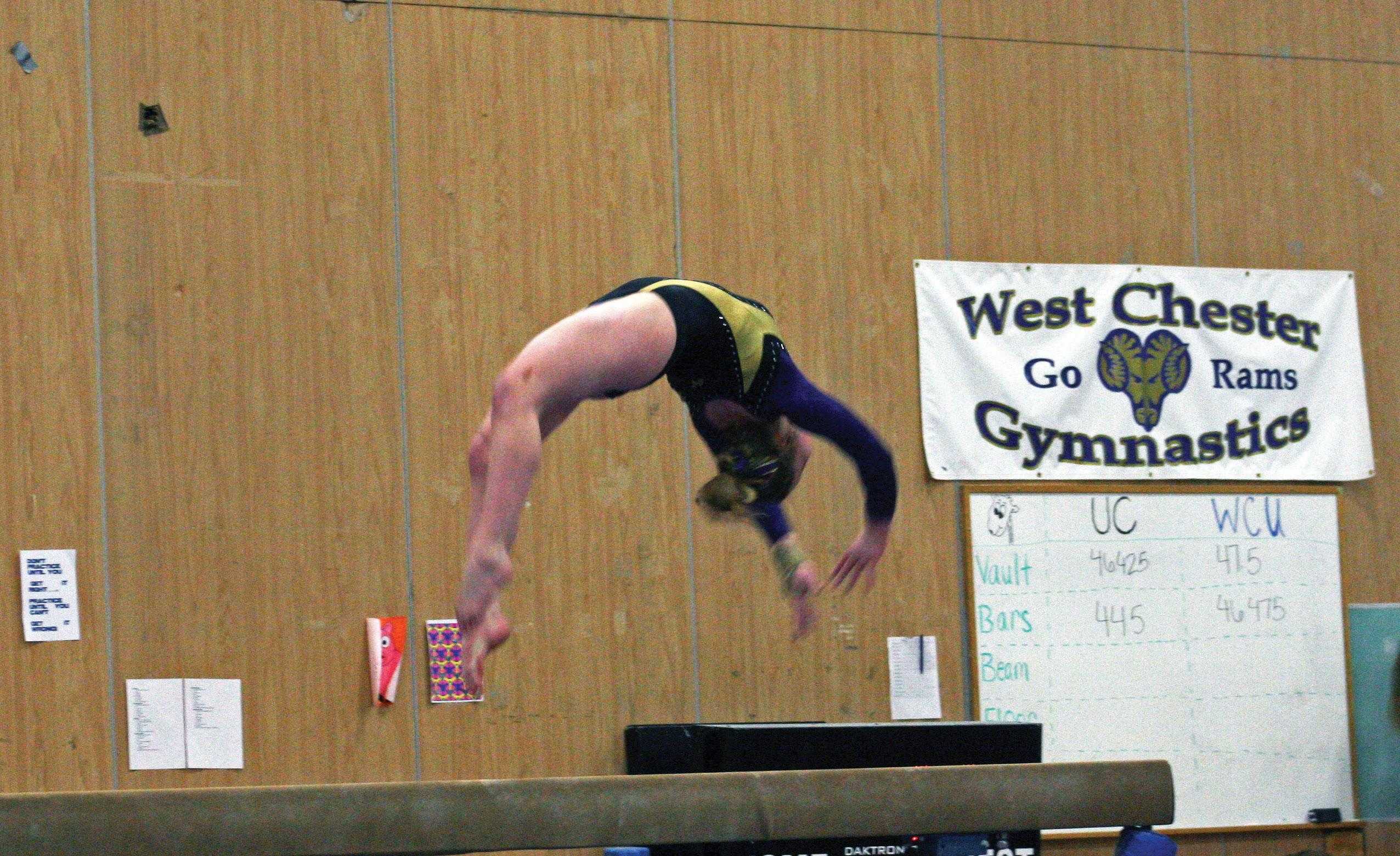