Greek Week begins with a bang 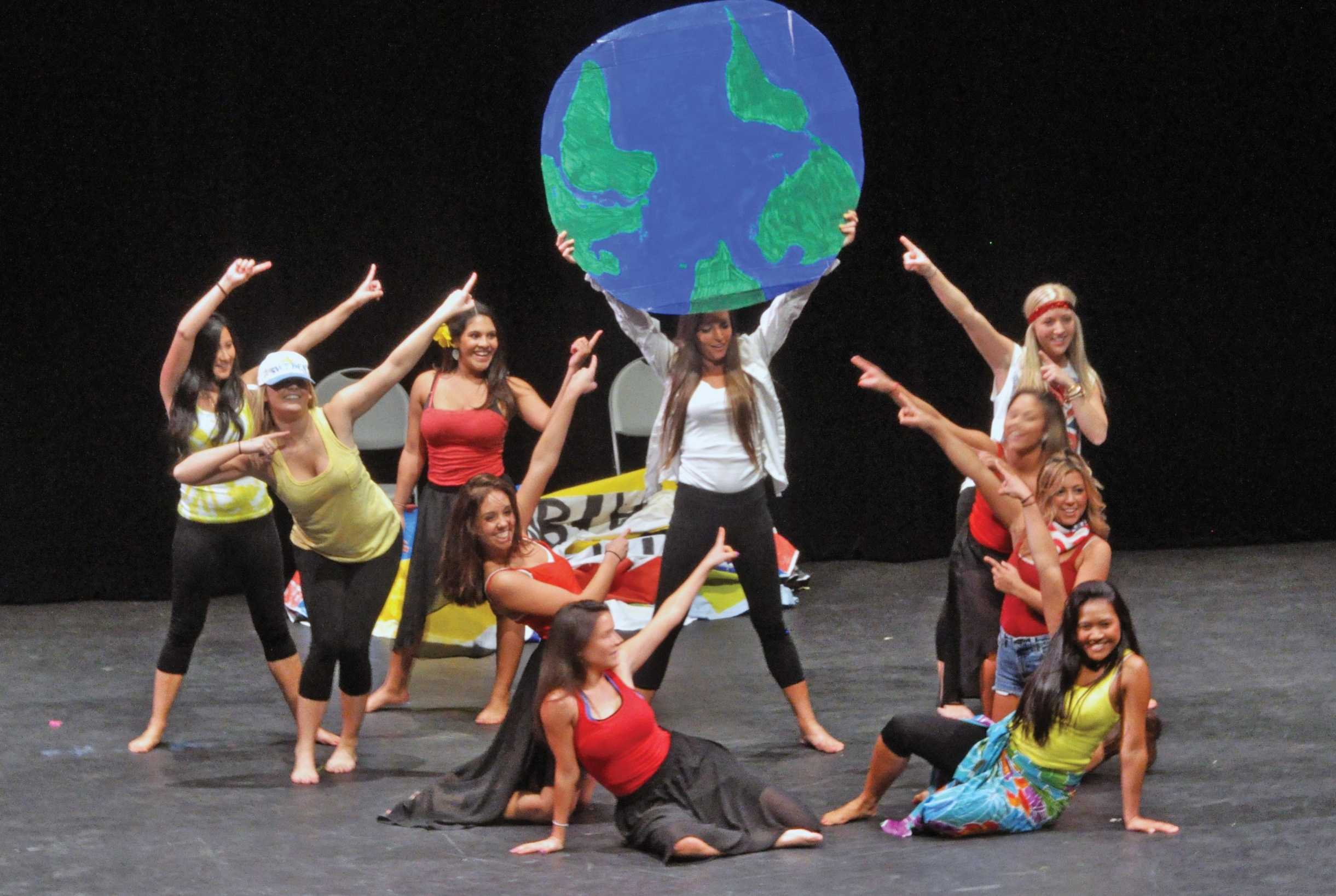 Greek Week has finally happened, and the battle for the title of Greek Week Champions was very heated.  Fraternities and sororities competed against each other in events beginning on April 14 in hopes to win the gold and to also unify Greek life.

An opening ceremony was held at 6:00 p.m. on Monday night in Asplundh Concert Hall, followed directly by Lip Sync. For the opening ceremony, each organization had two members come on stage to share their public motto or creed and explain why their association is special to them.  Lip Sync then started at 6:30 p.m. where each Greek team performed a short, but amusing skit that incorporated dancing and lip-syncing.

Each fraternity had a small group of men perform their skit.  Delta Chi had an entertaining Space Jam theme, while Sigma Alpha Epsilon chose to use the timeline of Justin Timberlake’s music career as their focus.  Sigma Phi Epsilon performed a Scooby Doo-themed skit, and Sigma Pi used many different songs and had one special guy come forward to lip sync the lyrics and serenade the ladies.

The women of Alpha Phi chose to base their skit on the negative stereotypes of Greek life versus how wonderful it really is, while Zeta Tau Alpha went with the clever theme of Around the World in 80 Days.  Delta Phi Epsilon performed a comical Finding Nemo skit, and Alpha Xi Delta used an old classic, The Breakfast Club, as their topic.  Phi Mu took the famous TV show The Fresh Prince of Bel-Air and gave it a twist for their performance, as did Alpha Sigma Tau with their presentation theme of Grease.  Next was Phi Sigma Sigma taking on Jumanji, followed lastly by Delta Zeta, who chose a more modern movie theme of Bridesmaids.

After all of the performances, the judges, who were members of the West Chester University community, took an intermission to choose the winners. Each group was judged on appearance, music, dance, skit, presentation, Greek unity, and knowledge of material.  First place received 35 points toward the Greek Week total, second place took home 25 points, and third place won 15 points.

The events for the rest of the week were open to all members of the WCU community, and everyone was encouraged to attend to finish off Greek Week 2013 strong.

Skylar Rack is a second-year student majoring in English. She can be reached at SR758781@wcupa.edu.